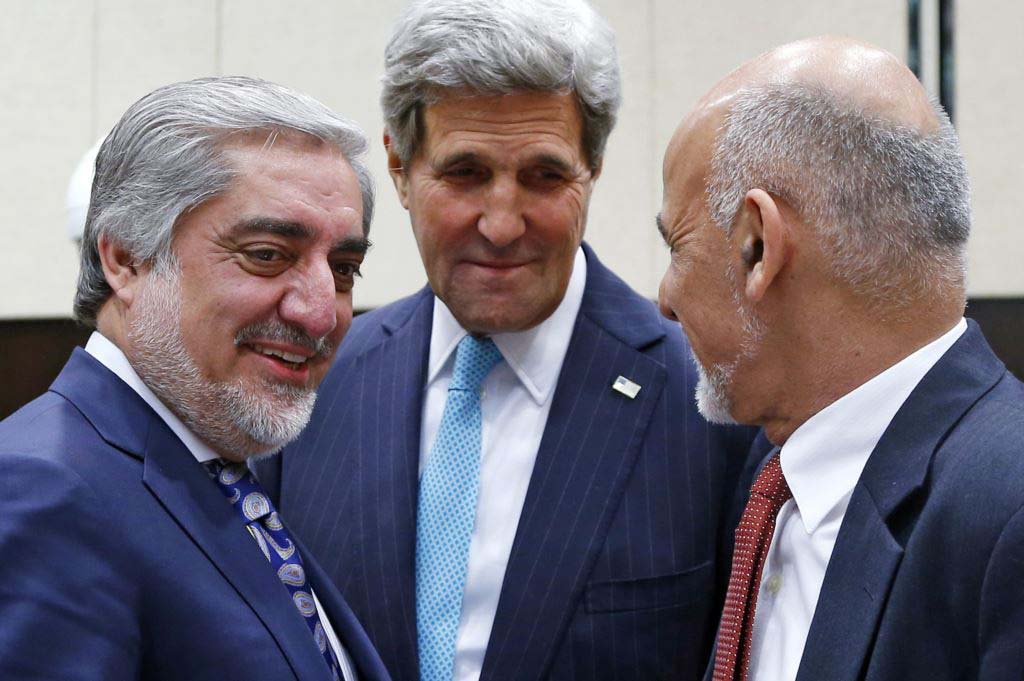 On September 29, 2014, Ashraf Ghani and Abdullah Abdullah signed an agreement, with the mediation of the US Secretary of States John Kerry, to form a National Unity Government (NUG) and the NUG completed its two years on Wednesday, last week.

The NUG had to deal with plenty of political, economic and security issues and challenges in these two years. On the one hand, the NUG had to confront the legitimacy crisis and political oppositions and on the other hand, it had to deal with differences between the President and Chief Executive which in recent months had grown more serious than any time ever.

The achievements, challenges and failures of the NUG in the past two years would be analyzed in this issue of the Weekly analysis.

Regional economic integration; the NUG has had achievements regarding economic integration in the region. The agreement of the TAPI pipeline which would transport Turkmenistan’s natural gas through Afghanistan into Pakistan and India was signed between the leaders of the four countries (Turkmenistan, Afghanistan, Pakistan and India) in January 2016.

In the first months of 1395, Afghanistan signed the “One built; one road” agreement with China and thus became part of China’s “New Silk Road” which connects China to Central Asia, Middle East, Northern Africa and Europe.

Economic Projects; in the past two years, some infrastructural projects have also been completed or inaugurated inside the country; one of them being the Salma Dam in Herat which was constructed with the help of India and has the capacity to generate 42 megawatts of electricity and irrigate 200 acres of land. The contract of Kajaki Dam’s expansion and installing four new turbines in this dam, which would increase the dam’s production capacity from 51 to 151 megawatts of electricity, was signed between the Ministry of Power and Energy and a Turkish firm. On the other hand, the NUG also signed the contract of Bakhabad Dam in Farah with an Italian company; the dam would have the capacity to irrigate 104 Hectares of land in Farah and would produce 27 megawatts of electricity.

The rise in of government revenue; although the rise in the government’s income is debatable; but still some reforms and changes such as taxes on telecommunication credit cards have played a role in increasing the government’s revenues and in this year the Afghan government for the first time in the past several years has had more revenue than the estimated revenue.

Getting support from international community; the Afghan government presented its schemes of reforms in the London conference (2014) which was warmly welcomed by the donor countries and hence 59 countries emphasized on their commitments to support Afghanistan. The NUG also succeeded to attract support from NATO and European countries in the Brussels Conference and is now preparing itself for the upcoming Brussels Conference; therefore, in the past several months the leaders of the NUG made efforts to reduce their internal differences and also on the eve of this conference, they also signed the peace deal with Hezb-e-Islami. The support of International Community particularly their financial support is significant to the Afghan government in order to fund the Afghan forces and some development projects.

The NUG’s challenges and issues

Legitimacy crisis; a major challenge that the NUG dealt with in the past two years was its legitimacy. The NUG was formed in violation of Afghan constitution and the post of Chief Executive, which was not predicted in the constitution, was created by the NUG agreement. Contrary to the promises, reforms in the electoral system were not brought and the Parliament’s term was, in violation of the constitution, extended for one year and some cabinet ministers also won the vote of confidence in this year. Besides that, the issue of calling for Loya Jirga (Great Assembly) also paved the way for the formation of a new opposition group against the Afghan government.

Deteriorated security situation; after the formation of the NUG, the country’s security situation was increasingly deteriorating. In the first stage, a wave of explosions hit the country particularly the Kabul city, the Shah Shaheed explosion and attack on the ninth police Headquarter and the building of the Ministry of Defense being the bloodiest of all. The Taliban’s fighting tactics changed and they started to capture districts and cities. The war expanded to the north of the country; some districts fell in the hands of the Taliban and the strategic city of Kunduz also collapsed and was controlled by the Taliban for two weeks.

The ISIS emerged in some province of the country and began its fight against the Afghan government and the Taliban in Eastern provinces and besides intensifying war, the group’s armed conflict increased civilian casualties and civilian casualties in this year hit new heights compared to the previous years.

Youth fleeing the country; the country’s worse security and economic situation forced hundred thousands of Afghans to immigrate to Europe. Thus the number of Afghan migration in Western countries unprecedentedly increased in the two years of the NUG and many Afghan educated and expert youth took dangerous paths to Europe.

Increasing mistrust towards government; based on some surveys, the public confidence on the NUG has been decreasing on a monthly basis. Based on the survey of the Center for Strategic and Regional Studies (CSRS) in 1394 (2015-2016), 78.76% of the people have expressed their lack of trust in the government and general situation in the country and in response to another question, 69% of the people have said the NUG had fewer achievements in the past one and half years.