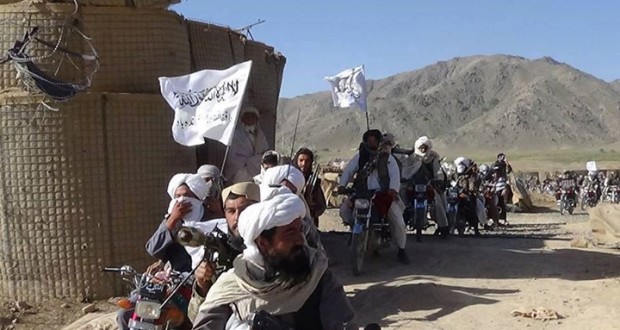 Since several months, Afghanistan’s security situation is deteriorating and the recent Helmand, Urozgan and Kunduz incidents underlines it.

Precisely one year after, the first collapse of Kunduz, once again, this city (except its airport) fell at the hand of the Taliban while the leaders of the NUG had traveled to Brussels to participate in the Brussels Conference on Afghanistan in order to attract international aids for this country. Coincide with that, the war in Baghlan was also warm and the armed Taliban had reached at the gates of Pol-e-Khumri.

Change in the Taliban’s fighting tactics

On 28 September 2015, for the first time in the past one and half decade, the Taliban seized control of a major city of Afghanistan-the Kunduz city. News about this event was highly reflected in domestic and international media and it was raised as a serious threat.

The Afghan government, later-on, launched vast operations to recapture Kunduz; but the recapture of Kunduz from the Taliban occurred after two weeks and since 2001, it was the first time that the Taliban and the Afghan security forces fought in a strategic city of Afghanistan. The collapse of Kunduz was the start of Taliban’s new tactic; because, by seizing Kunduz, the Taliban on the one hand, began to capture cities and on the other hand, strengthened their control over the captured areas.

Before the first collapse of Kunduz, the Taliban used to conduct guerilla operations on the Afghan and foreign forces. Particularly, the Taliban were involved in explosions or were sending their men to attack on some areas in major cities which did not aim to capture or control those areas; but after the Kunduz incident, the Taliban focused on capturing regions and strengthening their control in these regions. Thus, since the past one year, on the one hand, the Taliban’s fighting tactics are changed and has turned from defensive to aggressive and on the other hand, war has spread its scope from villages and remote areas to major places and cities.

The US military strategy in Afghanistan

Right after the formation of the NUG in 2014, the Afghan government signed Security Agreements with the US and NATO and it was hence due to this only 9800 US and 2000 NATO forces were supposed to remain in Afghanistan and in 2016 this number would have decreased to half. But this policy was postponed when the Afghan President and Chief Executive officer visited the US in March 2015 and Obama agreed to keep 9800 US soldiers in Afghanistan until 2015. Later-on in the backdrops of Kunduz fall, Obama changed its policy once again and stated that he would keep the 9800 US forces in Afghanistan to the end of 2016 and will decrease this number to 5500 in the first month of 2017. But later in July 2016, Obama announced that only 8400 soldiers would remain in Afghanistan by the end of 2016.

In 2015, the Afghan security situation deteriorated and consequently, on the one hand, it destabilized the US policy towards Afghanistan and on the other hand, it signified the fragility of Afghan security forces. Some while ago, in the Warsaw International Conference, the international community decided to support Afghan security forces until 2020. In the meanwhile, coincide with the intensification of war in Helmand and Kunduz and deterioration of security situation in the country, the United States on the one hand, unlike its previous policy, deployed new troops in Helmand and on the other hand increased its airstrikes which killed and injured many civilians in the eastern regions of the country. Increase in the role of foreign troops in the battlefield would, once again, strengthen the moral of the Taliban fighters.

Currently the country is in worst security situation compared to the past one and half year. Based on the report of the United Nations (UN), armed conflict in May, June and July has increased 14.7% compared to the first three months of this year and the Taliban conducted bloody wars in Helmand, Jawzjan, Kunduz, Takhar, Urozgan, and some other provinces and districts of the country. Thus, the Afghan security forces confronted many challenges and a number of districts and Kunduz city collapsed at the hands of the Taliban.

Between 20 May and 15 August, the UN has documented 5996 security incidents which show a 4.7% increase compared to similar period of time in 2015. Besides that, 268 incident of assassination is also documented, 40 of which were failed attempts.

On the other hand, after a relative defeat, the ISIS, once again, began to re-emerge in the eastern provinces of the country and also claimed the responsibility of a bloody explosion in a demonstration of “Enlightenment Movement” in Kabul.

Given the recent security incidents in the country particularly the fact that Urozgan almost collapsed, the collapse of Kunduz for a second time and heavy civilian casualties in the airstrikes of foreign troops; one can easily estimate the country will face immense challenges in the future.