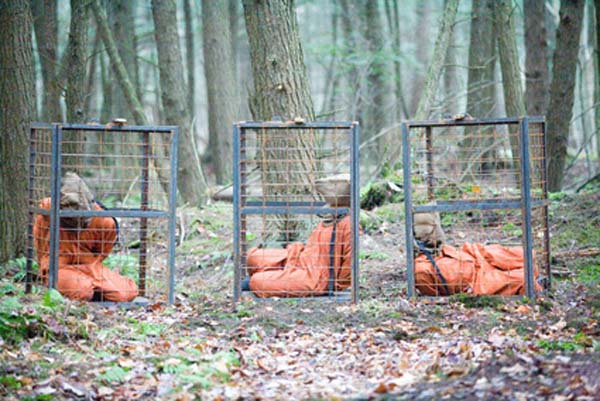 Even though the United State is not a member of the ICC, Americans could still face prosecution at its headquarters in Hague if they commit crimes in a country that is a member. Since Afghanistan is a member country of ICC, therefore, investigation of crimes committed by the US forces in Afghanistan is in this court’s jurisdiction.

The United States has committed war crimes in Afghanistan while this country believes itself to be the supporter of human rights worldwide and criticizes other countries for human rights violations.

The US senate’s report

After the US attack on Afghanistan in 2001 until 2013, there have been no report about the US war crimes in this country, but in the past three years, two reports were released in this regard, the first of which was by the US senate and the second is the current report of ICC.

The US senate’s report about torturing detainees in Guantanamo released at the end of 2014 was the confession of the highest legislative institution of the United States about the human rights violation by this country.

A glimpse to the US senate’s report shows that compared to what really happened in Guantanamo, this report has covered some more insignificant cases in order to hide the other horrific crimes that occurred in this prison. In this report, confessing to some cases of tortures such as slapping, humiliating, slamming prisoners to walls, keeping prisoners naked in the cold, sleep deprivation and waterboarding, efforts are made to conceal other cases of horrific tortures.

In addition, sometimes small parts of these tortures were heard from those who had been released from Guantanamo and even photos and videos of torture were released. Two Afghan Guantanamo prisoners Abdul Rahim Muslimdost and Mullah Abdul Salam Zaeef have published their memoires after their release from this prison. Mullah Abdul Salam Zaeef a former prisoner in Guantanamo prison has published a book (a glimpse to Guantanamo) about the physical and psychological tortures in this prison.

The recent report of ICC

In its recent report released on 14 November 2016, ICC has looked into war crimes in different countries and has pointed out the war crimes committed in Afghanistan as well.

The report states that from January 2007 to December 2015, the armed opposition groups of the Afghan government has killed 17 thousand civilians in this country and have carried out attacks on protected places such as schools, civilian government offices, hospitals, mosques, and charities.

The report has as well as pointed out torture, rape, mistreatment of prisoners and other crimes committed by the Afghan National Directorate of Security, National Police, Border Police and Local Police. At present, an estimated 35-50% of conflict related detainees might be subject to mistreatment and torture in Afghan detention facilities.

About the crimes of the US forces in Afghanistan, the report states that the US military forces and members of the US Central Intelligence Agency (CIA) has tortured at least 88 persons (61 by US armed forces and 27 by CIA).

This preliminary examination report states that these crimes have been committed during the presidency of George W. Bosh, and the US army has cruelly treated these prisoners and has violated their dignity.

Recently after rise of tensions in the US-Russia relations, criticizing the United States, Russia said that those US soldiers that have committed war crimes in Afghanistan have not been prosecuted and Afghanistan should try them in its internal trials.

Although, ICC has not presented specific statistics about the war crimes during the years of war and later during the presence of foreign forces in Afghanistan but in its recent report, this institution has indicated to some limited patterns of war crimes committed by the US forces against innocent prisoners.

The fact is that arresting and torturing innocent prisoners is not the only crimes of the US forces, but in the past one and half decade, these forces have killed and wounded thousands of innocent Afghans including old people, children and women in their airstrikes, night raids and other operations and have detained and imprisoned many innocent individuals, many of which have lost their lives under torture. All these killings are carried out deliberately and are war crimes. The best example is bombardment of the MSF’s hospital in Kunduz; the hospital officials had given the exact coordinate of the hospital to the US troops and during the bombardment they had contacted the coalition forces and had told them that they are “destroying the hospital”.

Hiding all these crimes and releasing this brief report to restore the dignity of this institution, ICC is on the one hand trying to ignore the crimes that foreign troops have committed in the past several years and on the other hand portrays itself as observer of the situations.

The consequences of tortures and mistreatments

Information that has come from the tortured detainees is often incomplete or incorrect, but mostly after their release, these prisoners become extremists. For instance, before being imprisoned, Abdul Rahim Mulimdost did not have connections with the Taliban or Al-Qaeda. He was a small businessman who traded soap in Peshawar in Pakistan and spent his free time writing and translating books and essays. But after his release from Guantanamo he was, once again, chased by the United States, because two years earlier, he was a significant member of ISIS under the leadership of Abu Bakr-al Baghdadi in South Asia. Although due to various oppositions, he left this group.

In 2013 and 2014, the former Afghan President Hamid Karzai had also opposed the Bagram Prison to the factory that produces the Taliban and had said that humiliation and insult in Bagram prison urges the prisoners to stand against this country.