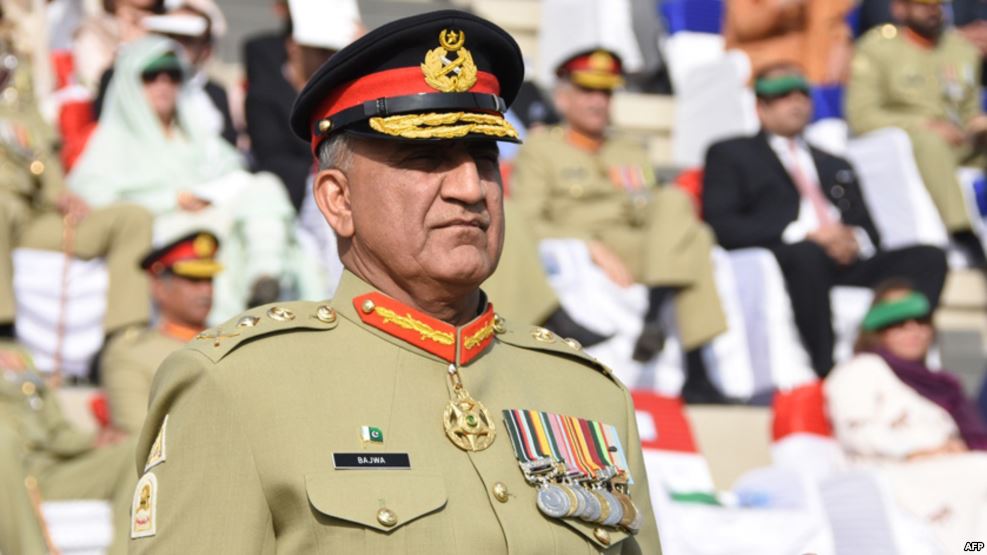 The Afghan President Ashraf Ghani met Pakistani Prime Minister Nawaz Sharif at the sidelines of the Global Conference on Sustainable Transport in Turkmenistan and in the meanwhile, the former Pakistani Chief of Army Staff Raheel Sharif, before the end of his tenure, made a phone call to the Afghan Chief Executive Dr. Abdullah Abdullah.

After Raheel Sharif’s tenure nearer to its end, Nawaz Sharif appointed Lieutenant General Qamar Bajwa as the new Pakistani Chief of Army Staff (COAS). The new COAS would deal with issues such as “terrorism”, the Kashmir issue, future relation with Afghanistan and India and Trump’s triumph in the US presidential election.

The Pak-Afghan relations after the Torkham incident, efforts to improve bilateral relations between the two countries, change of military command in Pakistan and its future challenges and the impacts of this change in command over the Pakistani foreign policy are the issues that are analyzed here.

The Torkham incident deeply affected the bilateral relations between the people of the two countries as well as their governments and after this incident tension between the Afghan National Unity Government (NUG) and Pakistan reached new heights. Since then, no meeting, telephone calls nor did any visit occur between the senior officials of the two countries. In the contrary, both sides accused each other of using one’s soil against the other. For instance, after the bloody explosions and attacks in Quetta, without conducting any investigation, Pakistani officials said that, “Assailants came from Afghanistan.” [1] On the other hand, Kabul also said that the attack on American University of Afghanistan was planned inside Pakistan[2]. Likewise, besides four other countries-Bhutan, Nepal, Sri-Lanka and India, Afghanistan boycotted the 19th SAARC summit in Islamabad and in addition, Ghani sharply criticized Pakistan while addressing the NATO summit in Warsaw.

Bilateral relations between the two countries were also weakened in economic fields. According to the Afghan Chamber of Commerce and Industries (ACCI), imports from Pakistan is decreased to half; in 2010-2011, the value of bilateral trade between the two countries was $2.5bn, but now it is declined to $1.5bn. Moreover, importation of flour from Pakistan was also affected and customs duties on Pakistani goods were also augmented.

Even though, after the Torkham incident, the Afghan and Pakistani forces had exchanged fire in Spinboldak-Chaman area and Pakistan also introduce a unilateral flag lowering ceremony at Chaman border, which the Afghan government termed as “provoking and against commitments between the two sides.” [5] Nevertheless, in the aftermath of exchanged firing in Torkham, Pakistanis also took some initiatives to regain Kabul’s trust; but it seems as if all these efforts were in vain.

One week after the Turkham incident, the Afghan Deputy Foreign Minister for Political Affairs traveled to Pakistan and talked to Pakistani officials regarding the incident. Then the Afghan Minister of Foreign Affairs Salahuddin Rabbani met Pakistani Prime Minister’s Foreign Policy Advisor Sartaj Aziz at the sidelines of Shanghai Cooperation Organization’s summit in Uzbekistan and both sides agreed to respect each other’s territorial integrity and to avoid intervention in each other’s internal affairs. In addition, at the sidelines of this summit, the Afghan President Ashraf Ghani met Pakistani President Mamnoon Hussain and discussed bilateral relations between the two countries.

After these two meetings, Islamabad welcomed the peace accord between the Afghan government and Hezb-e-Islami and said,” We want peace in Afghanistan and we support the Afghan-led peace process.”

Besides that, the former Pakistani COAS General Raheel Sharif, made a phone call to the Afghan Chief Executive, and talked about improving bilateral relations between the two countries.

On the other hand, in the Afghan and Pakistani Presidents’ meeting at the sidelines of the Global Conference on Sustainable Transport, the Pakistani side stressed on political relations, security cooperation, trade and transit, economic solidarity, and strengthening relations between the people of the two countries and demanded the resumption of Quadrilateral Peace Talks, in addition, the Pakistani side emphasized on cooperation between the intelligence, security and anti-terrorism administrations of both countries in order to tackle “terrorism”. This meeting occurred at a time while Pakistan’s military command changed and General Bajwa took the Powerful General Raheel Sharif’s position as Pakistan’s COAS.

Pakistan Army’s change of command and the future challenges

The new Pakistani COAS Qamar Jaweed Bajwa has most recently been the Inspector General of Training and Evaluation of the Army and has also commanded a UN peacekeeping mission in Congo.

Pakistan’s change of military command comes at a time when on the one hand, the Kashmir issue and relations with India and Afghanistan are in critical conditions and on the other hand, inside the country, Pakistani military has to confront challenges such as deteriorated security situation (in Baluchistan, tribal areas, Southern Punjab and Karachi), anti-terrorism struggle, and securing China-Pakistan Economic Corridor (CPEC).

In 2013, when Nawaz Sharif became Pakistan’s Prime Minister, Pakistan’s Muslim League (Nawaz) tried to take control of Pakistan’s foreign policy particularly affairs related to Afghanistan and India; but later, due to demonstrations of Imran Khan’s Tehreek-e-Insaf party in 2014 and 2015, Pakistani Army appointed Naser Janjua as National Security Advisor to replace Sartaj Aziz. In the meanwhile it brought the Afghanistan and India’s issues under its own control. In the meanwhile, recently, due to a revealing report of a Pakistani newspaper (Dawn), differences between Pakistan’s military and civilian government is increased. Future events may show how the new Pakistani COAS deals with these challenges.

Change in Pakistan’s military command and its impacts

We have analyzed the impacts of Pakistan’s military change of command in the following lines:

Fight against terrorism: generally, the fight against terrorism in Pakistan began by General Pervez Musharaf, it was continued by General Kayani in his two pillar policy (war and peace); then General Raheel Sharif began to conduct some tough operations such as Zarb-e-Azb against the militants (particularly Anti-Pakistani), which increased respect for Raheel inside Pakistan. The new Pakistani COAS will also follow in the footsteps of Raheel Sharif and would not bring considerable change in Pakistan’s anti-terrorism fight. Therefore, according to Pakistani Minister of Defense Khawaja Mohammad Asif, not many changes will occur in Pakistan’s policies with the change of its military command.

India: although Sharif’ prestige increased due to his fight against terrorism; but because of Indian Army’s “surgical strikes”, his prestige was somehow damaged. That is why in his recent speech, he sharply criticized India. The new Pakistani COAS is vastly experienced in Kashmir and Pakistan’s common border with India. Besides that, Pakistan is also under India’s propaganda war when it comes to international terrorism and Kashmir issue. The new COAS will try to break down India’s this propaganda war and decrease tensions at Pakistan-India border.

[5] News Release of the Ministry of Foreign Affairs of the Islamic Republic of Afghanistan on the Recent Actions Taken by Pakistan along the Durand Imaginary Line, read here:
http://www.mfa.gov.af/en/news/ministry-of-foreign-affairs-press-release-regarding-pakistan-last-actions-regarding-durand-line