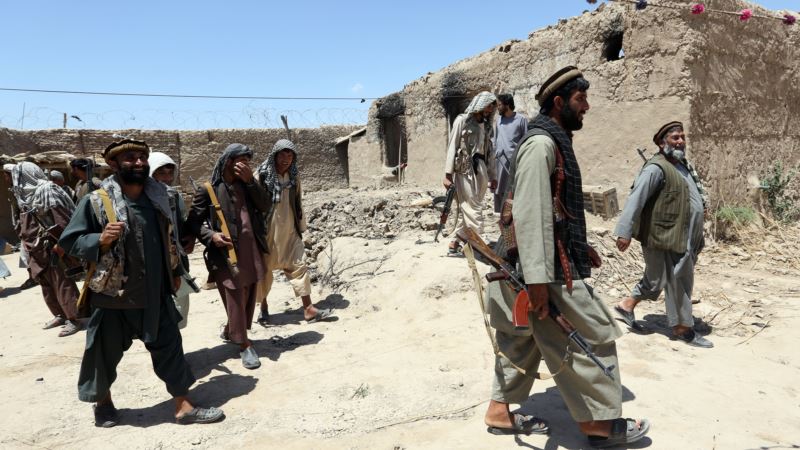 After the expansion of sweeping insecurities in northern Afghanistan the local officials decide to form local militia groups to tackle the threats posed by Taliban to the local government. Mohammad Omar Safi, Kunduz government disclosed formation of a one thousand-person local militia group to fight against Taliban.

Now, the question arises, can such militia groups maintain security in the country? And more important is that will the central government be able to control the newly formed groups at the end of the mission? Who can guarantee that the group will not turn into another challenge?

The experience of the last communist regime (1979-1991) shows that the need for militia groups was felt when the government lost confidence on its security forces. Now, has the country entered in such a condition?

The Arbakies (Militias) of Gen. Petraeus

When Gen. David Petraeus was appointed as the commander of international forces in 2010 in Afghanistan he expressed his decision of Militia to tackle Taliban attacks. Petraeus applied the same idea in Iraq. His decision of militia groups with the support of Sunni tribal groups could weaken Al-Qaida temporarily, but he did not take into account that the situation in Iraq and Afghanistan are different. Afghanistan had already experienced the idea. The role militias played in civil war of Afghanistan was very vivid.

The “Disarmament, Demobilization and Reintegration” (DDR) was initiated in Afghanistan after the US invasion and oust of Taliban. The core reason behind DDR was to pave the way in the war torn country for economic development.

The program took start in Afghanistan in 2003 under surveillance of UN and with the financial support of Japan, which was the top-first donor to the program.

According to the program, the irresponsible armed groups were disarmed, because the duty of security and defense was put on the shoulders of national police and army. No one except these forces was not allowed to have weapons. In the meantime, the local irresponsible warlords were to obey the orders of central government.

From the beginning, the setbacks of the program were very clear. Because most of the surrendered weapons were worn-out that could clearly express the intentions of the warlords.

Later on another program of weapons collection started under the name of DAYAG. But that was not better than the previous DDR.

If the government is to form militia groups, it is not possible but to organize them on ethnic lines and tribal tendencies. Each commander of militia group will select his subordinates from his own ethnicity. In the meantime the ethnic tensions in the provinces cannot be denied. Therefore, if members of one ethnicity joins the militia group the other will feel threatened and for them the only option will remain to join the armed opposition of the government.

The Experience of Arbakies in Provinces

The Afghan government just values to defend an area against the armed opposition, but sometimes the defense results on the weakness of the government.

The core example of that is Kunduz where the governor talks of one thousand armed militia. In this province, the Arbaki militias have been active for the last few years that turned the life bitter for people. The Arbakies ask money from the people for the pretext that the government does not pay them. In sometimes even international institutions have published reports regarding people harassment by the Arbaki militias.

In 2012 an incident happened in Kunduz that even the governor could not justify it. In late August of the year, some Arabkies killed dozens of children, elders and women in “Loy Kalam” village after the killing of their local commander by Taliban.

The question arises, if these people have no links with the government, then from which source do they receive arms and money?

The militias can be useful if they are under direct command of national police, but practically it seems difficult.

The militia groups in Afghanistan are under the command of a local warlord who does not have good background among the people. The militias do not accept restrictions being imposed in national police admission. They are as free that much remain loyal to the warlord. Being free from any restriction turned them into a menace for the people.

The Human Rights Commission of Afghanistan accused the Arbakies for 80% of human rights violation in the country. One of the commission’s commissioner expressed to the media that their study reveals that the militias violate human rights by harassing the women and children.

The question being arise is that is the government frustrated of the capacity of its own security forces for the sake of security?