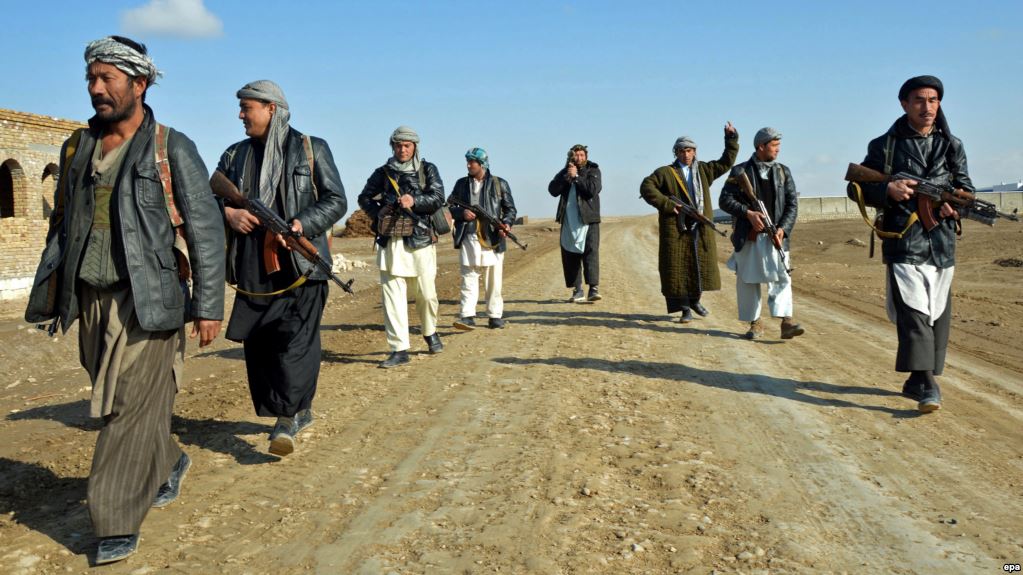 The Afghan Ministry of Defense has prepared a scheme to form militia forces in the insecure areas of the country. The ministry says that military experts are working on the plan and that it is in its primary phases. This plan will be finalized after the approval of National Council of Security and signature of the President. Although the details about the number of these forces and areas where they will be formed are not clear, it is said that more than 20 thousand people would be recruited in its ranks.

According to the Afghan Ministry of Defense, there is no concern about these militias, and they will play a positive role in securing the insecure areas in the country. However, the Afghan Senate and Human Rights Watch (HRW) have opposed the proposal and have asked the Afghan President to reject it. HRW has termed the formation of this force as “forming militia forces” and has warned of its consequences.

The question is that considering the past experiences, what will be the impacts of using local forces and militias on the security situation in the country?

The experience of forming militia forces in Afghanistan

Militias, paramilitary or semi-military forces are forces that are formed out of the governmental military’s disciplines and organization and are usually formed in rural areas. The main objective behind the creation of such force is to strengthen regular government military and to use them in security and operational plans of the government.

During the reign of Ahmad Shah Baba some Khans and elders of the villages who controlled their areas had militia forces to secure their respective regions. Later during the kingdom of Habibullah Khan, the Arbaki forces were created. These forces were armed and guarded their respective regions; however, they had no salary on behalf of the government. During Abdurrahman Khan’s rule in Afghanistan, there was a sort of armed forces who were present in the villages and suburb areas and were called the Dastajat-e-Qabayel [categories of tribes].

Although during the feudal systems there existed paramilitary forces, after the coup d’etat of seven Sawr 1397 [solar year], militia forces came under the supervision of defense and security organs of the country. At that time the objective of creating militia forces was to prevent the opposition groups of the government from penetrating in the suburb areas and villages. [1] However, these militias were not completely committed to the government, and they shifted sides with the change in the regimes. Many of these militia forces were involved in the plundering of people’s properties as well as in their persecution and execution.

After the civil war, militia forces still existed in the country. Militias under General Abdul Rashid Dostum’s command were accused of killing and crimes against the people in Kabul and Northern provinces. The same militias were also accused of the massacre of war prisoners in 2001-2002. [2]

About seven years ago, after the intensification and expansion of the war in Afghanistan, David Petraeus came to Afghanistan in 2010 to replace General Mc Crystal as the commander of the international forces in this country. Using the experience in Iraq, Petraeus undertook the program of forming militia forces as a solution to deal with the Taliban issue. The Afghan government approved the scheme under the name of “Afghan Local Police (ALP)”. [3]

The experience of forming local police who are called Arbaki in Afghanistan is a bitter experience for Afghans because they were accused of widespread human rights violation as well as persecution of the people.

Although the spokesperson of the Afghan Ministry of Defense Dawlat Waziri says that based on the new scheme of “local forces”, these forces are neither local police nor militia, Afghanistan has a disastrous experience with the armed groups and, now, there are concerns that distribution of weapons among civilians would raise new challenges. Based on the new scheme, 20 thousand people will be armed. Since such a force could increase disorder, plunder, and armed engagements, this proposal sparked various reactions.

Based on the report of the New York Times, the issue was discussed in the capital of India New Delhi among the Afghan and American officials, because India has such military forces as well. The American military believes that the local forces in India have decreased the burden from the shoulders of the Indian military and they say that the local military can play a significant role in their respective regions after the Afghan National Security Forces forced wiped out the oppositions of the Afghan government from these areas. [5]

As stated by the Afghan military officials, these forces will defend their respective villages and areas as a local army. Nevertheless, the experience of local police was a failed one, and they are accused of violating human rights, murdering, looting, bullying and abusing.

The difference between the local army and local police

One of the arguments in favor of creating local forces is to fill the gap that emerges when after cleansing an area from the armed oppositions of the government, the national army leaves that region. The former commander of NATO forces in Afghanistan, General Petraeus, had created local police for the same reason. It is said that the creation of the local army is also an American scheme but the Afghan Ministry of Defense says that it was raised in this ministry.

The difference between these forces and the Afghan National Army is that they are deployed to their own villages and regions and do not move from one province to another. It seems that the only difference between these forces and the local police is that the latter operates under the supervision of the Ministry of Defense while the former operated under the Ministry of Interior. There is the probability of violating human rights, persecuting and abuse on behalf of these forces as well.

The formation of the new military forces is a repetition of the experience of local police or Arbakis. The question is if the objective is to maintain the security, why the Afghan government does not strengthen and professionalize the Afghan security forces.

Given the following points, local forces and militias have harmed the process of uniting the nation and securing the country throughout the history and have had an adverse impact on the process of state and nation building in the country:

[2]  The militias of General Dostum: