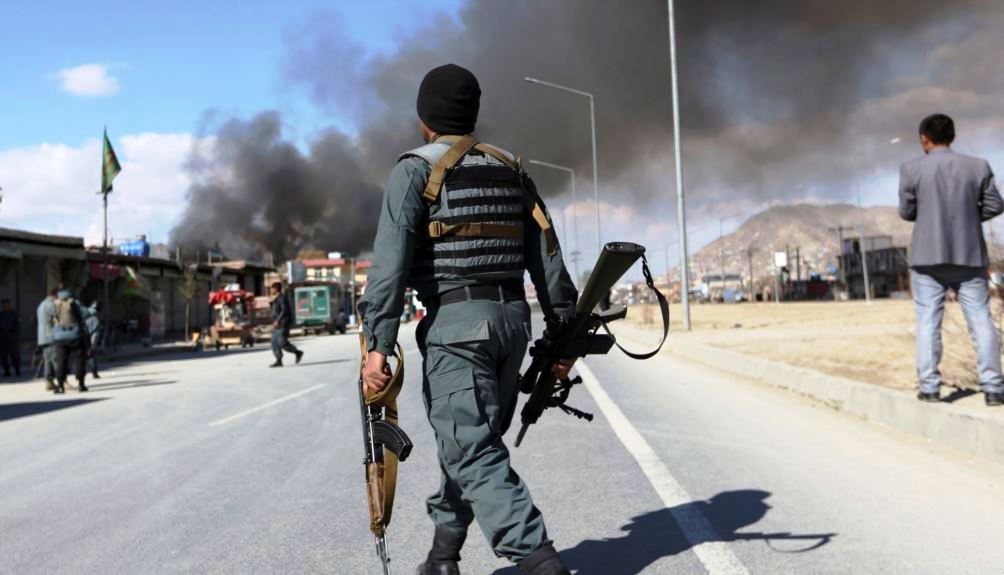 The US and NATO came to Afghanistan under the slogans of maintaining peace and stability in this country. After 16 years, their presence has not brought peace and stability but rather has fueled the war until now. The continuation of the war has deepened the challenges of the country in various areas and has augmented the desperation of Afghans for a better future. That is why in the recent few years, hundred thousands of Afghans have taken various paths to the European countries, most of them were forced out in the neighboring country, and this crisis continues.

Amnesty International has recently demanded from the Afghan government to prevent the forced repatriation of Afghans from European countries by projecting an image of the real situation in Afghanistan to the world. Officials in this international institution reiterate that nowhere in Afghanistan is safe including its capital city and that the current situation means that this country is not a safe place for Afghans that are returned from European countries. They have also said that the Afghan government has failed to distribute necessary aid among these returnees.

Here you would read about the security, social, economic, political situation of the country as well as the need to present a real image of the situation on the ground in Afghanistan.

The ongoing war in Afghanistan is deteriorating and costs the lives of dozen Afghans on a daily basis. More than 100 people killed and hundreds injured in the most recent security incidents in the country. Only in the recent two security incidents in Ghazni and Paktia, more than 80 were killed, and 300 others were wounded.

After the announcement of the new US strategy towards Afghanistan and South Asia, the US airstrikes in Afghanistan have increased and civilian casualties in these attacks have doubled. Based on the report of the US military command in Afghanistan, in the first eight months of 2017, the US forces have dropped more than 2000 bombs in Afghanistan, which is twice a number of bombs dropped in this country in 2016. [1]

In its most recent report, UNAMA has written that from January to September 2017, 2640 civilians are killed, and 5379 others are injured in Afghanistan, 466 of which are killed in the airstrikes carried out by foreign forces, 66 of which were children and women. This number of civilian casualties caused by airstrikes shows a 52% increase compared to the statistics of the same period last year. [2]

The most recent airstrike by the US forces claimed the lives of 15 members of the two families in Kunar province. The airstrikes of the foreign troops have also inflicted heavy civilian casualties in other provinces of the country. These attacks left 15 killed and 5 injured in Herat province and 13 killed and 12 wounded in Lugar province. Moreover, in several cases the Afghan forces were also targeted by these strikes; nevertheless, the National Unity Government (NUG) remains silent.

In addition to civilian casualties caused by the war, airstrikes, and deadly explosions, crimes are another challenge in the field of security in Afghanistan. Based on the statics of the statistic organizations of the country, thousands of crime incidents occur in the country on a yearly basis, and it is rising every year.

After the formation of the NUG, some infrastructural projects were completed or inaugurated, and the incomes of the government also increased in comparison to the previous years, one of the reasons behind which was the tax on the customers of the communication companies. However, the overall economic situation of the country was deteriorating compared to the past one and half decade. Afghani depreciated to its lowest rate (in 2015 the value of Afghanis against US dollar was 57.76 Afghanis per dollar. Currently, one US dollar is exchanged against 68.30 Afghanis), unemployment has reached new heights, assets flee the country, the country’s economic growth is falling, and more than 40% of Afghans live below the poverty line.

In its recent report, the World Bank reported that 1.9 million people in Afghanistan were unemployed. Moreover, according to Head of the Worker Unions of Afghanistan, every year 400000 youth are added to the unemployed population of the country. [5]

Based on the remarks of the Afghan President, poverty is a major challenge for Afghans, and 39% of Afghans live below the poverty line gaining 1.35 dollar a day. It means these people eat only once or twice a day and have limited facilities to send their children to schools. [6] According to Mr. Ghani, 15% of Afghans sleep hungry every night.