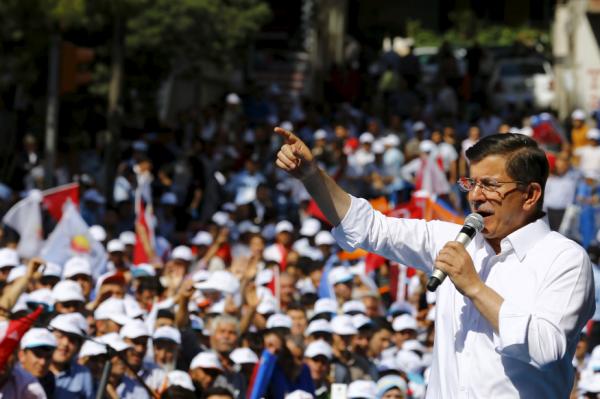 The Turkish Parliamentary elections took place on June 7, 2015 in order to elect 550 members to the Grand National Assembly of Turkey. The Justice & Development Party, which is in short known as AK Party, won more seats of Parliament compared to any other contesters. Even though, the AK party has won the largest share of votes, but it has lost its majority in the Parliament. Therefore, AK party cannot single-handedly rule the country anymore; it needs the support of other parties to form a coalition government.

Now, the questions arise, what are the different future scenarios of govt. making in Turkey? Whether the AK Party and Erdogan has really failed and lost the elections? And what would be the regional impacts of next coalition government in Turkey?

The Background of Islamism in Turkey

When the Umayyad dynasty was destroyed in Spain, the Ottoman Empire was on the rise in Turkey and until First World War, the Ottoman Empire was the last symbol of Islamic Caliphate which could include a large number of Muslims and their concerned territories. But, After the World War One and with the victory of allied powers, not only the Arabs, but most of the Muslims relinquished the empire. The center of Caliphate (Turkey) was replaced with Mustafa Kamal Ataturk’s secular autocratic government, which later-on becomes against the Islamic identity of the country. For instance, he changed the Ottoman Turkish alphabet from Arabic to Greek alphabet, Azan was banned, and no one could wear a cap and so on and so forth.

After the World War II, under the leadership of Adnan Menderes a movement emerged in Turkey whose goal was the revival of Islamic identity in the country. Therefore, he promised in 1950 elections that Azan will be changed back in Arabic. He ruled Turkey from 1950 to 60, but in May 27 of 1960 his government was toppled down as a result of a military coup by the secular army and finally was executed in September 17 of the next year. The allegation against him was that he used “religion” as a tool in politics and according to an allegation, he once said that members of parliament could bring back Caliphate if they so desired.

The movement was banned with the execution of Adnan Menderes. In 1969, Necmettin Erbakan started another movement which faced different problems. His party had been banned thrice. But, In the Parliamentary elections of 1995, his party won the election and formed a coalition government. However, in 1997, his government was ousted by military coup and many members of the movement were imprisoned.

In the 1990s, Recep Tayyip Erdoğan, Abullah Gul and most of the AK party members were in Erbakan’s party, but after the coup the differences emerged with Erbakan and finally Erdoğan founded the Justice & Development Party in 2002. They took part in 2003 Parliamentary elections and after winning it, they formed government. They won in the 2007 and 2011 parliamentary elections. The main reason behind the consecutive successes was the party’s economic achievement.

AK Party: A Winner or Loser?

After the June 7 Parliamentary elections’ result announcement, the western media considered the AK party as a loser in elections, even though it has won more seats in the Parliament compared to other political parties. First of all calling the AK party as a “loser” is not correct. It is only a western propaganda and the emergence of yellow journalism in the news outlets.

In addition, some media outlets even reflected these election results as that the Turkish people have rejected the policies of Mr. Erdoğan! It is not only a fanatic calculation but is also a very superficial analysis.

Though no one can deny that the AK party has less seats in this elections compared to its earlier elections, but it has its own reasons. According to some analysts one reason was the internal differences among the AK party leadership. Another reason was difference with Muhammed Fethullah Gülen, a US-based-clergy who was previously an ally of Erdoğan.

If the Turkish people really rejected the so called “Dictatorial” policies of Erdoğan, than why they chose him in presidential election. Moreover, if the nation really wanted to refuse the policies of AK party then why it gave more votes in Municipal elections. Even if we keep in view the recent elections, the AK party won more seats than other parties. These instances clearly depict that people still support the policies of President Recep Tayyip Erdoğan. That is why they are wining in great margins!

The Future Scenarios of Govt. Making in Turkey:

There are seven possible scenarios of govt. making in Turkey, which are as follows:

Scenario 1: AK Party will make a minority government with the help of 18 votes;

Scenario 2: CHP, MHP will form a minority government, but HDP must support it   ;

In aforesaid scenarios, the one which looks very possible is that the AK party will form a coalition government with any other party, but AK party will definitely compromise on some policies. Because, the two of the remaining parties cannot make a coalition government and a coalition of all the three political parties is not logically possible. At any case, AK party cannot be denied; it will form a govt. with the help of one political party.