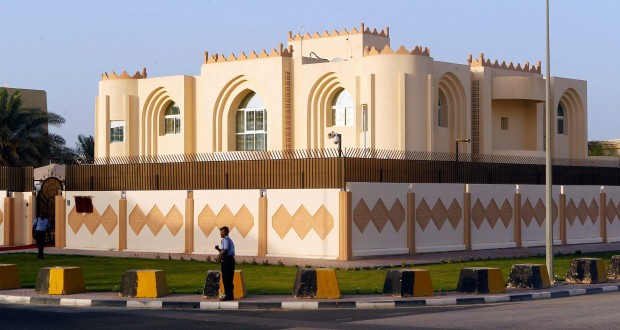 Recently, the Afghan Taliban has taken certain unprecedented steps, since the group was ousted by US and NATO invasion of Afghanistan in 2001. The recent diplomatic initiatives of Taliban are the participation of the group in Pugwash Conference in Qatar, earlier in May, a visit of Taliban officials to Iran, talks with the Afghan civil society activists in Norway and an initial meeting in Dubai with Afghan political activists to prepare second Pugwash Conference later-on in Qatar. It marks a great change in the policy of the group (Taliban).

The political initiatives of Taliban are simultaneous with their unprecedented military operations in different parts of the country, from south to North. At the same time, Pakistan, which was considered as the main supporter of Taliban, promised President Ashraf Ghani that it would force Taliban to sit on negotiation Table.

Do the new political activities of the group indicate a change in its strategy? And the emergence of new group called Daesh “IS” and the pressures from Pakistan would have any impacts on them? These are questions which are answered in this analysis.

Taliban: From Military to Diplomacy!

The public opinion regards the Taliban solely a militant group, which is militarily trying to grasp power and is not ready for any sort of power-sharing among the rest of groups. Now, the group is making endeavors to repel this charge against them.

When Taliban’s delegation went to Qatar in 2012, it was considered a paradigm shift in the Group’s stance since 2001. In the beginning, it was said that Qatar Office will only play a role in negotiations and it would be their Political address, but in the last few years the group has pursued its wider goals then it was initially said. They have established contacts with different countries and participated in certain meetings convened on war and peace in Afghanistan.

But the greater achievement of Qatar office is that Taliban’s leadership blocked the ways of any fake peace talks through the ambiguous peoples under the guise of the group which could reveal bifurcation of the group into multi pieces. Therefore, Pakistan opposed this initiative.

The Qatar Office provided the group an opportunity to come out of isolation and make contacts with the world. The delegations of Taliban have participated in the meetings on Afghanistan in Japan and France.

It was the second conference on Afghanistan convened by Pugwash. Earlier, the institution arranged a conference in late 2012 in Dubai, but the Taliban who were invited have links with Qatar Office.

In Doha meeting, the participants were invited personally, without representation of any organization or country. During the discourse, the participants agreed upon that peace is vital for Afghanistan and the region.

Doha talks paved the way for Taliban to sit face-to-face with Afghan women who went there from Kabul. Malali Shinwari, a former member of Parliament, participated in Pugwash Conference, Talked to Talibans regarding women’s rights.

After Doha meeting, the head of Taliban’s Qatar office, Sayed Mohammad Taib Agha, led a delegation of the group to Tehran. Although, Foreign Ministry of the Islamic Republic has expressed ignorance regarding this visit, But, Tasnim News Agency which is close to Sepah Pasdaran have confirmed that the visit took place due to Iranian invitation.

In Oslo talks, the representatives of civil societies of Afghanistan were invited. But, the crucial point in the talks was that Taliban sat with the harsh critics of the group who have always opposed them. Shukria Barakzai, who has always supported war against Taliban, participated in Oslo talks with Taliban and talked regarding womens’ rights in the future of  Afghanistan. Taliban too, clearly expressed their stance regarding the right of education and work for women which was considered a change in the stance of the group by the opposite side.

The participants of Dubai meeting include Dr. Qayoom Kochai, President Ghani’s uncle, Qutbuddin Helal former official of Hizb-e-Islami of Hekmatyar and Sayed Ishaq Gilani close ally of Dr. Abdullah Abdullah, the CEO of NUG. Taliban’s selection of participants was also interesting. Sayed Ishaq Gilani is linked with Gilani’s spiritual family and can be represented as a Jihadi leader. Helal was supported by Hekmatyar in the last presidential elections.  Helal and Gilani both have good ties with Pakistan.

Qatar II meeting is scheduled to be held after Ramadan. In Dubai meeting the list of participants and the agenda was discussed.

The recent unprecedented diplomatic initiatives of Taliban can be linked with the pressures exerted on the group by Pakistan. The afghan Taliban have accepted a big challenge of Pakistan by such moves.

The experience of Jihad (Afghans’ liberation war against ex USSR, 1979-1989) that Pakistan leaves the Afghan groups free in military area, but when it comes to Peace talks and negotiation then it want to keep its monopoly. A very clear example is Geneva talks (1989) between former USSR and US, where Pakistan represented the Afghan Mujahiddin.

But it looks that Taliban with their political initiatives have isolated Pakistan and they themselves talks with the world regarding their country’s political fate. Now, the Afghans and Pakistani governments are trying to isolate the group, but they (Taliban) instead of being defensive, have had some preemptive diplomatic initiatives which made Pakistan’s efforts ineffective.

The Taliban have smashed the Pakistani plots which it has undertaken by people like Mullah Jalil and Mullah Abdul Razaq. The participation of these people in Urumqi meeting did not bear any fruit for Pakistan. Taliban, too, expressed that they cannot represent them.

In eastern Afghanistan, Pakistan has pressurized Taliban under the guise of Daesh or IS. The pressures may oblige Taliban to be defensive, because the group does not want to clash with Pakistan. But the situation may not remain the same, because the so called Daesh plans to enter Kunar where Mullah Fazlullah’s sanctuary is. Pakistan considers Mullah Fazullah the tool in hand of Indian intelligence agency “RAW”.

Pakistan has promised the Afghan government of presenting Taliban to the Table of negotiation, although it has not happened yet. The ongoing pressures are one of the reasons behind the recent political moves of the group.

On the other hand, the meetings of Taliban with those who call them tools of Pakistan and their recent visits especially to Iran indicates that the relations between Taliban and Pakistan are not that much close and the group tries to make a balance in neighboring countries. These activities show a sort of counter pressure on Pakistan from Taliban. But the problem with Taliban is that the Afghan government also supports Pakistan in the ongoing game.