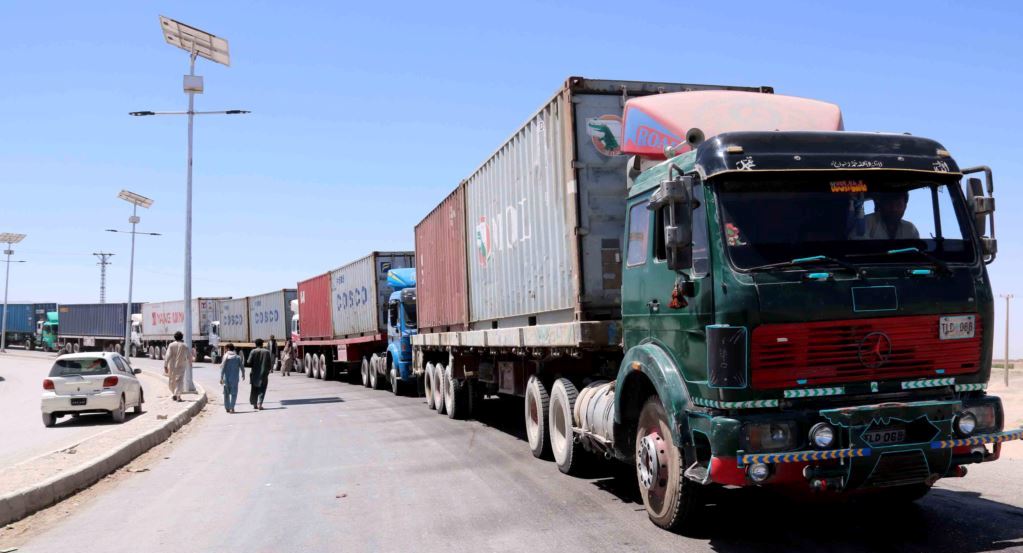 For the first time last year, the Afghan and Pakistani military engaged in armed conflict at Turkham border, something that indicates the tenuous relations between the two countries in the past seven decades. Overall, relations between the two countries have witnessed many ups and downs; nevertheless, during the National Unity Government in Afghanistan, these ties have more deteriorated than ever.

During the past two years, when the relations between the two countries were deteriorating on a daily basis, trade between Kabul and Islamabad has reduced to more than 50% of its previous scale. This situation was, to a great extent, the result of efforts for regional economic integration on behalf of the NUG. As in the inauguration of the eight year of the Parliament, President Ghani said: “those days have passed, when some people could block the roads on us.”

Here you would about the tenuous ties between Kabul and Islamabad since 2001 and its impact on transit and trade.

The ups and downs of Kabul-Islamabad ties

Relations between Afghanistan and Pakistan have always been the victim of mistrusts and preemptive concerns. That is why Pakistan’s policy in Afghanistan is to get strategic depth in this country, which, on the one hand, aims at recognition of the Durand Line by Pakistan and, on the other hand, the restriction of Indian influence.

Since 2001, in both terms of President Karzai, relations between Kabul and Islamabad were not stable and mistrust was dominant in the relations between the two countries. Particularly, the Afghan government, during this period, had an unstable policy in this regard. During his two terms of Presidency, President Karzai had 21 visits to Pakistan. However, at the last days of his Presidency, still he complained from Pakistan: “The keys to Afghan peace lies with Pakistan and the US.”

Nevertheless, this period of partnership was very short and with the escalation of insecurities and Pakistan’s shortcoming in fulfilling its promises about bringing the Taliban to the negotiation table, once again, mistrusts in relations between the two countries increased. Later, clashes between Afghan and Pakistani military occurred in Turkham and Chaman area and for the first time, Afghanistan rejected Pakistan’s aid during the Heart of Asia Conference.

Landlocked countries are obliged to have trade with other countries only using the other countries’ soil. Pakistan is a country that Afghanistan relied upon for its trade with the world in the past seven decades. Transit relations between the two countries started in 1965 with signing the (ATTA) agreement. Based on this agreement, Afghanistan can use the Karachi and Qasem ports for entrance and the Turkham and Chaman ports for exit. Nevertheless, besides other issues in this agreement, Afghanistan was not allowed to extend its trade relations with China through Pakistan’s soil. Moreover, no final agreement was made about Afghanistan’s trade with India through Wagi port.

After 2001, with the formation of the new government in Afghanistan, the two countries began discussions to review the ATTA agreement. These negotiations started in 2008 and finally, on 28 October 2010, the two countries signed an agreement, which was reinforced as of 12 June 2011.

This agreement has 58 articles, two indexes, and four protocols. Based on this agreement, Afghanistan had three entrance points (Karachi, Qasem and Guader ports). Moreover, besides Turkham and Chaman ports, the two countries also came to an agreement about Ghulam Khan Port as well. In this agreement, Afghanistan was allowed to have trade with China through “Sost” area of Pakistan. In addition, the issue of Afghan exports through Wagi Port was also finalized but Indian imports to Afghanistan through Pakistan was not permitted. Routes for trade from Pakistan to Afghanistan and Central Asia are shown. Moreover, Afghan trucks are allowed to go until Wagi and Pakistan’s sea ports.

Despite all these agreements, these transit trade have face many challenges on behalf of the Pakistani officials and mostly, these transit ways were used as political tool to pressurize the Afghan government. Therefore, Afghanistan was forced to think about alternative ways, something that highly affected trade and transit between the two countries.

Trade between Afghanistan and Pakistan

In past one and half decade, the greater part of Afghanistan’s trade was with Pakistan. During the first year of the NUG in Afghanistan, when the bilateral relations were developed and some trade relations were resolved, imports and exports between the two countries increased. However, now it seems that trade between them is at its lowest rate possible. According to the head of Afghan-Pak Joint Commerce Chamber Motiwala, in the past two years trade between Kabul and Islamabad was $2.7m; however, it is reduced to only $1.2m now.

In an interview with Dawn, he has said that from 200 flour factories, 100 of them are closed. Moreover, according to him, before this 70000 containers of good were going to Afghanistan and now this number is reduced to 7000 containers.

According to Pakistani officials, the reason behind the bad market for Pakistani goods is the increase in imports from India and China. Nevertheless, there are some other reasons that has played a role in reducing the trade level between Kabul and Islamabad:

First; in the Afghan-Pak bilateral relations, Pakistan has always used transit and trade for political purposes. Whenever, tensions have escalated between Kabul and Islamabad, Pakistan had closed its routs on Afghan traders, which each time inflicts heavy losses to Afghan traders. Therefore, traders try to decrease their trade with and through Pakistan.

Second; Afghanistan’s access to some alternative routes such as Chabahar port is another factor in this regard. Afghanistan accessed Indian Ocean through Iran, which facilitated the Kabul-Delhi trade. India sent hundred thousands of grain through this way to Afghanistan. Furthermore, an air corridor was also opened between the two countries and the Afghan traders, to a great extent, turned to the Iranian rout.

Third; the expansion of trade relations with the Central Asian countries and China and in the meanwhile, people’s campaign against Pakistani goods in Afghanistan are another factors behind the reduction of trade scales between the two countries.