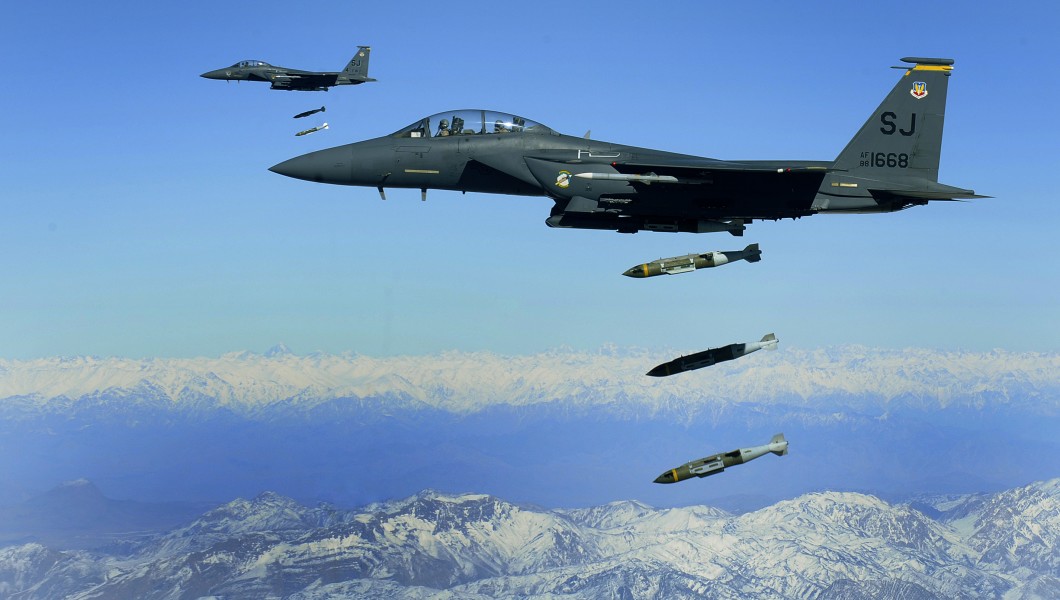 Last week, the Afghan air forces carried out an airstrike on a gathering in a religious school (madrasa) in Dasht-e-Archi district of Kunduz province, which killed and injured many civilians.

Quoting the governor of Dasht-e-Archi District, New York Times has written that this attack was carried out by the Afghan force on the graduation ceremony of madrasa. Based on the source, about 1000 people were present in the gathering and 70 of them are killed and 30 others are injured.

On the other hand, the Afghan Ministry of Defense says that they have targeted a gathering of some foreign and internal armed people and have killed 20 Taliban. The Presidential Palace’s statement also says that the attacked was on a meeting that the Taliban were planning larger attacks against the government. However, the statement adds that President Ghani has appointed a delegation to investigate the civilian casualties in this attack and that they will soon share the results of this investigation with the people.

The former President Hamid Karzai, some Afghan politicians, members of the Parliament, and the public have condemned this attack and have asked the government to investigate this attack and punish those responsible for it.

Why the number of airstrikes in the country has increased? Why the rate of civilian casualties is high in these attacks? What will be the probable consequences and outcomes of the continuation of these attacks? These are the questions that are answered here.

After the announcement of the new US strategy for South Asia and Afghanistan in 2017, the role of American forces in Afghanistan, which was limited to “council and training”, increased in the battlefield and they particularly increased their airstrikes.

Although the issue of pressurizing the Taliban in the new US strategy increased the morale of the Afghan government, it also increased obstacles on the way of peace in the country because this strategy will increase sympathy for the Taliban within the country.

While reviewing the new strategy, one must keep in mind that in the past years, despite the presence of more than 100 thousand American soldiers in Afghanistan, they failed to defeat the Taliban. The only thing they did was the intensification of the war. The number of the air attacks by foreign forces was high last year as well, which also left many civilian casualties. According to the US air forces, the US forces have carried out 2611 airstrikes in 2017. In 2016 and 2015 this number was respectively 1071 and 236. Based on the UN reports about the civilian casualties, in 2017 3438 Afghan civilians were killed and 7015 others were wounded. The casualties caused by the air attacks have definitely increased.

In the past years, besides the houses of the civilians, the US forces have bombarded hospitals, mosques and even the bases of the Afghan forces. On the other hand, recently the Afghan air forces are carrying out similar attacks as well and since the beginning of 2018, they too have killed many civilians in their attacks.

In the past one and half decades, the airstrikes of the Afghan and foreign forces have cost the lives of many civilians and besides the national and international human rights organizations, the members of the Parliament and politicians have expressed concern in this regard but the question is: why civilian lives are not taken seriously in these attacks?

In this regard, the following points are noteworthy:

First; not respecting the war principles: there are certain international regulations to respect human rights and to protect civilian lives. Based on these regulations, unarmed people, injured people, prisoners, charities, holy places must be taken into consideration by the parties engaged in war. Nevertheless, the same as in some other areas, these regulations are not respected in Afghanistan either and in the past 17 years, they have been repeatedly violated.

Second; the targeted bombardments by foreign forces: after reviewing the airstrikes carried out by the US and NATO forces, it seems that in some occasions they have intentionally bombarded on facilities where the civilian casualties were high.

In 1396 [solar year], the airstrikes carried out in Haska Mina district of Nanagerhar, Sawki district of Kunar, Pul-e-Alam city in Lugar, and Qarabagh district of Kabul are some instances of such attacks.

Third; the challenge of Afghan air forces and investigative organs: on the one hand, the Afghan air forces are not yet capacitated, which is resulted in an increased number of civilian casualties and on the other hand, inaccurate reports, related to the weak intelligence, is another reason for the high rates of civilian casualties. Currently, the Afghan government is focusing on strengthening the air forces and that is why recently their airstrikes have increased. Moreover, such attacks may still be carried out under the orders of the foreign forces because the bombardment of a religious gathering merely due to the presence of a few armed individuals in not justifiable.

The consequences of the increased civilian casualties

Lack of attention to civilian lives in the airstrikes of the Afghan and foreign forces can have the following outcomes: