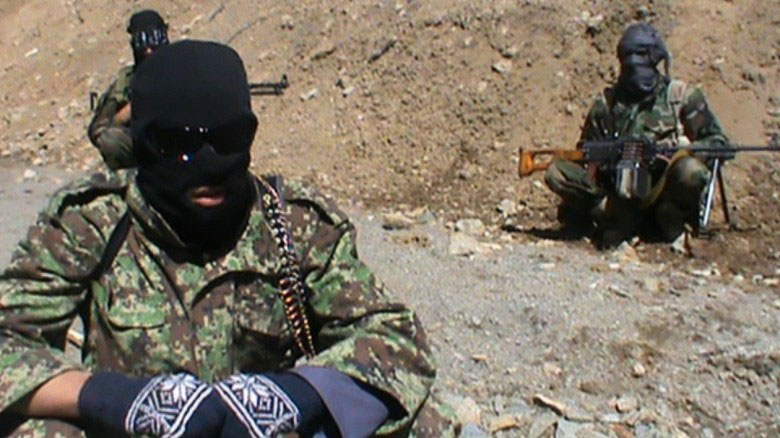 Afghanistan has recently been witnessed of rapid changes. Emergence of IS or Daesh in some provinces of Afghanistan is a source of anxiety for the countries of the region more than inside the country.

Countries like, Iran, Russia, China, Central Asian countries and India have close eye on the developments. In reaction to the new scenario, Iran`s ambassador in Kabul said his country was ready to cooperate and help Afghanistan against ISIS. ISIS emergence in Afghanistan is a main point of discussions in Shanghai conference.

The group has not clashed the government forces in Afghanistan yet. It has kept limited their operations in eastern Afghanistan against Taliban to drive them away and find a legroom for their own.

During all these developments, Gulbadin Hekmatyar called Iran a country more dangerous than Israel and called the IS`s emergence a legitimate one. Evaluating all these issues are the subject of this analysis.

In early May 2015 when the reports published regarding IS clash with Taliban has been heard the later rejected. On 10th May 2015, Taliban in there official statement, called that conflict not against IS rather against a group of robbers and kidnapers. The statement maintains: “during a wide range of operations in Kot, Deh Bala districts and some other places, against murderers, robbers, kidnapers and warlords who used to kill people and commit none Islamic acts; all these areas were cleaned up from these groups. In this regard, reports the media outlets which called this conflict between ISIS and Taliban, are not true. We declare frankly that Mujahedin of Islamic Emirate are active in these areas. So media should not link these robbers with certain group and should not put people in worry.”

But it was soon cleared that what happened was not that sample. Akhtar Mohammad Mansor, Head of Taliban Leadership council, which at the same time is the vice chancellor of Mula Omer, sent a letter to AL-Baghdadi and demanded not to interfere Afghanistan.

Islamic State’s response to Taliban’s letter was negative. The group who in eastern Afghanistan is fighting against Taliban has IS (Iraq and Syria) support.

IS’s response is not just a political one. One of the leader of of IS’s Khorasan province called Taliban apostates in a statement, who can be murdered. Although this statement was published with a fake name of “Abu Elyas Hanafi”, but from its style of writing and the phrases it has used in his statement shows that it is the  work of “Abdu Rahim Muslimdust” the mufti of ISI’sKhorasan province. This statement declares that whoever fights IS is apostate and is hence convicted to death. This statement also mentions: “all anti ISIS groups and their supporters like Shiites and Arabic countries, are non-Muslims”.

This statement includes all reasons to apostatize Taliban. For example; Taliban’s relations with ISI, having friendship relations with an apostate person like Maulana Fazularhman, calling the government of Qatar as a brother by Taliban, supporting Mursi and condemning the convict to execution for Mursi by Taliban.

IS counts all these as reasons of Taliban’s apostatize. According to this statement, Muslim brotherhood in Egypt is also an apostate group as like the Taliban.

IS’s fatwa in Afghanistan is as accordance with Islamic State in Iraq and Syria, who have issued the same fatwa against  other groups like “An Nusra”, Shiites and Yazidies.

Gulbadin Hekmatyar and IS

If we see the policies of IS against other groups, Islamic Party of Hekmatyar cannot save himself from being called an apostate. Between all Mujahedin leaders Hekmatyar is the one, who from the beginning up to now believes in elections. But, one of the Al-Baghdadi’s characteristics, which has been cited by his follower as a good point is “he is the first Muslim leader which is against elections and called this system an anti-Islamic”.

The problem with Hekmatyar is that there are contradictions in his decisions. For instance; in relation with IS there is two interviews of Hekmatyar published on Shahadat website, which contradict each other.

In his interview with Afghan Zwak website, he called IS a natural movement of Muslims against American and Iranian interventions in Islamic world. He stated that there is Anti-Islamic and apostate alliance against ISIS and this Anti-Islamic alliance shows the rightfulness of IS. But in an interview with Arzasht website, he says “if IS tries to create groups which belongs only to them, it will be their mistake, the same mistake of Taliban which forced them to fight against all other Islamic groups.

The future of extremist groups in Afghanistan and Central Asia

Although conflict between ISIS and Taliban is indispensable, but there is much more restriction in the path of ISIS to influence inside Afghanistan. The ideological basement which is a necessity for ISIS in order to recruit soldiers is almost destroyed by Taliban and other Islamic groups. So it is very hard to find soldiers on an ideological base.

A very suitable place for ISIS can be Central Asia. But ISIS doesn’t considered this up to now as a choice. They select all their representatives from Pashtuns inside Khorasan. A large militant group in the Central Asian region is Uzbekistan Islamic Movement, which has cut off  its ties with another Pashtun leader “Mula Omar”, now don’t know whether to join ISIS or not.

IS is a Salafi group and selects all its representatives from the same people. But Uzbekistan Islamic Movement is a strong Hanafi one. Maybe this is also a reason for ISIS not to select them as their representatives. This will be also a reason to restrain them from influencing inside northern Afghanistan and Central Asia.

Afghanistan, as a land of anger and violence, attracts attention of extremist groups. Anxiety of the region and neighbors countries and even the appearance of a dangerous group like IS doesn’t cause any cooperation for bringing peace in Afghanistan. Therefore, every one  would be driven into a proxy war against challenges raised from Afghanistan, and the sole result will be violence.