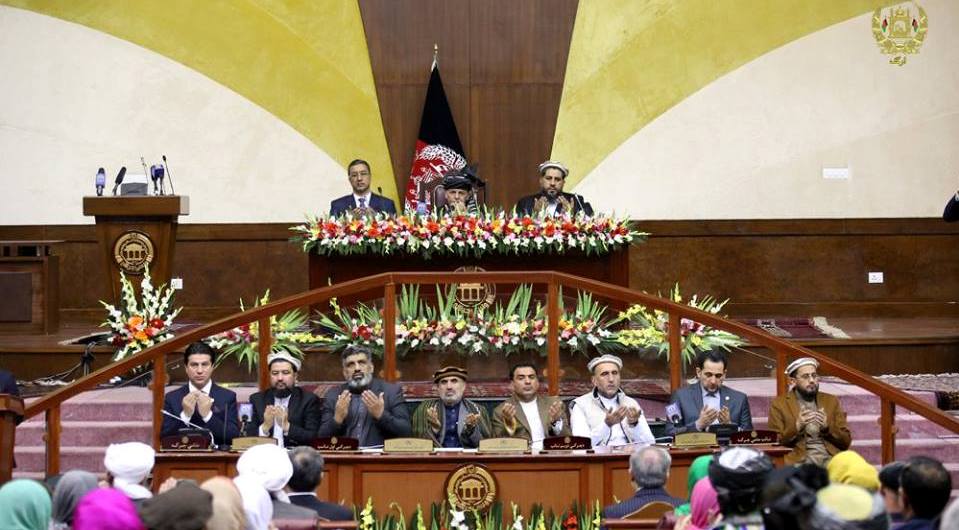 The United Nations Assistance Mission in Afghanistan (UNAMA) has strongly criticized the Afghan National Assembly in its recent report, ” Afghanistan’s Fight against Corruption: From Strategies to Implementation (May 2018)”. The report, which was published a few days ago, assessed the issue of fighting corruption in Afghanistan over the past year (from January 2017 to April 2018).

The report states that “corruption in Afghanistan is massive, inhumane, and brazen. The citizens of Afghanistan are required to pay bribes in nearly every aspect of their daily life, and they suffer from inequities in economic and employment opportunities as a result of widespread nepotism and patronage”. This situation has undermined public confidence in government institutions, which has in turn hindered the pursuit of wider objectives, such domestic political stability, electoral preparations, and a credible peace process with the armed opposition, the report added.

In this report, UNAMA has welcomed some interventions of the government, the judiciary and civil society in fight against corruption; however, on the other hand, it wrote that Afghanistan’s legislature (National Assembly) is part of the corruption problems and has for the most part avoided trying to be part of the solution. [1]

The Parliament and its Authorities

The National Assembly or Legislature of Afghanistan is consisted of two houses (Wolesi Jirga (House of People) and Meshrani Jirga (House of Elders)) that is the highest legislative organ and manifests the will of the people as well as represents the entire nation.

Under the Afghan Constitution, National Assembly have the following duties; ratification, modification or abrogation of laws of legislative decrees, approval of social, cultural, economic as well as technological development programs, approval of the state budget as well as permission to obtain or grant loans and ratification of international treaties and agreements. The Constitution has also granted special authorities to Wolesi Jirga that include decision about approval or rejection of appointments as well as about elucidation session from each Minister.

In the current situation, given the deteriorating security situation, the increase in poverty and unemployment, the existence of widespread corruption, the escape of youth from the country, political instability, ethnic and religious disputes, and dozens of other cases that have shadowed the daily lif of Afghans; the National Assembly, as the nation’s home and its rights’ advocate, it is responsible to address all these challenges, but based on statements by some government officials and investigative reports of national and international institutions, the Afghan National Assembly, itself, is involved in corruption.

A recent UN report is a new acknowledgment of the existence of widespread corruption in the Afghan National Assembly, in which the National Assembly has been criticized and said that instead of being committed to implementation of reforms and fight against corruption, and to strengthen internal accountability and transparency, it has done nothing.

The Parliament Role in Corruption Expansion

Besides other organs of the Afghan government, the National Assembly, particularly Wolesi Jirga, is one of the bodies that have been involved in the spread of corruption. Providing a vote of confidence to the cabinet ministers in exchange for various privileges, law-breakings, non-alignment with Public Order, etc. are among the cases that the members of the National Assembly are accused of.

Abdul Bari Jihani, former Minister of Information and Culture, is another member of the Cabinet of the Government of Afghanistan who, in a letter, had accused members of Wolesi Jirga of taking money from the ministerial nominees. In his letter, Jihani had said that “two years ago, in the month of February 2015, Zahir Qadir, in a party, told him and other ministerial nominees that in order to receive a vote of confidence from Wolesi Jirga, each member should be paid from five to ten thousand dollars.”[4]

In the wake of the disclosure of hidden cases of corruption at the National Assembly, reports were issued in late September of 1396 that revealed the embezzlement of millions of Afghanis in the Wolesi Jirga budget and the existence of more than two hundred imaginary employees. A total of 370 staff members of Wolesi Jirga, 217 of them, were fictitious and about 4 million Afghanis were being eaten through this mean monthly, according to the report. Meanwhile, the speaker of Wolesi Jirga, Abdul Rauf Ibrahimi, was accused of using more than 5 million Afghanis from the budget of National Assembly for the reconstruction of his private house. [5]

In addition to cases of corruption, some members of the National Assembly have been accused of law-breakings and distressing public order, pressure on public service organs for personal use, the use of unregistered vehicles and without plate numbers among other things. Alongside this, some members of the National Assembly, using their position and authority, are also involved in land usurpation.

Sometimes, even news of shocking cases of honor “Namosi” is published in relation to the members of the National Assembly. For example, a few months ago, findings of Pajhwok Afghan News show that the Second Deputy Speaker of the Senate had tried to marry a married woman.[6]

Why the Parliament is a Part of Corruption?

The absence of members of the Wolesi Jirga is one of the criticisms on this institution. Most of the time, members of this House are not attending general meetings because of their personal busyness, and according to some reports, there are also a number of representatives who have not been participated in dozens of general meetings or are permanent absents. [7]

On the other hand, during the winter and summer holidays, the National Assembly members are supposed to spend more time on traveling to their respective provinces and to listen to their clients’ problems; instead of that, most parliamentarians, however, spend their holidays with their families abroad.

The extension of the work period of the current National Assembly to the eighth legislative and third concessive-illegal year not only has brought the legitimacy of the Wolesi Jirga under question, but some members of the organ did not continue to perform their duties in the right way, and thus, they used these years as an opportunity to work for the sake of their personal interests.

The confrontation of members of the Wolesi Jirga with the government and the existence of groups within the parliament that take positions against national interests and still get use of the immunity of the National Assembly is a problem that paved the way for corruption for some members of the Parliament.

[1] UNAMA: ”Afghanistan’s Fight against Corruption: From Strategies to Implementation (May 2018)”: https://unama.unmissions.org/sites/default/files/afghanistans_fight_against_corruption_from_strategies_to_implementation-14_may_2018.pdf