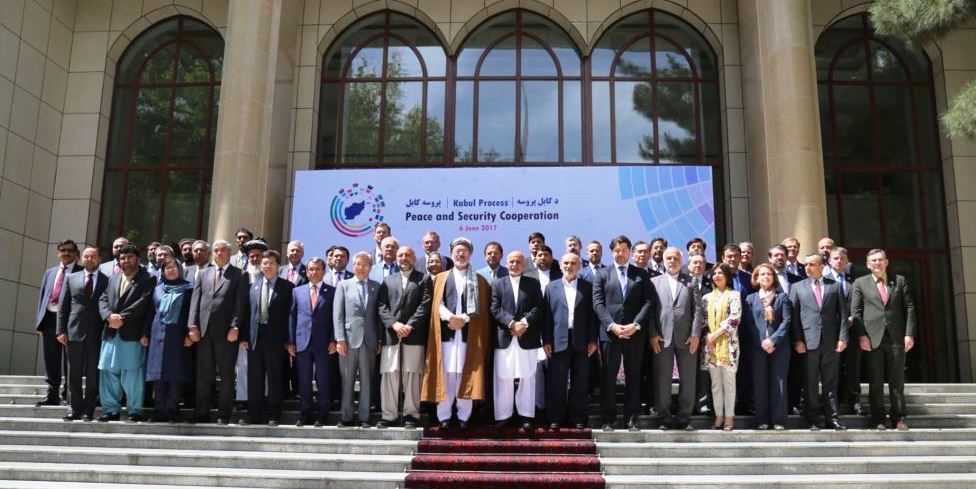 Last week, Alice Wells, US Principal Deputy Assistant Secretary of State for South and Central Asia, during her visit to Kabul, told journalists that no justification is left for the Taliban to reject peace talks with the Afghan government as the United States announced its readiness to join the peace talks and discuss about the future of foreign forces in Afghanistan.

President Ghani, during a press conference on peace and end of unilateral ceasefire with the Taliban, once again, called on the Taliban to accept the call of peace of the government and the Afghan people and said that considering the national and international consensus on Afghan peace, no one will be provided with the “Veto” right when it comes to peace.

After the recent pressures for initiating peace talks with the Afghan government, the Taliban group, through publishing several statements, rejected this demand of the Afghan government and the Afghan people for inter-Afghan dialogue and even called the peace movements in different provinces of the country as an American Project.

What would be the destiny of peace process if we consider the recent positions of the involved sides regarding peace, cumulative efforts and pressures on Taliban for beginning inter-Afghan dialogue and Taliban’s unforgiving position against them?

Innumerable pressures on national and international levels on the Taliban in order to make them ready for peace talks comprise the main part of President Ghani’s peace policy. For this reason, the first job for President Ghani was to persuade Pakistan and put pressure on it in order to exert pressure on the Taliban but this mission failed; yet, he revived the efforts in the recent months; however, they are yet to be succeeded.

Besides political pressures, the National Unity Government (NUG), simultaneously, focused on putting military pressure on the Taliban as well. In past three years, not only it ordered wide offensive operations for suppression of Taliban in different parts of the country, it also supported the US military strategy and airstrikes in Afghanistan as well. Due to this, President Ghani in his last week’s press conference said that: “the objective behind the use of force in the US Strategy for Afghanistan and South Asia is peace”. [1]

Religious and social pressures on the Taliban are other aspects of these pressures. Besides supporting social peace movements, President Ghani, for several times, criticized the ongoing Taliban war from the perspective of Islam and relied on fatwas issued against the war at home and abroad. Ulema meeting in Indonesia, Religious Scholars meeting in Kabul and the upcoming Islamic scholars meetings in Saudi Arabia are considered as the most important efforts.

The main aims of these pressures are to make the Taliban to initiate peace talks with the Afghan government and enter the inter-Afghan dialogue. Because of this, President Ghani considers the Afghan-led and Afghan-owned peace process as the only solution way for peace and present the peace with Hizb-I Islamic as an example of this claim.

As the casualties of foreign forces reached its lowest level since 2014 and thus most of the victims of the war in both sides are Afghans, the number of people’s peace movements and the social pressures are increased on the Taliban.

Recent pressures have also been a source of concern for the Taliban and thus they have launched widespread propaganda against it and have taken unadorned positions against them. In their announcement regarding latest fatwas, the Taliban consider these pressures as a part of the John Nicholson remarks presented in last March regarding putting religious pressure on the group. The remarks made by a US general at the Pentagon on stating Taliban and Daesh as “takfiri” and Afghan and Americans forces “Mujahideen” groups was another case that the Taliban used to their advantage.

Taliban’s rejections of inter-Afghan peace talks have the following reasons:

Frist; the biggest threat to this group in the battlefield is the air strikes of foreign forces, and therefore they do not call the current war in the country as inter-Afghan, and so they call the US military strategy and the presence of foreign troops and their continued operation against the Taliban as continuation of “occupation” of Afghanistan by the United States.

Second; Taliban considered the Afghan government as ineligible and has consistently emphasized that the Afghan government cannot decide on the main factor in the war – the presence of foreign troops in the country. Along with this, the Taliban are afraid of opposition due to the internal disputes between the National Unity Government (NUG) and hardliners of the Taliban inside the system if they start talks with the government. Therefore, the President, last week, also pointed out to internal barriers towards peace and said that peace is the want of the Afghan nation and thus he does not allow anyone to reject it.

Third; with the initiation of peace talks with the Afghan government, the Taliban claim on “occupation” of the country will become weak and therefore, the group is afraid of their fighters to lose their morale against fighting the government. Hence, the Taliban have multiplied their efforts for rejecting the claim that the ongoing war is an inter-Afghan war after the recent ceasefire and after they witnessed the soft-handedness of some Taliban members with government forces.

The U.S., after facing the severe opposition from Karzai for initiating talks between America and the Taliban in Qatar, it has always insisted on Taliban talks with the Afghan government. Nonetheless, Taliban’s rejection of talks with the government and their insistence on peace talks with America has faced the peace process with a deadlock. Thus, President Ghani talked about the future role of foreign forces in the country for the first time during the 3-day ceasefire of Taliban in previous Eid; then, the U.S. Department of State also said that the United States is ready to participate in the peace talks with the Taliban and discuss about the future of the American forces in Afghanistan.

The American position on Afghan peace was, however, focused on supporting peace talks between the Afghan government and Taliban in last few years; but the recent position of American officials is considered as a change in U.S. strategy regarding the Afghan peace.

The Taliban seems to have been suspicious of recent remarks by US officials, and have therefore not shown any reaction to the comments made by US officials. While the U.S. willingness to talk with the Taliban is the main concern of the group with regard to the Afghan political solution, the Taliban’s silence on recent statements by US officials means continuing their call for direct talks with the group.

Efforts on ending the 17-year Afghan war through inter-Afghan dialogue have been made for several years, especially after the withdrawal of a large portion of foreign forces from the country, but, practically, it has failed to initiate peace talks with the Taliban so far.

With having a clear proposal and insistence on “Ownership of Afghans”, NUG wants to have talks with Taliban, and this wan also announced in the second meeting of the Kabul Process with greater clarity from the President, but the problem with this plan was silence about the main factor behind the Taliban’s war in the country.

After the recent ceasefire, reports of backstage talks with the Taliban were published, and the Afghan High Peace Council (HPC) officials also talked about the beginning of direct talks with the Taliban in the next few days. But given the Taliban’s recent position and the rejection of any talks with the Afghan government, there are two possibilities; first, these talks will take place under pressure with some Taliban members, and will be stopped soon like that of Murree’s; second, talks will be held with some former Taliban members and the armed Taliban group will not recognize it as it did with the Urumqi Talks.

For now, as one of the main sides of the war in Afghanistan, there is a need for active role of the United States in the Afghan peace process. For this reason, as long as the United States does not schedule the withdrawal of its troops from Afghanistan on the negotiating table, ongoing efforts to revive peace talks will not succeed.