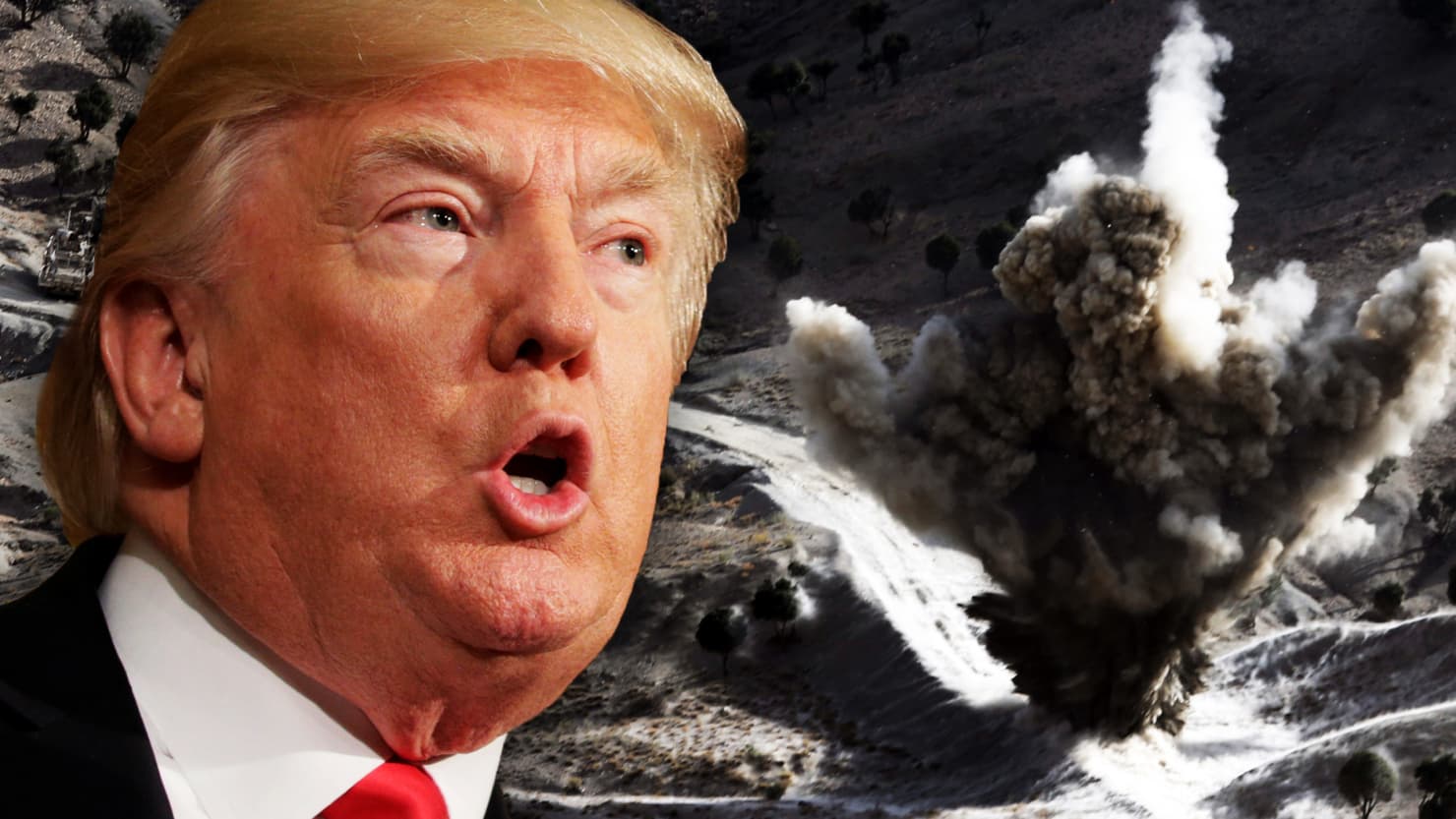 After 17 years of U.S initiated war in Afghanistan, some U.S. officials, according to media reports, agree that the U.S. has come to terms with its failure in the Afghan war and that it now seeks to review its strategy for the country.

Notably, the New York Times published a report that revealed Donald Trump ordering diplomats to initiate direct talks with the Taliban. Despite the Taliban showing willingness and interest in the measure, U.S officials refused the issue and said that the Afghan government and Taliban would remain the main parties to negotiate when it comes to peace talks.

Conversely, Afghanistan announced its opposition to the direct talks between Taliban and the U.S stating that no country can substitute the Afghan government in the peace talks with the Taliban. The current situation in Afghanistan, the factors behind the failure of the Trump Strategy in Afghanistan, and the changes needed in the U.S. strategy of Afghanistan in order to put an end to the Afghan war and maintain peace in the country are discussed here.

A Picture of the Current Situation

The peace and stability maintenance slogans by the U.S and NATO, after 17 years of their military presence in Afghanistan, have remained mere slogans devoid of action while the country continues to face declining security, political and economic conditions.

Security is at its worst situation in recent years, while the ongoing war is intensifying day by day and claims the lives of countless Afghans. According to recent reports by SIGAR, more than 40 percent of Afghanistan’s territory is under the control of armed opposition forces of the Afghan government. Attacks and deadly explosions by armed opposition forces have increased in the capital Kabul and other cities of the country. The recent attack which occurred last week on a convoy of Gen. Dostum near to the entrance of Hamid Karzai International Airport in Kabul killed 14 people and injured 60 others as ISIL burdened the responsibility.

On the other hand, the airstrikes by the US and Afghan forces have risen unprecedentedly after the announcement of the new U.S. strategy for Afghanistan and South Asia. Dozens of civilians, including women and children were killed and wounded as a result of airstrikes by foreign forces and the Afghan army in Kunduz, Paktia, Logar, Wardak and Nangarhar provinces last month only. According to a recent report by UNAMA, 5122 civilians were killed and wounded only in the first six months of 2018.

From the very beginning, the 50-50 share of power between Dr. Abdullah and Mohammad Ashraf Ghani was the initiator of internal disputes and political instability in the country. Moreover, the dispute among the President and First Vice-President (that were apparently resolved with Gen. Dostum returning to Afghanistan after 14 months of exile in Turkey last week and resuming duties), discord among some members of the legislative and executive powers, along with the confrontation between some political parties, the government, and the Elections Commission (IEC) on how to hold Parliamentary and District Council Elections are the factors that have put the country’s political situation in a fragile condition overshadowing the lives of the Afghan people.

When it comes to economy, despite the fact that during the era of the National Unity Government, some infrastructure projects were completed and the government’s revenues increased in comparison to the previous years (the contributing factors of which was the tax on the credit cards of telecommunication networks), overall, the country’s economic situation is in a state of devastation in comparison to a decade and half ago. The value of the Afghani has dropped to its lowest (1 USD was exchanged with 57.76 Afghani in 2015, but now it has reached 72.30) while the unemployment rate is at its peak. The World Bank stated in a recent survey that 1.9 million eligible Afghan workers are unemployed. According to Afghan Central Statistics Organization (CSO), 400 000 new work forces are introduced to the market every year. The country is facing dire situations with more than 40 percent of the population is living beneath the poverty line.

Factors behind the Trump Strategy Failure

The Afghan war is a legacy of the previous U.S. governments up to the Trump administration. Donald Trump, who was opposed to the U.S. presence in Afghanistan before becoming President, agreed to continue the Afghan war after taking office and sent around three thousand additional soldiers to Afghanistan while announcing his new strategy after eight months of delay.

Two factors become evident with regards to the Trump Strategy  for Afghanistan which was not as effective in improving the security situation of Afghanistan, given that one year has already passed:

First; focusing more on the battlefield and positioning more soldiers in Afghanistan has been a strategy that failed at achieving U.S success in the Afghan war, despite the fact that more than a hundred thousand troops were deployed. Notwithstanding that airstrikes have multiplied in comparison to the past as a result of the new U.S. strategy; the war has intensified and the tactic has achieved nothing apart from the increase in civilian casualties which have caused the people to take a distance from the Afghan government. Afghans increasingly believe that the new U.S. strategy is not a resolution of the Afghan issue anymore and that it is unable to grant success to the U.S.

The Need for Change in U.S Strategy

After 17 years of the US-led war in Afghanistan, the country is in a state of deadlock with  civilians paying the heaviest price. Apparently, considering the recent international media reports, Washington also seems drained by the continuation of the war in Afghanistan and is trying to review its strategy in Afghanistan to resolve the conflict.

In reviewing the U.S strategy, the following points are worth mentioning:

First of all ; the U.S  attacked Afghanistan, eliminated the Taliban regime, and initiated the current war. Most importantly, it was directly involved in the Afghan war during the past 17 years, and hence, as it had played a role in the initiation and continuation of war, it would be in the best interests if it accepted to have direct talks with its opposition in order to end the war and to make an effort to put an end to its longest war.

Secondly; in order for the United States to end its longest war, it needs to talk to the Taliban about their most important demand; that is the scheduling of withdrawal of foreign forces. In order to move forward, the U.S should put the schedule of withdrawal of their troops on the negotiation table.

Thirdly, the U.S should increase its pressure on Pakistan to cooperate honestly in the maintenance of peace and stability in Afghanistan. However, these pressures would be of no use as long as the U.S does not engage in the process of ending the war and as long as they do not enter into talks with the Taliban.

Fourthly; peace with the Taliban and stability maintenance  in Afghanistan needs facilitation inside the country as well. Currently, a number of groups and persons try to elongate the war for the sake of their personal interests and thus, create barriers in peace talks with the Taliban. Thus, the U.S. should support the peace efforts made by the Afghan government when it comes to peace with the Taliban while also playing a positive role in maintaining peace inside Afghanistan as well.

Lastly; in recent years, there has been an increasing amount of scholarly analyses into the U.S presence in Afghanistan being linked to its aspirations for containing regional powers from reaching Central Asia; however, apart from provoking the sensitivities of regional powers, the lengthy Afghan war has proven that the U.S has not achieved much in its interests. Therefore, it is in the U.S interests that it grant assurance to regional countries of its withdrawal from Afghanistan and initiate direct talks with the Taliban.

The Taliban should also accept the Afghan government as one of the main parties of the Afghan issue for the sake of ending the destruction of the war and achieving peace in Afghanistan.