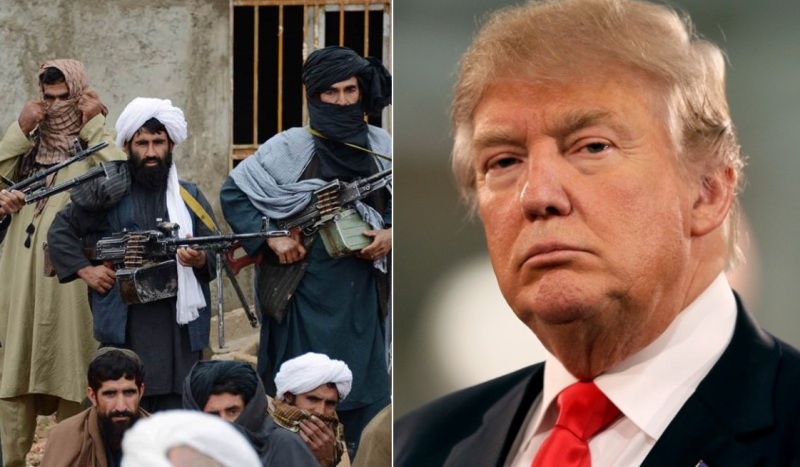 Following the instigation of rumors on direct talks between the U.S. and the Taliban, last week, the Wall Street Journal published a report in which it pointed out that the Taliban and U.S officials had direct talks in Doha of Qatar. Although the Taliban are yet to release any official statements, a number of media reports claim that these talks are confirmed by sources close to the Taliban.

Meanwhile, Reuters News Agency reported that the Taliban officials said that these talks took place as result of the consent of the Taliban Leadership Council, and that both sides had discussions about proposals which allow the Taliban to move freely in two provinces of Afghanistan, without the threat of coming under attack.

The plan has already been rejected by Afghan President Ghani; however, reports on a new plan of the Afghan government and the U.S have emerged, on the basis of which, the withdrawal of  the National Armed Forces from less-populated areas and substitution of them with “Local Army” consisting of locals, to be used in maintaining the security of their own communities, is under way.

The direct talks between Afghan Taliban and U.S officials, rumors of providing the Taliban with privileges, withdrawal of the Armed Forces from less-populated areas, and arming of the locals with the purpose of maintaining security of their localities are discussed here.

Direct Talks between the U.S. and Taliban

Donald Trump, prior to ascending to Presidency, was strongly against the ongoing U.S. war in Afghanistan. However,  shortly after becoming President, he followed the path of former U.S. Presidents and emphasized on the continuation of the Afghan War. Yet, due to the U.S war strategy having failed for last 17 years, soon Trump also understood it’s ineffectiveness, and chose the approach of beginning talks with the Taliban.

The National Unity Government (NUG) have made significant national, regional, and global efforts for making peace with the Taliban; however, the Taliban have always rejected talks with the Afghan government, demanding direct talks with the United States only. Although, the U.S had not seemed to show an interest in meeting this demand of the Taliban till last month; last week, the Wall Street Journal reported that a high-level U.S. delegation headed by U.S. Deputy Secretary of State Ellis Welys, had direct talks with Taliban representatives in Doha, the capital of Qatar. Nevertheless, the Taliban are yet to release any official statement in this regard, but two senior Taliban officials have told BBC that they had a meeting with American officials in Doha.

The agenda of the meeting between Taliban representatives and U.S. officials and the issues discussed are yet to be understood, however, Reuters reported, based on quotes from a Taliban official, that the meeting took place in a welcoming atmosphere that had positive messages, where both sides promised that for the sake of solving the current issue through negotiations, they would again continue the direct talks in Qatar, Turkey or Saudi Arabia next month.

Overall, the direct peace talks between Taliban and the U.S on putting an end to the Afghan War are reason for hope; however, the honesty of the U.S and fulfillment of its promises is an important point in these talks.

In the previous days, media reports have been circulating, that the U.S ordered the Afghan government to remove its security forces from less-populated areas. The Afghan Defense Ministry, however, claims it to be the Afghan government’s own plan of which the U.S. President happens to approve. The Defense Ministry added that they plan to withdraw the National Armed forces from areas with few inhabitants, and substitute them with a locals who would form a “Local Army”.

The Local Army, according to the officials of the Ministry, will differ from Local Police or Arbaki forces and would comprise mainly of ex-soldiers and military officers of the Defense Ministry, operating under the command of the National Army.

The plan of  the Local Army, however, emerged alongside reports on direct talks between the U.S and Taliban, yet according to a report by Reuters in September of 2017, such plans have been discussed between the U.S and Afghan officials in New Delhi, as India has used such local forces that burdens less responsibility in comparison to national security forces. This points to the likelihood of the plan being a Trump Strategy.

The plan for local militia in Afghanistan is not considered a wise option. Creating a new local force by the Afghan government and U.S is the repetition of the experience of Local Police. It would be better to empower, train and equip the national armed forces with modern weapons, instead of forming local armed militia.

Peace: Peace talks with the Taliban are now warmer than ever before; however, the presence of foreign forces in Afghanistan and the Taliban emphasis on direct talks with the United States is will be major determining factors to the outcome of such talks.

Although the U.S has made numerous efforts to defeat the Taliban through every possible means, and to make them sit at the negotiation table with the Afghan government, these efforts inversely paved the way for the Taliban to build ties with regional rivals of the U.S, and to free themselves of the monopoly of one country.

Despite the elongation of the war, Taliban’s ties with Russia, Iran and China were the factors that compelled the U.S to consider direct peace talks with the Taliban. Although the U.S claims to want to bring the Taliban into peace talks through every possible means, and to schedule the withdrawal of its forces, in reality, the United States interest in an unstable and fragile political and security situation in Afghanistan seems manifest. With instability in Afghanistan, the U.S perceive their continued presence in Afghanistan as justified.

War:  The withdrawal of Afghan security forces from remote areas and focusing on cities only, is a new change in the Afghan war strategy. The locals, who live in areas under the control of the Afghan National Army, will be equipped with weapons for the sake of maintaining the security of their own localities.

The following points on the strategy are worth discussing: