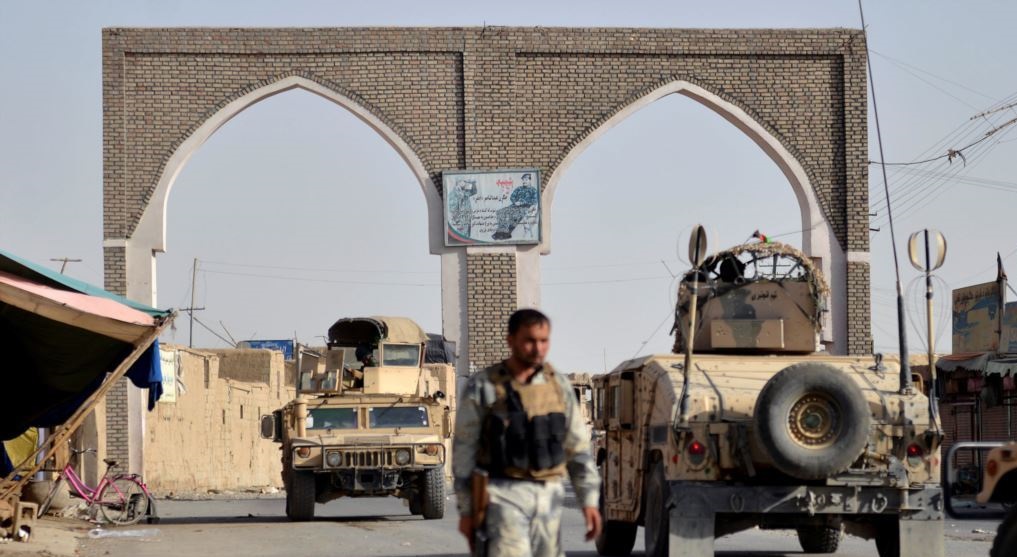 On August 10, Taliban launched an extensive assault on Ghazni City from four sides. On the first three days, they were able to bring the entire city along with governmental offices under their control, with the exception of the Governor’s office and Police headquarters there. On the fifth day of the Ghazni attack, although, the Afghan security forces were able to remove the Taliban and take over the control of the city, the capital of Islamic Civilization was filled with blood and dust.

As Eid Ul Adha was approaching, there were hopes that the Taliban would once again provide positive a response to the ceasefire call of the Afghan government in order for the public to have an Eid shorn of war and deaths; however, the Taliban carried deadly offensive attacks on Ghazni City in return.

The increase in Taliban offensive attacks in the country, the assault on Ghazni city and the consequences of Taliban attack on Ghazni city are the issues that are discussed here.

After the fall of Kunduz province into Taliban hands, the group increased its focus on offensive attacks in its war strategy, expanded the domain of its attack to the larger cities of the country and, to a large extent, made efforts to protect the areas under its control on the one hand, while trying to gain control of more areas of Afghanistan as well.

In recent months, the offensive attacks of Taliban on provincial capitals and Afghan security checkpoints have increased more than ever before. Ghazni province, which has 18 districts and is located only 140 KM away from the capital Kabul, witnessed insecurities since several years; however, heavy clashes occurring in a number of Ghazni districts in recent months have led to the insecurity increasing much more as compared to the past.

Simultaneously, the Taliban group attacked a military base known as the “Chinese Camp” located in Ghormach District of Faryab Province and captured it after two days of heavy clashes. 10 Afghan soldiers were killed and 15 others wounded as a result of the onslaught according to media reports.

Meanwhile, Baghlan province was also witness of Taliban attacks on Afghan security checkpoints as well. In chorus with their offensive on Ghazni, the Taliban attacked an Afghan security checkpoint in the Central Baghlan areas of Baghlan province which led to 40 Afghan security forces to losing their lives. Furthermore, a few days before the Taliban offensive of Ghazni city, 8 Afghan military personnel were killed and 3 others wounded as a result of the group’s attack in Charbolak District of Balkh province.

During the last few months, especifically after the initiation of the voters’ registration process for Parliamentary and District Councils’ Elections, Ghazni political figures and elders were involved in political and electoral deals and quarrels; in which case, the Taliban, during the period, carried several offensives and campaigns on districts of Khwaja Omari, Zana Khan, Rasheedan, Jaghatoo and other areas of Ghazni provinces. They captured the mentioned districts and paved the road for attack on Ghazni City.

On August 10, 2018, hundreds of Taliban fighters from Uruzgan, Maidan Wardak, Zabul and Paktika provinces jointly attacked Ghazni city from different directions and entered the city. Sources speaking to the Center for Strategic and Regional Studies (CSRS) said that most of the Ghazni city security belt checkpoints retreated without resistance to Taliban fighters, and thus the Taliban were able to enter the city easily. On the other hand, as the war in the center of Ghazni started, some police districts were handed over to the Taliban without any resistance, which has cast doubts on the efficiency of security by government officials, the details of Ghazni war and the probability of existence of a deal in the Ghazni war.

While fighting in Ghazni, the Taliban had also ambushed the highway connected to the province and thus were not letting the fresh Afghan security forces enter the Ghazni city. Therefore, the Taliban had the city in their control for up to four days and had seized entire governmental departments except for the Governor’s office and the Police headquarters.

A human crisis occurred in the city due to the attacks, according to the United Nations Office for the Coordination of Humanitarian Affairs (UNOCHA). Since during the few days of war, entire telecommunication networks were down and the no.1 Kabul-Kandahar Highway was blocked, the people in the city faced lack of water and food.

During the Taliban offensive of Ghazni city, a number of government buildings, people’s houses, telecommunication networks, commercial markets and tens of retail markets and shops were ruined and burned in fire due to Afghan and foreign security force airstrikes and attacks onTaliban militants. Hundreds of families fled their homes and spent the several days of attack in extreme fear and need of humanitarian assistance.

The Taliban attacked Ghazni city while efforts on the progress of peace talks with the groups have increased recently. Taliban representatives in Qatar had directs talks with U.S. officials on ending the Afghan war and establishment of peace in Afghanistan; however, the severity of Taliban offensive attacks, especially on Ghazni city has brought hopelessness and mistrust when it comes to the peace process.

Generally, the consequences of Taliban attacks on Ghazni city could be concluded in the following three points:

Although there is an understanding that the Taliban attacked Ghazni city in order to gain more privileges in the peace talks and to show the opposite side some muscle; the attacks coming at a time when the peace talks are on the peak and causing the loss of lives of civilians including financial losses has all been cause for eliminating the hopes of the Afghan people. The little optimism that had grown during the temporary ceasefire between the Afghan government and the Taliban in previous Eid Ul Fitr has been lost once again.

From the very beginning, the process of Parliamentary Elections in Ghazni province faced  public objections on the debate to divide or not divide Ghazni into electoral districts. The remonstrance caused closure of local office of the Independent Elections Commission (IEC) in the province and lack of development in the voters’ registration process there. Based on this, the IEC announced that the Parliamentary Elections will be held later in Ghazni as compared to other provinces. However, after the Taliban attack on Ghazni province, the problems the IEC announced that it is impossible to hold elections in Ghazni province.

Following the Taliban attack of Ghazni city, the people, in addition to human casualties, have also suffered millions of dollars of financial losses. A number of big commercial markets and tens of shops have been burned in the Ghazni war while more than 50 million dollars of financial losses have been suffered by the private sector of the province, according to officials in the Afghan Chamber of Commerce and Industries.