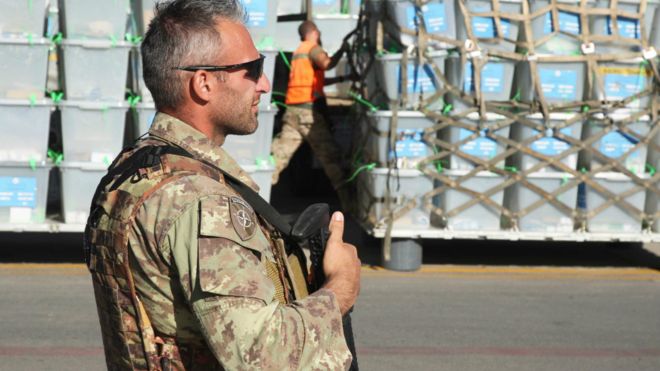 Holding Parliamentary Elections after bringing about electoral reforms were one of the most important and greatest promises of the National Unity Government (NUG); however, the NUG took 4 years before implementing the process.

The practical process of holding the Parliamentary Elections has been initiated at a time when the security situation in the country, in comparison to the past, is deteriorating rapidly and the war claims the lives of countless Afghans on a daily basis. Considering the situation, despite several other problems toward the elections, the deteriorating security situation is considered a great challenge that threatens the electoral process, voters and the candidates of the Parliament.

Based on article 83, paragraph 2 of the Afghan Constitution, the working period of the House of People (Parliament) shall terminate on June 22, 2015. The article of the Constitution states: “the work period of the House of People shall terminate, after the disclosure of the results of the elections, on June 22, 2015 of the fifth year and the new parliament shall commence work”.

After three years, the NUG eventually was able to announce the October 20, 2018 as the Election Day for the Parliamentary Elections and to start practical work for holding the elections. But, despite everything, disputes among the Afghan Independent Elections Commission (IEC), skepticism regarding transparency in elections, and severe challenges are the factors threatening the upcoming elections.

Deteriorating security situation and the expanding war in the country are considered the main challenges facing the Parliamentary Elections. Based on reports of international organizations, almost half of the Afghan territory is controlled by the armed opposition of the Afghan government. Meanwhile, more than 40 thousand civilians have been killed/injured during the last four years only, according to UN.

Although the Afghan security forces assure the people about security on the Election Day and claim to have deployed 54 thousand Afghan troops in order to ensure security be maintained on the Election Day; the people and electoral watch institutions are  still concerned about security. This was the result of security threats targeting employees of IEC, the candidates, and the public after the registration process for Parliamentary Elections began, which in turn amounted in less people turning up for registration in many parts of the country.

According to IEC, the Afghan security institutions were assigned the task of maintaining security of 7,384 voting centers , however, they were able to maintain security for 5,100 centers only. This means that almost 2,000 voting centers will remain closed on the Election Day due to security issues.

Simultaneously, attacks were carried out on voters’ registration centers in different cities of the country. 23 voters’ registration centers came under assault from the beginning of the process till May 2018 in which 271 people were killed and injured, according to UNAMA. The bloodiest of these attacks was in Dasht-e Barchi locality of Kabul in which casualties reached almost 200.

Whether the elections will be general and transparent?

The Parliament counts as the House of People in the democratic system that represents the entire nation. The nation elects their favored candidates directly through casting vote in order to represent them honestly in the future.

After the new system was established in Afghanistan in 2001, the first Parliamentary Elections were held during the Karzai term. However, as corruption and fraud was rampant at the time, the Parliament witnessed a number of persons that entered politics neither representing the people nor accountable to them. Whatever they were doing was for the sole purpose of their personal interests.

The upcoming Parliamentary Elections are held in a time where, on the one hand the deteriorating security situation has prevented the generality of the elections and, on the other hand, because of broad corruption in the country, there are concerns that the upcoming elections will also be tainted with corruption and fraud for the second time. General and transparent elections are directly linked to full sovereignty of the government on its nation and territory; however, the Afghan government has not attained full sovereignty over the entire Afghan territory due to war and poor security situation. The lack of trust of the people in transparency of elections is on the peak due to existing corruption and fraud in the electoral process. These are the issues that have brought the legitimacy of the Parliamentary Elections under question.

Likewise, the people in the areas that are relatively secure should try to cast votes for capable and academic personalities for the transparency of elections to be assured, in order for them to represent the nation well and honestly struggle for the ideas, values, and interests of the beloved nation.