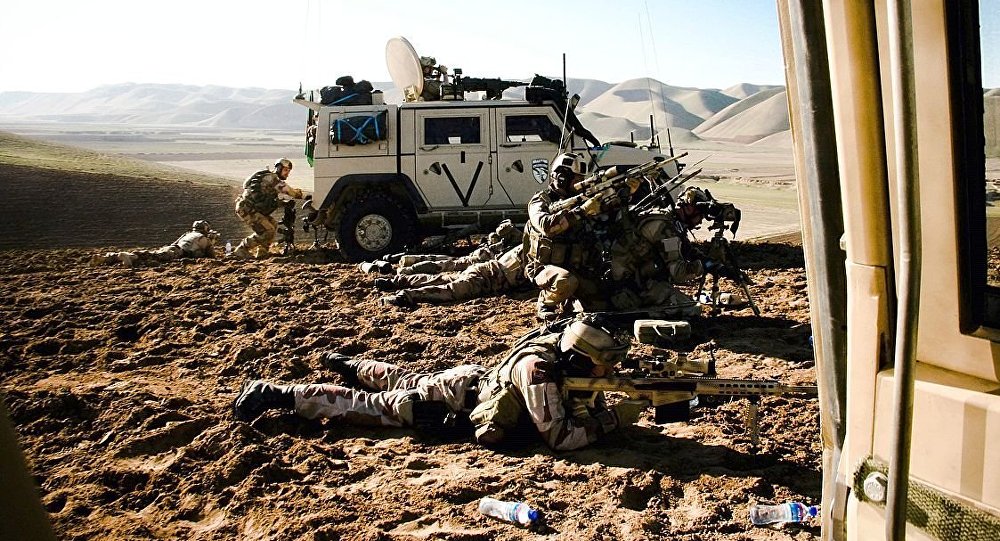 A few days ago, Erik Prince, founder of Blackwater- a private security company, in his interview with Tolo News private TV channel in Kabul, said that if the Afghan war was outsourced to contractors of Blackwater, there would be a very different situation on the ground within six months.

Since a long time, and especially after Trump became President, Mr. Prince has made huge efforts to convince the US government for privatization of war in Afghanistan; however, despite persistent attempts, his proposal is yet to be accepted.

The analysis focuses on topics related to history of Blackwater and its mercenaries in the world, reactions towards the recent proposal of Erik Prince for outsourcing the Afghan war to the mercenaries and the possible consequences.

The employing of mercenaries in wars has a long history in the world. Mercenaries are individuals hired to fight in armed conflict and do not represent any regular military or governmental force. They belong to neither of the parties, and thus, their sole purpose is to earn money and remuneration.

History indicates that for centuries the armies of great empires had always relied on foreign fighters in their ranks fighting for attaining money and wealth. In modern history, East Indian Company of India can be named as an example of mercenaries that governed the country for several centuries.

In today’s world, owning private security companies and mercenaries has turned into a lucrative business in the world and billions of dollars are attained through it; however, mercenaries have committed various crimes against humanity in every country they have set foot on. Contrary to all principles of war, they have killed civilians, women and children.

Nowadays, Blackwater is one of the greatest US private security companies in the world. The company was founded by Erik Prince, a former US Navy SEAL Officer in 1997. At first, the small company of Blackwater was providing services to US military and police in the state of Carolina; however, the occurrence of 9/11 provided the small security company with the ground to expand.

Reactions against Privatization of the Afghan War

Mercenaries took part in the Afghan war after the United States attacked Afghanistan and eliminated the Taliban regime, specifically from late 2001 and early 2002 to 2010. During the period, 52-90 private domestic and foreign security companies had activities in Afghanistan whose fighters’ number was exceeding 40,000 persons.

In 2010, ex-president Karzai banned the activities of 52 securities companies through issuing a decree in which Blackwater was also included. Then company, then, proceeded with its activities under the name of XE.

Since the private security companies have a dark history due to the last 17 years of war in Afghanistan and having committed crimes against humanity; therefore, the recent proposal of Blackwater founder Erik Prince was followed by harsh reactions regarding the privatization of Afghan war.

In reaction to the proposal, President Ghani expressed his objection to the privatization of Afghan war and emphasized that “I will not allow any foreign mercenary to get involved in the Afghan war; because no foreign mercenary could do what the Afghans themselves are capable of”. Moreover, Afghan Officer of National Security Council (NSC) has said through a published  statement: “the view of privatization of Afghan war trespasses the principle that Afghans are free to choose their own destiny. Afghan National Defense and Security Forces (ANDSF) are responsible and have the authority, in accordance with the law, to defend the Islamic values, national sovereignty, Independence and territorial integrity of our beloved country and people.”

Furthermore, Human Rights Watch warned in a recent report that privatization of war in Afghanistan would further expose the lives of civilians in the country to danger. The report calls on American and Afghan government to prevent any kind of proposals that increases the encroaching on civilian rights.

Consequences of Privatization of Afghan War

The war that began in 2001 as result of the US attack on Afghanistan and the collapse of the Taliban regime still continues in severity 17 years later. The number of foreign troops including mercenaries have been on the increase since the start of the war and have reached more than hundred thousand after one decade. Yet little has been achieved apart from enflaming the war.

Currently there is talk about privatization of the Afghan war and increase in number of foreign troops in Afghanistan. Yet there is little hope for this strategy to bear any fruit as was witnessed with past experiences of failure. Many question the idea of a private company being able to bring change when many great powers such as the US, NATO and their allies have failed.

On the other hand, private security companies, specifically the Blackwater mercenaries have an infamous and bloody background in Afghanistan. Reports and documents indicate that these fighters have been engaged in moral corruption and the killing of innocent civilians amounting to crimes against humanity.

The proposal on the privatization of the Afghan war is, however, profitable for those who hold shares in the business; but the proposal will not have any positive results for Afghans other than adding to the severity of war, spreading of terror and killing of civilians. It will never result in putting an end to the ongoing war in Afghanistan.

While civilian casualties have been largely attributed to air strikes of foreign forces, in the event of the mission being outsourced to a private company like Blackwater, many fear the situation is bound to become bloodier. Therefore, instead of such proposals, what is needed of the international community, especially the United States as an initiator of the war, is that efforts for resolving the Afghan crisis through realistic peace talks in understanding with regional countries be made. Firstly, considering the experience of the last 17 years, the war is not solvable through military pressure and secondly, the Afghan war is neither a benefit to the Afghan people, the regional countries nor the United States.