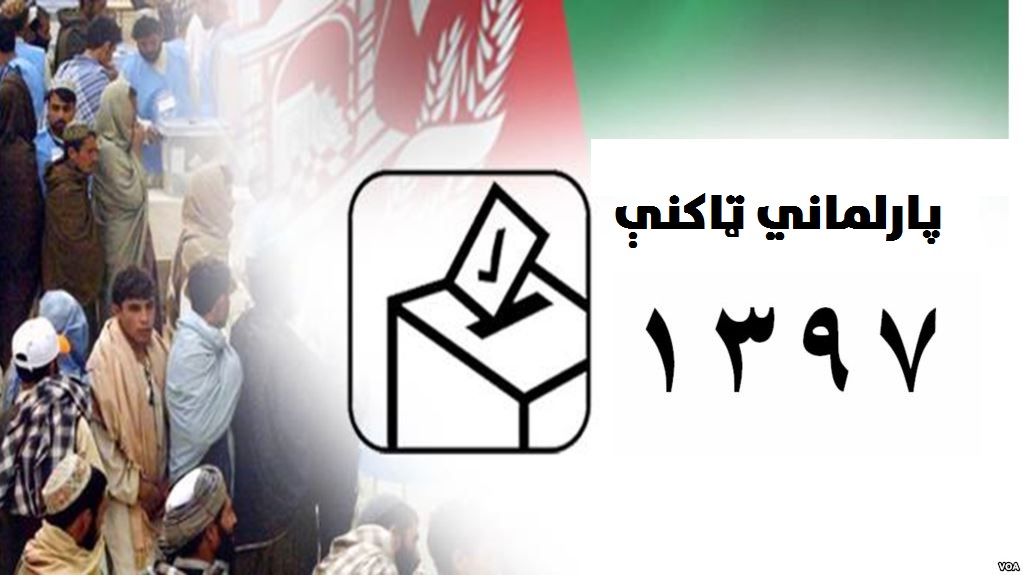 The upcoming Parliamentary Elections that were supposed to be held almost three years ago  are planned to be held next week on 20 October.

Although, a few days remain to the upcoming Parliamentary Elections, the overall atmoshphere in Afghanistan is one of concern and skepticism, putting a shadow on the process of upcoming Parliamentary Elections. The concerns include the poor security situation, political disputes in the country, as well as the people and political parities’ lack of trust in the elections due to accusations of corruption and fraud against the electoral process.

Recently, Gulbuddin Hekmatyar, leader of Hezbi Islami Party of Afghanistan said that the upcoming Parliamentary Elections have been engineered by the Afghan government and Elections Commission (IEC) in a way that parties are not allowed presence in it nor are they given the right to monitor the elections. On the other hand, the Afghan Independent Elections Commission (IEC) says that 12 out of 72 registered political parties have been granted certificates to monitor the electoral process; however, the Hekmatyar-led Hezbi Islami Party of Afghanistan has not received the right to monitor the elections as it is yet to be registered with the Afghan Ministry of Justice.

The following topics are discussed here: The mechanism of and barriers facing the upcoming Parliamentary Elections, disputes of political parties with IEC and credibility of the results for the political opposition of the Afghan government.

A few months ago, the voters’ registration process started in the centers of the Afghan provinces. The National Identity Card was the only approved document accepted for eligible (18 years old and above) voters while registering themselves. Meanwhile, those who did not possess ID cards, were able to receive it from the Population Registration Department of the Afghan government.

The eligible voters were registered in accordance with the information enshrined in their Identity cards and the certificate of registration was then pasted at the back of the ID card. The certificate contained the registration number, electoral zone and the specialized code of the voting center. It should be mentioned that the person was only allowed to vote in the center where he/she had registered themselves in.

This mechanism had the following problems for participating in the elections:

First; the paper ID cards were the only verified document considered for voting which could easily allow for widespread fraud in voting. A number of candidates made thousands of fake paper ID cards the evidence of which were presented to the media by the joint coalition of political parties. In some cases, several fake ID cards were distributed having the information of a single person.

Secondly; the discreet attaining of authorization stickers’ books from the IEC has been another big problem in the process. The CSRS has received information which shows some candidates have made hundreds of ID cards holding no photo’s with the cooperation of the Population Registration Department (PRD). These ID cards have also been stamped with authorization stickers by the employees of the IEC. Currently as the process has turned to biometric system, the owners of these ID cards are looking for people in exchange for money, to have their photos put on these ID cards in order to use them for voting on Election Day.

Thirdly; recently the IEC has announced that it will hire five thousand persons in order to monitor the electoral process and gather the related complaints on Election Days. However, the main concern remains whether these temporary employees would be reliable for such a great responsibility and what the guarantee would be that these persons would not work in favor of a specific candidate.

Although, the government has accepted the demands of the political parties and accepted the employment of modern technology in elections, concerns on quality and transparency of biometric devices remains. On the other hand, the poor security situation in the country and repeated threats from the Taliban against elections are factors that challenge the upcoming elections.

Moreover, President Ghani, during the four year term of the National Unity Government (NUG), has tried to remove the small islands of powers in the country or at least weaken the head of them. Hence, President Ghani wants to weaken and get rid of leaders of political parties from the political scene. On the contrary, the political parties have always tried to put pressure on President Ghani and make him accept their demands. Furthermore, some analysis indicates that some political movements and parties intentionally make efforts to prevent the holding of Parliamentary Elections in order for the legitimacy of government to be brought under question, and for them to have the opportunity to raise their voice for formation of a temporary government.

Will Elections be held on Time?

Afghan government and IEC have always emphasized that the Parliamentary Elections will be held in all provinces of Afghanistan except for Ghazni. However, there are some reasons that have led to concerns over the holding of Parliamentary Elections on time. Among such concerns are the security situation in the country, the Taliban threats against the elections, the lack of trust of some political parties in transparency of the elections, the lack of arrival of biometric devices to the country, and the lack of awareness proper usage of these devices by people and IEC employees, especially in remote areas.

On the one hand, the Afghan government does not have control over the entire  Afghan territory due to war and deteriorated security situation, and on the other hand the people skepticism due to corruption and fraud in the electoral process and their lack of trust in the process is on the peak. These are factors that have brought the legitimacy of Parliamentary Elections under question.

Despite all the problems mentioned before, if the Afghan government held elections in such circumstances, the elections would be limited to cities and the candidates that were announced victor would not be able to represent the entire Afghanistan. It goes without saying that holding general elections with the ongoing conditions in the country is a task impossible.

Additionally, there are possibilities that some provinces will be represented by candidates from  a single ethnic group in the Parliament (like Ghazni in the previous elections). If this happens, the elections’ results will not be accepted as general, and there will be disputes and confrontations in the country as there were regarding the 2014 Presidential Elections.