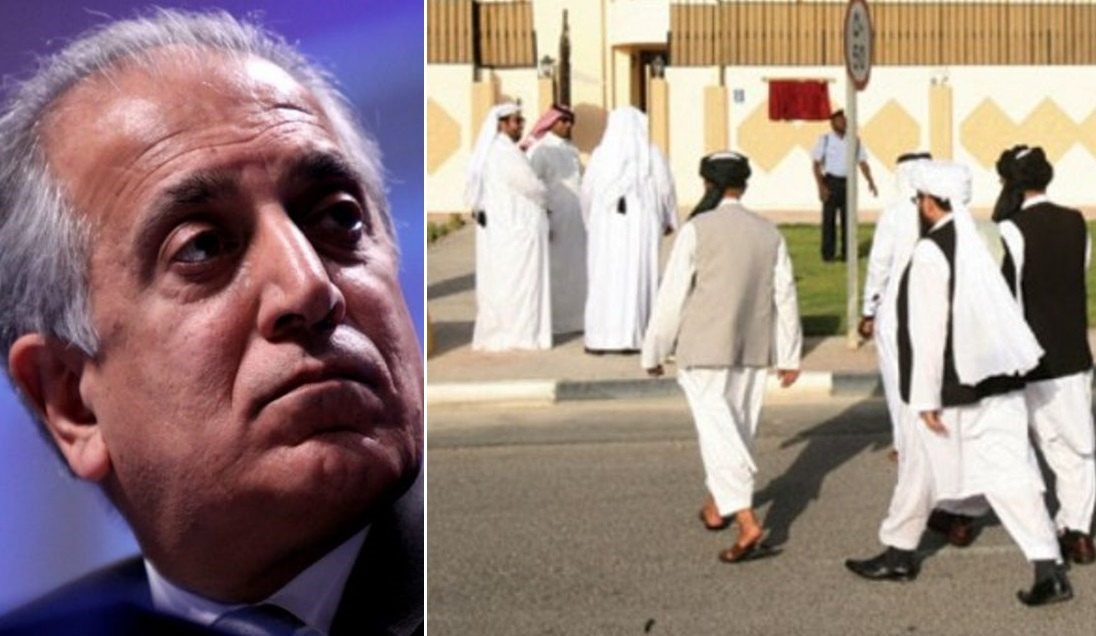 Approximately one month ago, Zalmay Khalilzad was appointed as the US State Department Special Advisor on leading the peace talks between Afghan government and Taliban. Based on remarks from the US Secretary of State Mike Pompeo, Zalmay Khalilzad will lead the Washington efforts on supporting the peace talks between the Afghan government and Taliban, paving the way for these talks as well as participating in them.

Last week, Zalimay Khalilzad initiated his new mission with a 10-day visit to Pakistan, Afghanistan, Saudi Arabia, United Arab Emirates (UAE) and Qatar. Apparently, the purpose of these visits was to pave the way for face-to-face talks with Taliban and an effort towards putting an end to the ongoing war in Afghanistan.

Afghan-American Khalilzad has adequate experience in the Afghan-related issues. The mission of maintaining peace and putting an end to the Afghan war is given to him at a time when recent national and international-level efforts made in this regard were futile and conversely increased the severity of war in the country.

The new mission of Zalmay Khalilzad, the efforts on peace talks with Taliban considering the bloody battleground of Afghanistan, and the impact of Khalilzad’s new mission on the Afghan issue are discussed here.

The New Mission of Zalmay Khalilzad

Khalilzad is, once again, appointed as the U.S. special envoy to Afghanistan while the 17 year old U.S. war in Afghanistan faces a deadlock. Thus, the U.S. has given the Taliban a green light for ending the war through initiating direct talks.

The appointment of Zalmay Khalilzad as the U.S. special envoy to Afghanistan for leading the peace talks with Taliban and putting an end to the 17-year long U.S war in Afghanistan is, apparently, signifying that the U.S is fatigued by the war with Taliban and thus in pursuit of a solution for the Afghan issue through peace talks. However, considering the complex situation of Afghanistan (increase in aggressive attacks of Taliban, killings of civilians in air strikes of Afghan and foreign forces, and remarks of Scott Miller, general commander of U.S. and NATO forces in Afghanistan regarding prolonging of the Afghan war and lack of withdrawal of foreign forces from Afghanistan), it seems that finding a solution for putting an end to the Afghan crisis is not as simple as seems.

Efforts on initiating peace talks with Taliban have begun a decade ago by the Afghan government and international community after the war increased in severity and the Taliban activities were revived in different parts of Afghanistan. Although national, regional and international level efforts have been made in this regard, a tangible result is yet to be achieved.

In 2010, the Afghan government established the High Peace Council (HPC) for working towards achieving peace. Later several meetings were held in different regional countries in an effort towards initiating peace talks with the Taliban. After the National Unity Government (NUG) was formed, these efforts became more serious. In the last four years of NUG, the Urumqi meeting in China, the Murrie Meeting in Islamabad, quadrilateral meetings on peace, Kabul Process meetings and several meetings of religious scholars in Afghanistan, Saudi Arabia and Indonesia are among the important efforts in this regard. However, the Afghan government is yet to bring the Taliban to the negotiation table. Apparently the Afghan government faces a deadlock in this regard.

On the other hand, the 17-year war of the U.S in Afghanistan is passing through its bloodiest period. A year after the U.S. announced its war strategy, Donald Trump, understating the situation, ordered unofficial direct talks with Taliban. The reports on meetings between a senior U.S diplomat and Taliban representatives in Qatar was also published. Following these efforts, the mission of Khalilzad can also be considered as another step in a series of such efforts.

Since every small step toward achieving peace and stability is seen with optimism, the latest decision by the U.S has also made a number of Afghans hopeful for maintenance of peace in the country, hoping the decision will facilitate better grounds for having the Afghan crisis solved.

Will Khalilzad succeed in his Mission?

Zalmay Khalilzad has begun working on the mission for the purpose of coordinating the peace talks from five important countries in the region and has visited Afghanistan, Pakistan and Saudi Arabia till now.

In his visit to Afghanistan, he met Afghan President Ashraf Ghani, Chief Executive of Afghanistan, Dr. Abdullah and a number of officials, as well as political and Jihadi leaders. He discussed the Afghan situation and efforts for success of the peace process and security maintenance in the country. Following his Kabul visit, Khalilzad headed to Islamabad on Tuesday (October 8, 2018). He met Pakistani Foreign Minister, Mehmood Quraishi and a number of other Pakistani officials to discuss the solution to Afghan war and peace with them. The Pakistani officials, once again, promised that they would cooperate regarding peace in Afghanistan. He then travelled to Riyadh, the capital of Saudi Arabia on October 9 and met the Saudi officials there to discuss the issue of maintaining peace and ending the war in Afghanistan with them.

Zalmay Khalilzad is expected to visit UAE and Qatar after Saudi Arabia. There are reports that he will meet Taliban representatives in Qatar as well. However, the 10-day visit by Zalmay Khalilzad, the U.S. consultation on peace in Afghanistan, and efforts on engaging Saudi Arabia in the Afghan peace issue is indicative of further and serious efforts for putting pressure on Taliban to sit at the table for peace talks. In the meantime, the arrival of Khalilzad to Kabul and holding of meetings with different political and Jihadi figures in the country also demonstrates an effort to facilitate the grounds for initiating of peace talks inside Afghanistan.

Khalilzad’s mission and all latest U.S efforts for initiation of peace talks with the Taliban are reason for optimism. It can be said that Khalilzad’s visit to Islamabad and his efforts to attain the cooperation of Pakistan in the Afghan peace process, as well as putting pressure on Pakistan to decrease its support of the armed opposition of the Afghan government shows that the U.S wants to manage the peace talks taking its interests into account, and compensating the 17 years of its failures.

In addition, Washington is currently in a different situation with regards to the Afghan issue, confronting a number of regional countries that are against the U.S. presence in Afghanistan. In this case, for the sake of peace talks with Taliban, the U.S needs to bring necessary changes in its strategy toward U.S. relations with these countries, and thus should try to achieve the trust of these countries in order to have honest cooperation from these countries.

Last but not least, if the Afghan government and international community neglect the discussion on the basic factors of the Afghan war as it did in the past, and only try to bring the Taliban to the negotiations table through political, military, and religious pressure, it is believed that these efforts, as in the past, will not yield any result.