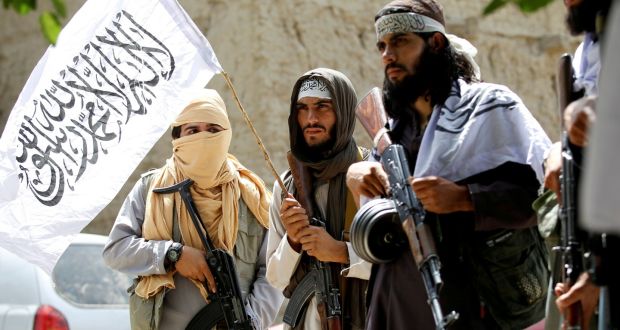 Accordingly, it is believed that the release of Mullah Baradar and three other senior Taliban officials, and certain other developments in the country which have grabbed national and international attention, are steps taken for the sake of initiation of direct talks between the U.S and the Taliban. However, the Afghan government has also been making efforts for initiating direct talks with the Taliban.

Despite the fact that previously much has been discussed about the Afghan Peace, certain recent developments have led to new questions and complications. The latest developments and initiated steps toward peace, release of Mullah Baradar from detention, and the fate of the Afghan peace process are discussed here.

Following the latest efforts and developments on Afghan peace, it is believed that, despite apparent efforts on making peace with Taliban, some covert endeavors are also taken, especially after the appointment of Zalmay Khalilzad.

Approximately two months ago, the U.S Department of State appointed Zalmay Khalilzad as its special advisor to lead the peace talks between the Afghan government and Taliban. He started his mission gathering support for the Afghan peace through conducting a 10-day visit to five important countries of the region; Afghanistan, Pakistan, Saudi Arabia, United Arab Emirates (UAE) and Qatar.

In his visit to Afghanistan, Zalmay Khalilzad met Afghan President and Chief Executive of Afghanistan as well as a number of Afghan politicians, Jihadi leaders, and important figures of Afghan politics weighing their thoughts and opinions regarding the peace talks with Taliban inside Afghanistan.

Despite being a harsh American critic of Pakistan, Khalilzad visited Islamabad during his mission and talked with Pakistani officials regarding Afghan peace. Khalilzad called on Pakistan to co-operate with the Afghan government in the peace process.

In addition, recent peace talks with the Taliban is partly also granting importance to the Qatar Office as there were rumors that President Trump was willing to have the office shut. However, it now seems that in the span of one year the Qatar Office has grabbed a pivotal role in the peace issue. This owes to U.S official visits to Qatar discussing the Afghan peace with Taliban having increased in these times. The recent Khalilzad visit to Qatar, his talks with the Taliban, the confirmation of these talks by the Taliban, and their optimism toward the solution of the Afghan issue are factors which indicate that the U.S is on the way to direct talks with the Taliban and that there remains hope that the outcome will be positive.

Mullah Abdul Ghani Baradar, who has just been released from detention in Pakistan, is from Uruzgan province of Afghanistan. He was one of the four persons who initiated the Taliban Movement in 1994. Baradar was Mullah Omar’s deputy during the Taliban regime. He was also the Governor of Herat province and the Chief of Army of the regime.

As an important member of Taliban resistance, Mullah Baradar fought against the U.S and Afghan forces after the U.S invaded Afghanistan in 2001, ousting the Taliban from power. He was then arrested by Pakistani intelligence and U.S forces in Karachi city of Pakistan in 2009. It is said that Mullah Baradar was arrested due to his intentions to initiate talks with Afghan government without the consent of Pakistan.

Though Pakistan published the news on the release of Mullah Baradar in 2013, the news was denied by his family members and Taliban. However, recently the news on the release of Mullah Baradar and three other senior Taliban leaders was published after the U.S started efforts for peace with the Taliban. It is said that Mullah Baradar was released as a result of Pakistan’s willingness and through the cooperation of the Qatari Foreign Minister. The Qatari Foreign Ministry had a visit to Islamabad last week and met Imran Khan there.

The release of Mullah Baradar from a detention in Pakistan would result in trust building and is considered a positive step in this direction. This owes to the fact that his release was the first demand of the Taliban in every talk. On the other hand, he is an experienced politician, influencer, and a pro-peace personality.  Many analysts  highlight the fact that the reason behind his imprisonment in 2010 was his intention to talk to the Afghan government.

The release of Mullah Baradar and two other Taliban officials from detention in Pakistan is considered a part of development in Afghan peace and a deal for the sake of peace. The same allegations exist in Afghanistan, especially with regards to the latest incidents including the controversial murder case of Kandahar Police Chief, Gen. Abdul Raziq.

Gen. Raziq was killed inside the Kandahar Governor’s Office at the end of an important meeting. Since Scott Millier, General Commander of Foreign Forces in Afghanistan and other foreigners were present in the meeting, a large number of Afghans suspect the U.S and Afghan government of being behind Gen. Raziq’s death.

Following the incident, a major outcry against the U.S broke out on social media as people suspected the U.S and Afghan government used the death of Gen. Raziq to mitigate the anger of the people. The mourning of Raziq was portrayed heavily on media and a large number of governmental and political officials including the President and the Chief Executive of Afghanistan went to Kandahar to pay their respects. The people remembered him in the province as someone who had been accused of torture and a UN report had criticized him for his actions. The questionable part was that being a police chief of a province, such incidents were likely to occur and had occurred in the past as well, however, this particular time was exaggerated and given much importance.

Looking at these developments, it seems that the United States is making efforts to do the job itself which the Afghan government has failed to do it in the last decade. Following the peace-related efforts of Afghan government towards Taliban, the U.S decided to carry out the talks directly and after 17 years of war, it has now concluded that the on-going war could be ended through talks only.

Among these efforts, the release of Mullah Baradar and two other senior Taliban officials is a hopeful step. It is said that Mullah Baradar will go to Qatar and join the Taliban group for peace talks. If he does so, it would be very effective and will lead to the talks process being initiated and an atmosphere of trust built.

Besides Pakistan, other regional countries like Iran, Russia and China can also play an effective role in Afghan peace and stability; but as these countries are afraid of U.S presence in Afghanistan and consider the U.S a danger for the region; it is necessary to gain their trust for heartfelt cooperation in the Afghan peace. For the sake of attaining this trust, the U.S should use every possible means to remove the suspicions of these countries regarding its presence. It is crucial that the role of regional countries is not neglected in putting an end to war in Afghanistan.