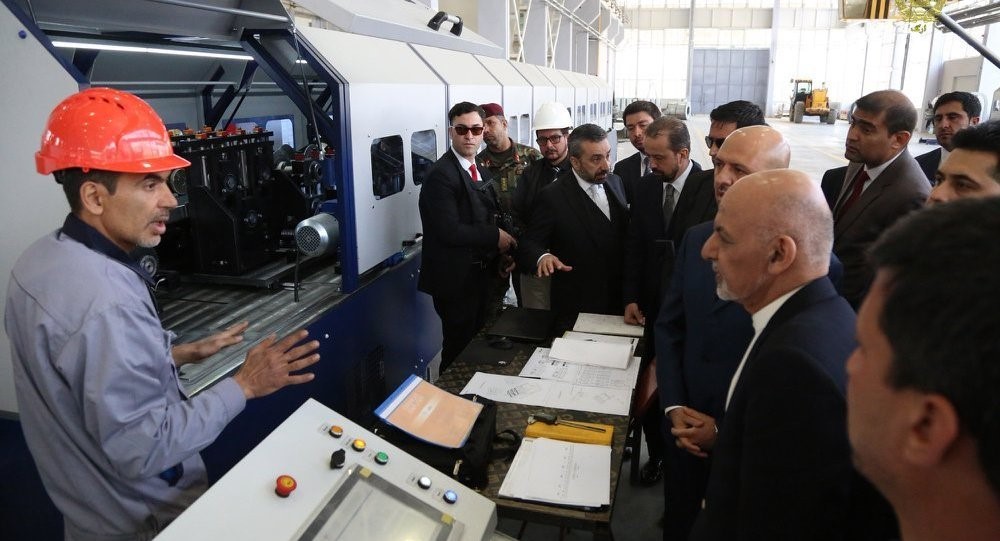 The World Bank has praised Afghanistan in its latest report for bringing some reforms and improving the business environment and starting a business in Afghanistan. Afghanistan has jumped up from 183 to 167 rank based on World Bank’s 10 business indices in 190 countries. The report has stated that Afghanistan, for taking some appropriate trade measures, has got the first position among the countries that have provided remarkable improvement toward facilitating trade.

While the National Unity Government (NUG) being established, the economic situation was in a bad situation due to withdrawal of a large portion of foreign forces from the country and political instability in there and the trend was up during the four years of NUG as there was depreciation of Afghani currency, increase in unemployment and lack of success in tackling corruption. However, there were some improvements in a number of fields especially when it comes to bringing reforms in developing environment for starting businesses.

The analysis has focused on trade and transit conditions during NUG, the problems, challenges and hopes regarding improvements in economic situation and trade in the country weighting the recent World Bank report.

Trade and transit are two important and interrelated components of a country’s economy; however, security and geographic privilege are one of the most important factors behind development in the field. For now, the more income in the field for a country has generated a competition through developing needed facilities for increasing its share among the countries.

Afghanistan is one of the land-locked countries and the matter is counted as a problem and challenge toward Afghan transit and trade; however, considering its geographic location and its extraordinary regional transit and transport importance, it has got much odds in the region.

Although, Afghanistan has got more transit importance and one of its good example is the ancient Silk Road; however, four decades of war, weak governance, widespread corruption and lack of transit institutions are the issues that have reduced from its efficiency.

After billions of dollars came to the country following the establishment of new regime in 2001, the problems in transit and trade were still remaining and it was the main reason behind forcing Afghanistan to stay connected with the world only through the Southern borders and to import and export its goods through Karachi port; however, the situation became improved after the NUG took some concrete steps in this regard.

At present, Afghanistan has got ridden from being relied on the only one neighboring country and have sought for other routes to export and import its goods. Chabahar port, air corridors to regional countries and Europe and joint Afghan-Turkmen railway can be counted as new passes for Afghan and regional trade and transit.

Although NUG has made remarkable efforts in its first four years on expanding Afghan trade relations with other countries and finding markets for Afghan exports and have achieved outstanding results in this important economic field; however, there are still some problems and challenges existed in this regard that are noted as following:

Insecurities: continuation of war and lack of security are one of the major challenges toward Afghan trade and transit. From one hand, the traders and investors avoid to invest in Afghanistan and do not see themselves being ected and from other hand, insecurities have resulted in poor safety of their goods on country’s highway.

Corruption: failure of Afghan government in eradicating corruption is one of the challenges that has affected trade and transit as well as other sectors. Corruption in the sector has caused the traders to encounter various problems while importing and exporting their goods.

Problems with neighbors: the Afghan transit trade has always been affected by the political ties/tensions with neighboring countries. For example, the Kabul-Islamabad ties in past one and a half decade was always put shadow by political ties as if there were tensions in political ground, the situation in trade was also became problematic. The conditions result in Afghan goods that are support to be exported to world to encounter problems and as a consequence to loss its value.

International rivalries: the regional and international tensions and confrontations are other challenges toward Afghan trade and transit especially when it comes to the region. For instance, fresh U.S. sanctions on Iran have affected the Iran economic ties with other countries and Afghanistan has its own concerns over its transit through Chabahar Port. However, American economic experts are yet to be certain over Afghan-India ties with regards to Chabahar Port as they do not want any harm to come to the Afghan and Indian economy.

Hopes for Improvement in Afghan Trade and Transit

Some steps have been taken on providing facilities for start-ups by NUG which are noted by the World Bank as following; reduction in license fee from 32 thousand Afghanis to 100 Afghani only, electronic payment of taxes, approval of new law on small corporations and easy entrepreneurs access to loan. The aforementioned steps are considered as means making doing business easy in Afghanistan.

During last one year, Afghanistan has provided facilities with regards to less time and money for granting business licenses and thus the conditions for investment have been improved which subjects Afghanistan as  49th best area of starting a business in the world.

At all, a number of infrastructure projects became completed and/or inaugurated after NUG became established as well as it made great efforts to find alternative routes for its exports/imports. It also was able to increase the public revenue whose one of important factors putting tax on telecommunication network’s credit cards. However, the country’s economic situation was much more deteriorated in other economic fields due to increase in insecurity and existence of political instability. The Afghani currency has reached to its lowest level (as it was 57.76 against US Dollar in 2015 and is 75 now). The unemployment rate is on the peak, the country is faced the flow of capital and the growth rate is on decline. At last, more than 40 per cent of Afghan people are living under the poverty line.

Although, the World Bank report indications emerged emerge the hope that Afghanistan will have more achievements regarding trade and transit in the future. By the way, the Afghan government has taken some basic steps toward bringing necessary reform and tackling corruption in the sector.