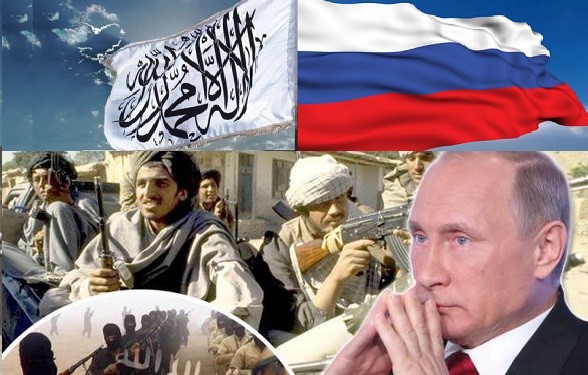 Although the latest steps of U.S. toward Afghan peace are hopeful; but the role of regional countries in the prices cannot be neglected at the same time. Considering the 17-year long Afghan war, it seems that cooperation and involvement of regional powerful countries is also important for peace and stability in the country.

Russia is a regional and international superpower whose interest in Afghanistan has, once again, risen in recent years. The country has also established ties with Taliban and, apparently, it shows that it work on Taliban to become ready to have peace talks.

The analysis had sought to answer the following questions: which part on Afghan peace need to be more focused on? How important is regional countries role in Afghan peace? And, how important and effective the Moscow Meeting is?

The Three Obstacles Toward Afghan Peace

Since last few years, the Afghan government has made huge efforts for initiation of peace talks. For this purpose, various kinds of pressures have been put on Taliban both on regional and international level in order to become obligate to have peace talks with Afghan government; however these struggles are yet to be fruitful. In order to have the peace struggles successful, it is needed to tackle the following three obstacles on national, regional and internal level.

First: Among other factors on national level, secret and obvious opposition of some individuals and circles to peace is also considered as a serious barrier toward the purpose which have played vital role in continuation of war.

These individuals and circles have thought that their interests are maintained in war and hence count peace as a harm to themselves. Therefore, they keep the fire flamed. So, it is needed to have such peoples and groups contained in order for the road to peace to become opened.

Second: Neighboring countries of Afghanistan, specifically Pakistan and Iran are the two countries that have always been accused of interference in the country. Afghan government has always criticize Pakistan for providing shelter to the armed opposition group (AOG) in its soil. Meanwhile, Iran is also often became accused of having cooperation with AOG.

Third: Russia and U.S. confrontation in last years especially after 2014 which followed by the Ukraine crisis and Syria war has emerged a new Cold War among Russia and West. Looking at recent incidents, it seems that the roots of new Cold War have been extended to Afghanistan as well. Therefore, it looks like Afghanistan is turned into the battlefield of international superpowers and thus, as long as Afghanistan does not pave the way of cooperation instead of proxy war among powerful countries, the peace efforts might not have the desirable results.

Importance of Cooperation of Regional Countries

After this, several reports on Russia military support to Taliban have been published; however, Russia have always denied the accusations of providing military support to Taliban and has justified its relations with Taliban as fear from Daesh,  safety of Russian diplomats and playing an assistance role in convincing the Taliban to initiate peace talks with Afghan government.

Now, as the United States try to initiate direct talks with Taliban and intend to end the on-going war through talks, Russia’s involvement cannot be underestimated in this time because Russia is a superpower at first place and secondly its ties with Taliban and the trust it has built can be of use in the peace talks.

Approximately two months ago, it was planned that Moscow will host a gathering on Afghan peace on September 4. Although Reuters had reported that the Taliban representatives, as the Taliban said, will attend the gathering; however, the Afghan government and America boycotted it as was planned to be hosted by Russia. The meeting, was then, suspended after the telephone talks between Afghan President and Russian Foreign Minister; however, it is scheduled to be held within next few days.

The 17-year on-going Afghan war has tired the entire parties of the war and the recent interventions is a sign of that the Afghan government and, now, America make heartfelt efforts on attaining peace. Thus, as the Russian interests are also coded in the process, so it also struggles to put an end to the ongoing war.

Briefly, it can be said that latest efforts on peace are helpful. Special US envoy, Zalmay Khalilzad visited several countries including Afghanistan and Pakistan and tried to grab the cooperation of Pakistan in the process. Mullah Baradar and two other Taliban officials became released from prison. The five former Guantanamo Talib prisoners that were released a few years ago have recently joined the Taliban political office in Qatar. At the end, it is once again emphasized that the role of neighboring and regional countries should not be neglected, but their involvement should be positively weighted.