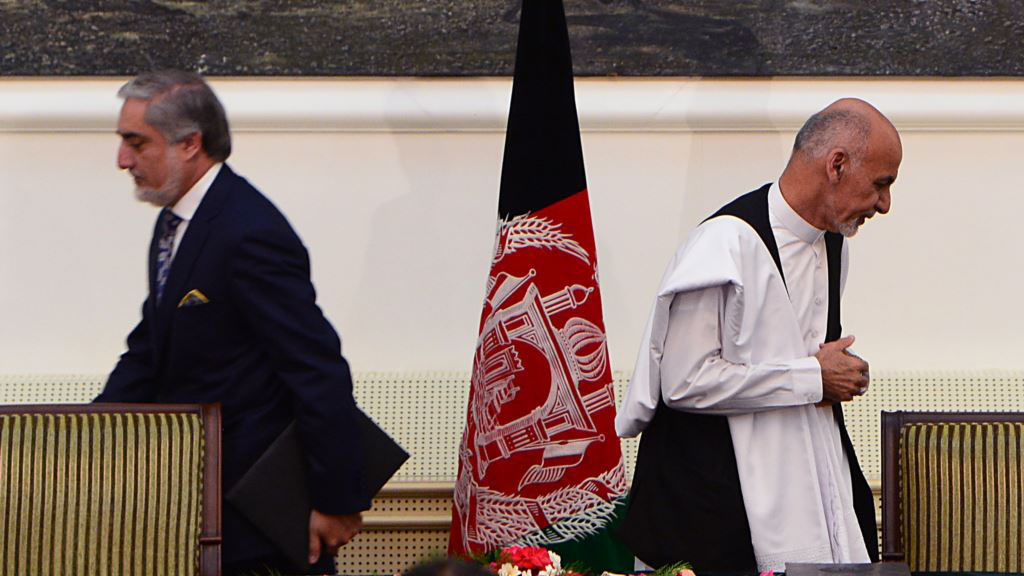 Ashraf Ghani took the office after the most controversial Presidential Elections in the Afghan history. In the 2014 Presidential Elections, the disputes were as deep as they brought the US Secretary of State to Afghanistan to mediate between Abdullah Abdullah and Ashraf Ghani’s electoral teams which, then, resulted in establishment of the National Unity Government (NUG).

The NUG was involved in disputes from the very beginning; however, they got intensified every year and, as a result, impacted the various fields in the country. Therefore, the government’s internal disputes have even caused the country to experience the risk of political instability in the term as well.

Existence of internal disputes is a normal practice in entire world countries; however, the internal disputes in the Ghani term, who were positioned at the head of coalition government (National Unity Government), were as palpable as it had, in some cases, even directed the country to the risk of facing a political instability.

The NUG Version, which divided the power (50-50) between Abdullah and Ghani team, in person, was the initiator of internal disputes among Afghan politicians; because the NUG was established against the provisions of the Constitution based on a political agreement, and thus, there were criticisms regarding the government formation from the very beginning.

At first, the Ghani and Abdullah teams had quarrels among themselves but later they started to have internal disputes even inside their own teams as well. At first, the NUG leaders had disputes over government-building and division of power, but later, they continued to have disagreements over introducing the minister of the cabinet as well as appointing senior officials especially the ambassadors for oversees diplomatic mission. The confrontations, once, reached the level where the Chief Executive of Afghanistan made public complaints against the President, his two-year work and lack of fulfilling the promises enshrined in the political agreement of formation of the National Unity Government.

Considering these disputes, some senior governmental officials were criticizing the government work at the first year of the NUG, or were leaving their positions. Among them, we can mentioned the names and positions of the following authorities; Jailani Popal, director of Independent Directorate of Local Government (IDLG), Rahmatullah Nabil, director of the National Directorate of Security (NDS), Noorulhaq Olumi, Interior Minister, Yousuf Nooristani, director of Independent Elections Commission (IEC), Daoud Shah Saba, Minister of Mines and Petroleum, Mirza Khan Rahimi, Governor of Helmand Province, Omar Safi, Governor of Kuduz Province.

On the other hand, disputes and tensions between President Ghani and his First Vice-President, Gen. Dostum was another wave deep internal dispute. At early 2016, Gen. Dostum harshly criticized President Ghani for not providing him of adequate share in the governance. He, even, accused the President of sectarianism and said that he is yet to be given the duties and responsibilities of the Vice Presidency.

During the disagreements, the Ahmad Ishchi case came to ground and folded the present disagreements. Being accused of sexual harassment of Ahmad Ishchi, Gen. Dostum formed a coalition under the name of “Salvation of Afghanistan” along with Jamiat Party and Wahat Party of Afghanistan in Ankara of Turkey. The coalition, however, begun to weaken especially after the airplane carrying Gen. Dostum was banned from landing at the Balkh Airport. However, after a commander of Gen. Dostum got arrested in north of the country and followed by widespread public demonstration, Dostum, then, returned to the country.

Moreover, local government authorities had also got disputes with the Central Government, i.e. former Balkh governor, Atta Mohammad Noor was not leaving his position and, meanwhile, was considering himself as the sharer of the NUG, who, later, became expelled from his position after a long range of negotiations with ARG, the presidential palace.

Lastly, there were internal disputes among the government officials during the 4-year life of NUG; however, they were being settled shortly through mediation of national figures and foreign officials.

Another slice of the NUG internal disputes were confrontation of the Legislative and Executive powers. Among them, continuation of work of acting-ministers in the NUG Cabinet was an important case of disputes between the government and the National Assembly as it has insistently asked the government to introduce new minister-designates to it in order to provide them with the vote of confidence; however, it took months for the government to introduce new minister to it. In return, the National Assembly has voted eleven of them till now, but there are still a number of officials who work as acting-ministers yet.

Another theme that resulted in severe disputes among government and the national assembly as well as the members of it was the demand to convene Loya Jirga (the Grand Council) and bring changes in the Constitution. Moreover, distribution and form of electronic ID card was another controversial issue. The National Assembly rejected the Presidential Decree on the matter; however, the Meshrano Jirga (Upper House of the Parliament) recognized it, which, eventually, received approval from the joint commission of the both houses of the national assembly.

There were also times that prominent members of national assembly were in absolute disagreement with the government that were continuingly criticizing the NUG work.

At the end, it is worth mentioning that these disputes have also impacted the public opinion. During last four years, the Afghan people have stood against each other as a result of the matters that the NUG leaders also had disagreements on, i.e. E-IDs, convention of Loya Jirga and amendments in the Constitution. The trend give rise to prejudice and discrimination and coldness among the people day by day.