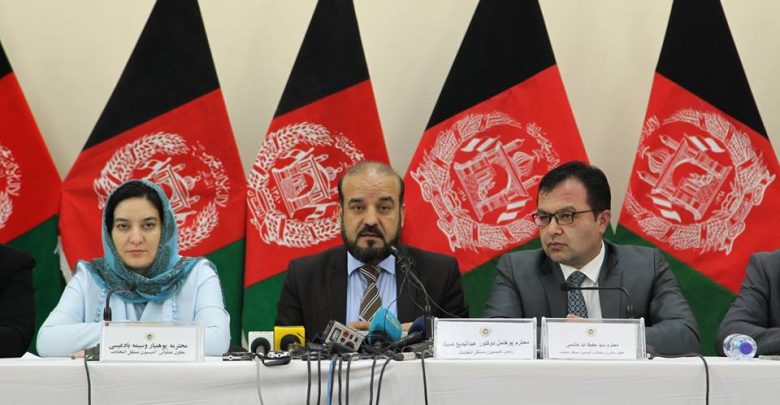 Afghan Independent Elections Commission (IEC) announced the schedule for upcoming Presidential Elections on November 28, 2018. The registration of presidential candidates will be commenced from December 22, 2018 up to 12 days, based on the schedule. The primary list of candidates will be announced on January 8, 2019 and the final list will be published on February 24, 2019.

IEC announced schedule for presidential elections while, from one hand, it yet to be able to announce the results of the previous parliamentary elections and, from other hand, there are hopes for putting an end to the Afghan war and making peace with Taliban considering the latest efforts of the United States on concluding a peace agreement with the Taliban, and it something that will not be ineffective on the fate of the upcoming elections.

The topics discussed here are: feebleness in the electoral commission and the impact of on-going peace talks between US and Taliban on the fate of the upcoming elections and, considering the recent political and security situation in the country, whether the upcoming elections will be held in accordance with schedule or not.

After the National Unity Government became formed as a result of agreement of the two electoral teams following the most controversial presidential elections in Afghanistan in 2014, reforming the electoral system was one of the important matters in the political agreement forming the government, postponement in which incurred disputes between the President and the Chief Executive of Afghanistan; however, President Ghani, at the end, established the electoral system reform commission through a decree in order for the problems in the field to become resolved. Nonetheless, the country’s electoral system has not become reformed as result of these interventions and thus an emaciated commission, then, became established.

Last month, the commission held the parliamentary elections, which were supposed to be held in 2015, with all of its ups and downs; while a month has been passed, the results are yet to be announced for entire provinces of the country.

The Afghan Independent Elections Commission is, however, faced the harsh criticism and opposition of political parties and coalitions and considering the manner in which the parliamentary elections were held, the people and political parties have lost their trust on the IEC. As the IEC performed as poor as it caused the Independent Electoral Complaints Commission (IECC) to invalidate the entire vote of Kabul and asked for re-holding the Parliamentary Elections in the province.

Nevertheless, the internal disputes among members of the electoral commissions, lack of required coordination among the IEC and IECC and existence of administrative corruption inside the commission are the matters that have bleakly reduced the reputation of these institutions.

Presidential Elections and Efforts on Making Peace with the Taliban

After the special envoy of US Department of State for leading peace talks with Taliban, Zalmay Khalilzad became appoint, the efforts on initiating peace talks with Taliban also got severed. During his mission, Khalilzad has tried to establish coordination and unity of views on Taliban in international and regional level and among some countries as well as political parties and circles inside Afghanistan and to make the different countries to cooperate in the matter.

Although, these effort are continuing and Khalilzad, after meeting the Taliban representatives in Qatar, has started his third regional visit; however, despite all hopes towards the talks, they are still blear to an extent.

Although the different views of Afghan and US government regarding peace talks are yet to, obviously, impact the Kabul-Washington ties, however, after the initiation of US special envoy talks with Taliban have increased the possibility of suspension of the presidential elections, as Khalilzad had told journalists in Kabul that he hopes to reach a peace agreement with Taliban before the presidential elections.

On the other hand, there are analyses that the US, through its latest efforts on peace with Taliban, tries to, once again, engineering the upcoming elections as they are getting close. As that US Defense Secretary has told in his recent remarks that we want to end the war in Afghanistan but we do not withdraw from the country.

Whether the upcoming presidential elections will be held in accordance with the IEC schedule or not; the following point are worth noting in this regard:

First; disputes within the National Unity Government (NUG), oppositions of political parties with government regarding the capacity and performance of the IEC and at all the deficiency and poor performance of the commission are the cases that reduce the possibility of presidential elections to be held on the given date.

Second; the Afghan security situation, as half of the Afghan soil is controlled by Armed Opposition Group (AOG) and there is war in most of the areas in the country; therefore, the possibility of holding presidential elections in such circumstances seems arduous.

Third; the other point and the most important of them is the outcome of peace talks with Taliban that will determine the fate of the upcoming presidential elections. If peace talks with Taliban really forwarded and if it is planned for the US to reach to an agreement with Taliban, then, there is vast possibility for the upcoming presidential elections to be suspended for a while; however, if the ongoing peace talks failed and no development was seen in peace talks with Taliban, perhaps, the elections would be held. Nonetheless, they will be also accompanied by problems, poor management and deficiencies as the previous elections. Then, holding such opaque and fraudulent elections alike that of 2014 will, once again, face the country with the risk of political instability; which will be followed by political skirmishes.