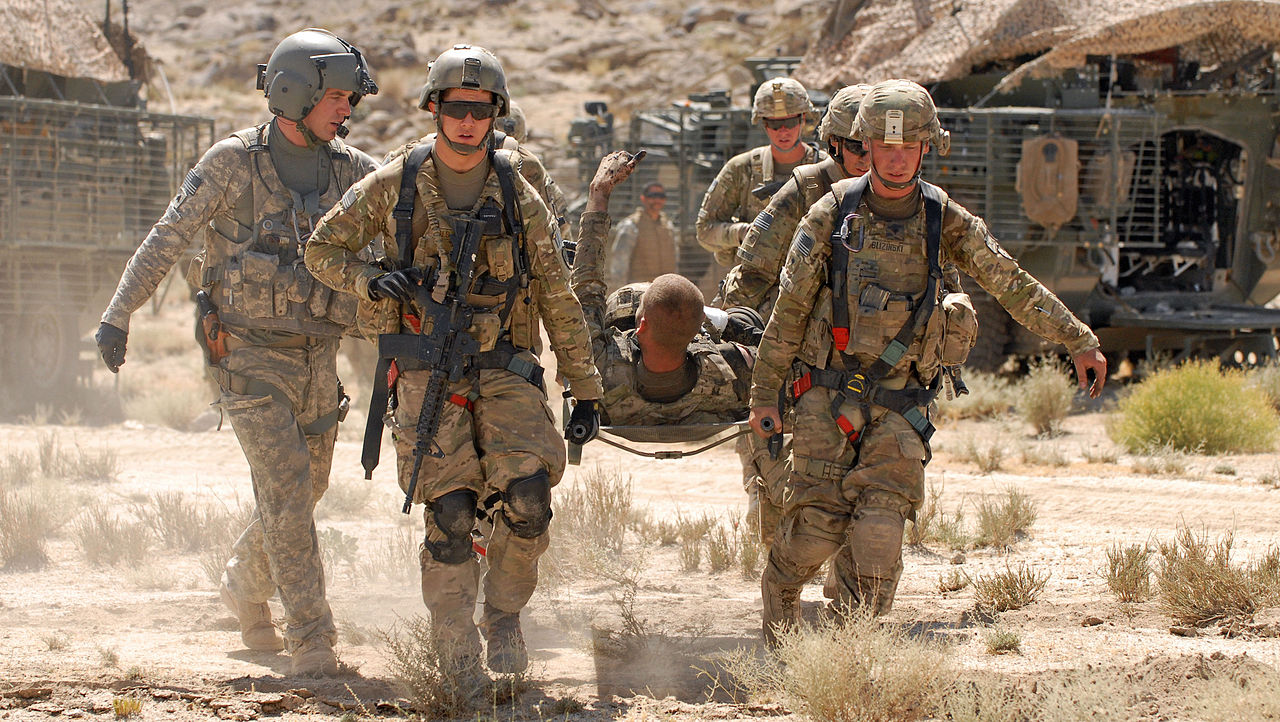 It is almost three months that peace talks between US and Taliban continue. In the series of talks, representatives of both parties held a 3-day joint meeting at United Arab Emirates (UAE) a few days ago. Although the detailed niceties of the meeting are yet to be put out; however, the Taliban, through publishing a statement, said that they have talked over putting an end to the military presence of foreign troops in Afghanistan in their talks with the US representatives.

Last week, following the recent US-Taliban meeting in Abu Dhabi, Reuters and New York Times published some reports which indicate that the US President Donald Trump ponders on withdrawal of his 7 thousand soldiers from Afghanistan and it seems that the aforementioned number of soldiers will be withdrew from Afghanistan in first few months of 2019.

​US War in Afghanistan

The United States of America campaigned on Afghanistan and sent its tens of thousands troops to Afghanistan after New York and Washington cities of America came under attack by four hijacked planes of “United” and “American” Air Lines on September 9, 2011, where almost 3000 persons became killed.

Approximately, seventeen years have been passed from the US campaign on Afghanistan; however, the war is still sizzling and takes the lives of tens of Afghans on a daily basis. Not only the US and its international partners were able to stifle the war in last 17 years, but it also expanded and got bloodier in their existence.

3559 foreign soldiers, whose 2417 are Americans, have been killed in Afghan war since last 17 years, according to icasualties. Moreover, thousands of foreign soldiers have become wounded in the Afghan war. Besides that, tens of thousands of civilians have become killed in the on-going war, and according to UN, 40 thousand Afghan civilians have suffered casualties in last four years only.

On the other hand, after the US campaign on Afghanistan, a new system under its leadership became established in the country; however, 17 years have been passed but Afghanistan is yet to be country with powerful central government, it has not got control over its entire territory and does not have a full political stability. For that reason, Afghanistan is the world’s fourth most corrupt country.

Despite that, billions of dollars have been arrived to Afghanistan after the international forces came to Afghanistan; however, they got disappeared in a way where 40 per cent of Afghans live under the poverty line and almost two million Afghan labor force is unemployed.

The on-going US war in Afghanistan is reflected as the longest war of the American history. Most of the people inside US, especially ordinary Americans, are against the continuation of the war and do not want their country to be engaged in war with other countries of the globe. Thus, putting an end to the Afghan war is reckoned as a powerful campaign slogan for political leaders in that country.

During the 2009 US Presidential Elections, Barack Obama was able to reach Presidency mostly for the power of slogan on putting an end to the wars of Afghanistan and Iraq. Obama announced his Afghan Policy in 2009 which contained the withdrawal schedule as well as adding up in the number of troops.

Putting an end to the US on-going wars and military interventions in other countries is counted as an important factor in attaining the public support in US Presidential Elections. Hence, Trump is trying to win the elections once again. First, he announced withdrawal of his forces from Syria and, then, a series of reports got published which indicated his intention to withdraw 7000 of his troops from the Afghan war.

Despite American domestic politics, there are analyses that the issue of withdrawal of troops is rooted from US-Taliban peace talks. It is also said that the United States might have taken the step for the purpose of trust-building and, in return, the Taliban might announced a short-term ceasefire.

At the end, it can be said that United States has had deployed tens of thousands of its troops in Afghanistan since last 17 years; however, the war is yet to be ended and the situation of Afghanistan got deteriorated day by day. Lately, the US also admits that the Afghan is reached a deadlock and believes that it cannot be won through military means. Therefore, it makes effort to put an end to the war through talks.

Afghans have seen nothing after the US campaign on Afghanistan 17 years ago except for war and catastrophe. Every pained Afghan is thirsty for peace and wants the war to be ended with any price. They become content with every small step towards peace and carry a lot of hopes with them. Therefore, withdrawal of US from the country is a great hope of every Afghan.

Probable withdrawal of US and other foreign forces from Afghanistan bring countless positive points with itself but the trend also contains a number of negative points that are connected to the political cleverness of Afghans.

Taliban fight against foreign forces since last 17 years. The group has limited the entire peace and reconciliation talks to the presence of foreign forces. Withdrawal of foreign forces in such circumstances eliminates a big obstacle in front peace and revive new hopes to achieve peace. For now, it abolishes the cause behind fighting of the entire militant armed groups and killings and tragedies will be eliminated or at least dwindled as a result of putting an end to the war.

Moreover, the presence of foreign forces has put shadow on the sovereignty and decisiveness of Afghan government. Their interferences in Afghan government affairs have resulted in internal disputes among governmental officials. Most of the fateful processes have lost their credence due to their interventions, and the prejudice and discrimination have increased among the people under different banners.

Existence of the circles that seek their interests in continuation of war and never want the war to be ended is also an issue of great concern besides positive points on withdrawal of US forces from Afghanistan. Such people may create barriers towards peace; but the authorities on Taliban and government sides who want to put an end to the war should get use of great smartness, and to prefer a policy for the sake of national interests which will lead to withdrawal of US forces and creation of a powerful and all-inclusive Afghan government in order for the experience after withdrawal of Soviet forces from Afghanistan not to be repeated.