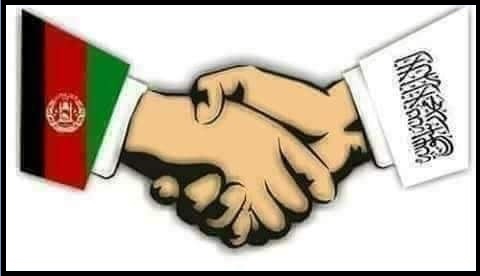 The United States and the Taliban make efforts to reach an understanding through talks on putting an end to the 18-year-long on-going war in Afghanistan. The Afghan war has taken the lives of tens of thousands of Afghans.

In the series, the US and Taliban representatives have had direct talks on Afghan peace since last few months. Although the talks are hopeful; however, the outcomes are yet to be demarcated. Nonetheless, the Taliban stress on having talks with the United States only and do not want the Afghan government to be involved. Still, the Afghan government asserts no talks held without the ownership of the Afghan government, and thus, it has recently begun efforts to make the Taliban, through putting pressure on them, to become ready for direct talks; however, the trend has increased the fear of demolition of the on-going process.

Parties involved in the Afghan War

Different armed groups are mentioned in the on-going war since last 18 years in Afghanistan, whose most of them are related to the regional and international spy circle; however, the war is fought between three chief involved parties:

US and International Forces: As the starters of the on-going war in Afghanistan, the U.S. and its international allies are the major and main party of the war. The U.S. and its international allies were directly involved in Afghan war between 2001 and 2014; however, they have been responsible for training and advising the Afghan security forces in the battlefield since 2014 onwards. They have withdrawn tens of thousands of their troops from Afghanistan in the period as well.

Second major party of the on-going war in Afghanistan is Taliban. Although the Taliban regime became collapsed as a result of the US attack on Afghanistan in 2001 and the country was stable for a few years; however, the Taliban resuscitated their fight against the U.S. and Afghan government after some years. The war got intensified day by day and, after 18 years, the Taliban have, now, control over 45 percent of the Afghan soil. Moreover, the group has maintained diplomatic ties with different countries in the region and the world.

Afghan Government: The third important part of the on-going war in Afghanistan is the Afghan government. A new system became established after the Taliban regime became collapsed thanks to the assistance of America and International Community. Although the regime has several glitches and inadequacies; however, tens of thousands of Afghans, especially after 2014 onward, fight against the Taliban in this war in a framework of the system. Meanwhile, the leadership of the system has been changed through elections three times since 18 years, all three powers of government (legislative, executive and Judiciary) are active, developments have been brought to different parts of the country, Afghan embassies are active in different countries and Afghan government has established international-level political and economic ties.

The position of Afghan Government in Peace Talks

Recently, the United States has agreed to have peace talks with the group and has met with the group three times owing to the cooperation of some regional countries. The on-going peace process has a main problem that is not giving any spot to Afghan government there.

Taking out an important and main party of the war, the Afghan government, from peace talks crafts barriers in front on the success of the process. Because 18 years have been passed from the establishment of the new system where hundreds of thousands are employed in the framework of the system, and millions other live under its sovereignty. The leaders, authorities and entire people that live under the sovereignty of the system is the aspect whose agreement and opinion is essential and effective in the putting an end to the war and reaching peace.

Furtive and evident opposition of some individuals and circles to peace in the current system is also considered as a significant obstacle towards peace, which has played a lot of role in elongation of the on-going war. To reach peace, it is needed for such individuals and circles to be either encouraged to cooperate in the peace process or be given a chance to participate in the peace process.

Whether Peace is Possible without Government?

The latest meeting of the US-Taliban talks’ series was followed by a 3-day meeting in the United Arab Emirates (UAE). The Afghan government had also sent a delegation to Abu Dhabi hoping to have talks with the Taliban; however, the Taliban rejected to have peace talks with Afghan delegation.

The Afghan government intensified its position against the Taliban after the negative response. To put pressure on Taliban, the Afghan government increased its aggressive assaults in the battlefield, handed over the security leadership to anti-Taliban figures and the Afghan Defense Minister forcibly said that if Taliban do not sit on the table of peace talks, they will bring them to the peace talks under duress.

War and military pressures have been tested since the last 18 years; however, they have brought nothing except for death and misery. If the continues for decades, it will bring nothing to Afghans except for demise and wretchedness and if eventually ends, it will be ended through talks.

Regional and international efforts are continued for putting an end to the Afghan war; thus, instead of putting pressure on each other through different means, as the domestic parties of the war, Taliban and Afghan government should feel responsibility and should take prompt steps more than every other one to put an end to the on-going conflict.

The Taliban are needed to recognize the Afghan government as an important party along the US in the peace talks for the all three parties of war to have a role in the peace process. But if the process is continued among the Taliban and US, hence, the absence of Afghan government will cause in the creation of barriers toward peace which will, ultimately, result in the intensification of war.