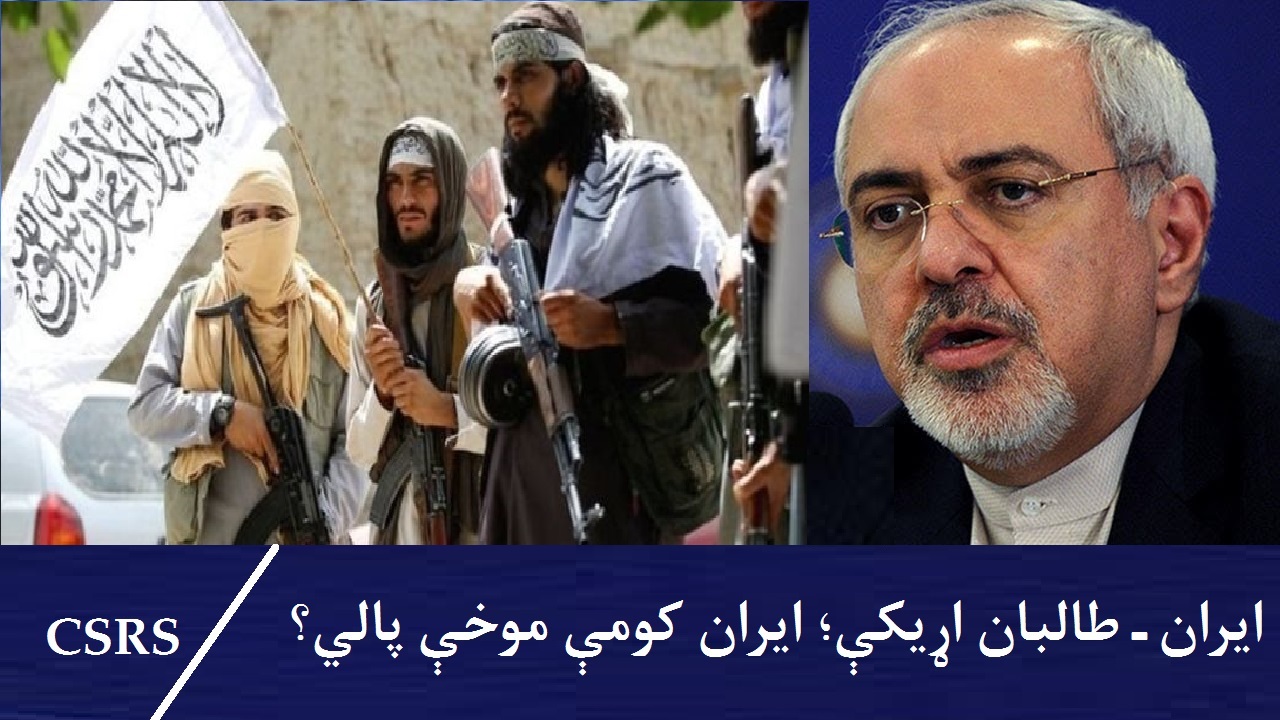 Afghanistan’s Neighbor country; Iran is repeatedly reported by media to have relations with the Taliban. Although Iran in the past has always refused to have links with the Taliban. Recently Tehran has proclaimed that a delegation of Taliban has visited the country and had a discussion on how to end the current war in Afghanistan.

The representatives of Taliban visit the republic of Iran in a time when the negotiations of Peace Process between United States and Taliban have just ended, and Saudi Arabia was chosen as a next place for meeting. However, Taliban refused to meet in Saudi Arabia after their visit to Iran and the meeting place was chosen Qatar. The meeting is also postponed due to disagreement over the agenda.

The Taliban’s political diplomacy appearance to regional and International level, the Iran-Taliban relation and Iran goals behind their links with Taliban are the issues that we will discuss here.

Building relations with countries in the region, especially with neighbor countries are immense and remarkable achievements of Taliban. These relations led them to meetings and conferences on regional and international levels, besides being an armed unit, they are also recognized as a strong political party in the region.

The political office of Taliban in Qatar which operates since 2010 and administered by political representatives of Taliban, has a main role in the expansion of their diplomatic relations. The Taliban developed their diplomacy and their relations with the world through this office. They exchanged one American soldier with five Guantanamo Bay prisoners, releasing soldiers of many countries such as, Tajikistan and Russia. Attending international conferences like Pugwash and recently in Moscow meeting made they have sent their massage to the world. Through this office they have started connection with different countries like Russia, Iran, China, Uzbekistan and many others to reduce their concern regarding Taliban. The office attempted to meet with different Afghan officials, inviting to Qatar and to exchange ideas regarding Afghanistan and the region.

Beside all this it appears that Taliban have come out to be depended on a single country, their relationship has reach to the extend where they can fulfill their needs form various countries.

At the beginning of the Taliban’s emergence in Afghanistan, Iran did not have a specific view regarding Taliban. However, when Taliban captured Herat, Iran deemed Taliban’s existence as a threat to their country and for the first time called them manufacture of Pakistan, Saudi Arabia and United States. In addition, the foreign minister of Iran called Taliban “Insurgents” when they entered Kabul and said, that “Taliban cannot create obstacle for the government of Burhanuddin Rabbani and the only legal regime in Afghanistan which Iran recognizes is the government of Burhanuddin Rabbani”

Later, Taliban closed Iranian embassy on 2nd January, 1997, and asked its employees to leave Afghanistan within 24 hours. After they Capture Mazar, on 8th August 1998. Taliban hanged ten Iranian diplomats and journalists on suspicion of spying.

Over all, Tehran- Taliban relations did not return to its normal condition during Taliban regime. During that time, Tehran continuously supported the oppositions of Taliban and did not officially recognize the Islamic emirates of Afghanistan until the end of the regime.

In 2001, Iran implicitly supported America’s attack on Afghanistan. But after a few years when the contention of Iran increased against United States of America and considered them as a threat to their country, Iran has started building relation with the Taliban, with Russian coordination another rival county to the USA.

The discussions about Taliban-Iran relation heated up when Media reported Taib Agha led delegation of Taliban travel to Iran on 17th April, 2015.  However, Iran’s ministry of foreign affairs called the reports inaccurate. Moreover, the death of Mulla Akhtar Mohammad Mansoor in Pakistan near Iranian border and discovery of Iranian documents with him exposed Iran’s relations with Taliban.

In addition, the Afghan government some officials mainly in the west reported Iran Military and financial assistance of Iran to Taliban, but the Iranian officials as always, refuses such claims. The Afghan government also did not seriously investigate the issue. Lately, the special representative of Unites states ministry of foreign affairs for Iran; Brayn Hook showed some light and heavy arms as claimed to be given by Iranian to Taliban. Mr. Hook said that Iran has been supporting Taliban since 2017.

Besides all this, Iran officially accepted that a delegation of Taliban has visited on 30th December 2018 and met with assistant of Iran’s ministry of foreign affairs. However, Iran says that these relations are only for peace in Afghanistan.

Why Tehran Keeping Relations with the Taliban?

An opposing country of Taliban regime who had hostile view about Taliban has now ties with them, a few points should be considered.

Protecting Iran’s National Security: The appearance and development of ISIS in Afghanistan has been concern of many countries including Iran. This group is suspected to be a project of Unites States and its allies to bring chaos and insecurity in the region. Looking at this, Iran is uncertain about Afghanistan attempt to prevent ISIS activity, therefore they contact Taliban to reduce the threat for their national security.

Pressure on United States and Afghan Government: United States is a strong opposition of the current regime in Iran and trying to pressurize Iran by applying different sanctions. Therefore, by supporting Taliban in Afghanistan and jeopardizing United States interests, they are trying to build counter coercion.

On the other hand, Iran strives to pressure Afghan government through this way. The Afghan- Iran water division is a critical issue and Afghan government is trying to control the water. However, Iran is concerned about its damages on their side.

Participating in Afghan Peace Process: Afghan peace talks has reached to sensitive situation and it is presumed that the United States wants to end the Afghan war through negotiations. As the neighboring countries have an important role in peace talks, Iran also, by uncovering their relations with Taliban, wants to participate in peace negotiations to ameliorate their future relation for their own interest.