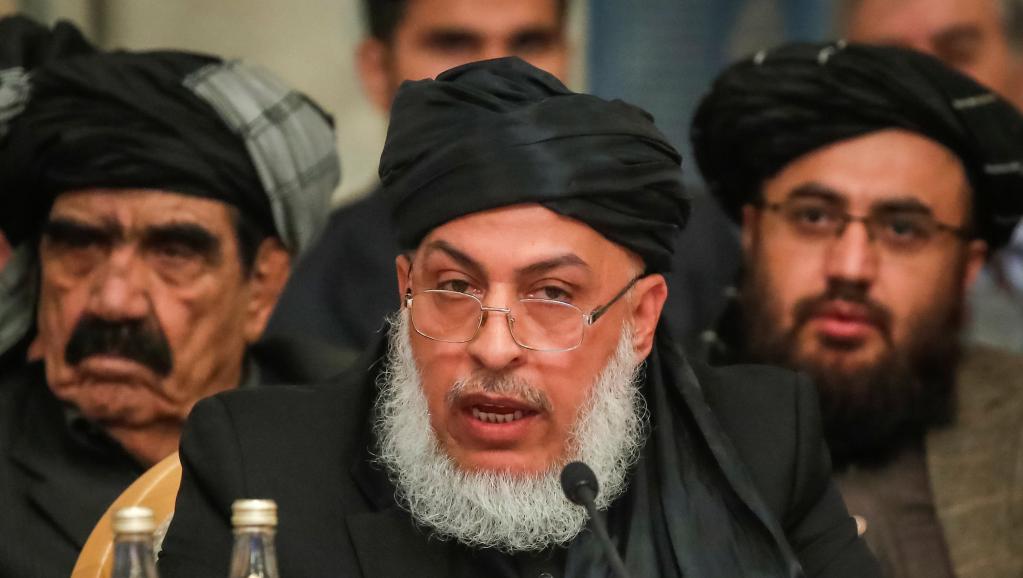 The U.S. President Donald Trump, in his State of the Union 2019 address on February 05, 2019, said “In Afghanistan, my administration is holding constructive talks with a number of Afghan groups including the Taliban. As we make progress in these negotiations, we will be able to reduce our troop presence and focus on counterterrorism.”

During an interview with the CBS TV Network on February 03, 2019, Mr. Trump said that he will withdraw the American military forces from Afghanistan and that the U.S will focus on intelligence-gathering in the country. His decision, however, faced opposition by the Senators  who voted against troop withdrawal from Afghanistan. Meanwhile, Afghan president Ashraf Ghani seems unhappy with Trump’s decision of full troop withdrawal from Afghanistan. Mr. Ghani expressed his concern in a letter to Trump, after the six-day talks between Taliban and the U.S. Special Representative in Doha, and asked for a gradual withdrawal of American troops from the countryproposed.

Although hopes for a possible peace deal are higher now than any other time, ambiguities still remain about the U.S. troop withdrawal, negotiations between Taliban and the Afghan government and future of Afghan government.

Since the last four months, Taliban and the U.S. have engaged in peace talks several times. After the third meeting in Abu Dhabi, the negotiations were suspended for a while due to disagreements over the meeting agenda but the talks resumed again and at the fourth meeting in Doha, a number of important issues were discussed.

The U.S.-Taliban peace talks in Doha were considered a significant step in peace process and it was expected that both sides would release a Joint Statement about the progress in talks. Different media reported general consensus and progress about important issues including a schedule for the U.S. withdrawal, exchange of prisoners, ceasefire, interim government, facilitating talks between Taliban and the Afghan government, and agreement calls for the Taliban to prevent international terrorist groups from basing themselves in Afghanistan. .The U.S. Special Representative for Afghanistan Reconciliation expressed happiness after the talks in Doha and said, “After six days in Doha..We made significant progress on vital issues..That doesn’t mean we’re done.”.

In a statement, Taliban also confirmed that “progress has been made on foreign troops withdrawal and other important issues.”

With all that said, ambiguity still remains in the peace process and a particular direction is still missing. Concerns are increased about a possible peace deal because the talks are happening behind closed doors and there are little details publicly disclosed and because of Afghan government’s opposition to the current process and the future of its relations with the U.S.

In a war-torn country like Afghanistan, any step towards peace can create hope. Afghans are hopeful about the current talks between Taliban and the U.S. and expect they expect that the negotiations will end the 17-year long war. However, the following issues are still ambiguous in the peace process:

First, the presence of foreign forces in Afghanistan is perceived to be one of the main obstacles for peace in country and it is the main point of discussion in the peace talks, which is not fully decided yet. In the interview with CBS TV Network and during his recent State of the Union address, Mr. Trump emphasized on complete withdrawal of the U.S. troops from Afghanistan but opposition from the senators and Trump’s statement that “the U.S will focus on intelligence-gathering in the country” are the two factors that make the future of foreign troops in Afghanistan unclear.

These questions are raised because the Afghan president mentioned about Gandamak treaty in his speach few weeks ago he said “If someone thinks that they will sign another Gandamak treaty by Ashraf Ghani, I will not do such ‘shameful’ work even if I lose my blood,”.

Fourth, Taliban state constitutional amendment as one of the conditions for a possible peace agreement and talk about reforms in the structure of government. It is not clear weather Taliban want a Taliban-centered government (Iranian type of theocracy in Afghanistan where all political and social matters are guided by the religious leaders) or a type of system where political power could be transferred by the means of democracy.

One of the main issues in peace talks between Taliban and the U.S. is the withdrawal of foreign forces from Afghanistan. But Mr. Trump’s recent comments suggest that they are looking for ways to stay in Afghanistan. Out of thousands troops, the U.S. wants to leave some in the country in the form of intelligence workers. The U.S. is trying to convince Taliban about this.

On the other hand, Taliban refused to sit with the Afghan government for any peace talks. A week ago, unofficial peace talks between Afghan political figures and Taliban were held but the government Mr. Ghani was not represented. President Ghani immediately objected the Moscow meeting and said that no one had any executive authority to forge agreements and that the ownership and leadership of peace process is the authority of the Afghan government.

Taliban direct talks with Afghan politicians in Moscow is assumed to be the first initiative to reach an Intra-Afghan political solution for a deadly war in Afghanistan. It seems that both Taliban and the U.S. are trying to reach a political settlement in Afghanistan and to end the war through possible political solution. Intra-Afghan settlement or dialogue between Taliban and the Afghan government seems difficult but the Moscow meeting could be facilitated talks between the two sides.