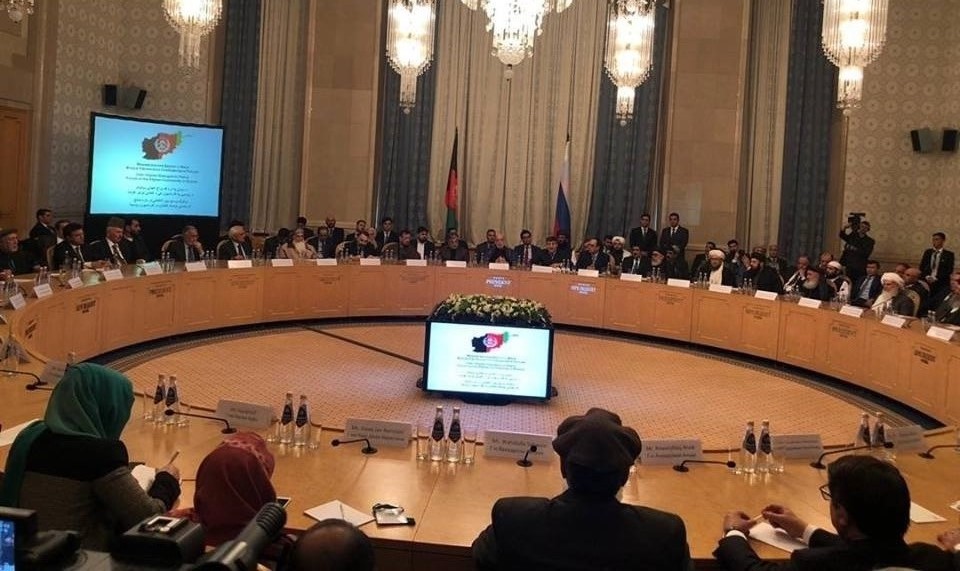 A few days ago, on 5th and 6th of Feb 2019, the Taliban, Afghan politicians, Jihadi leaders and former government officials met to discuss the Afghan peace in Moscow. After the meeting, the participants published a proclamation.

Regarding the Moscow summit, many politicians think that such meetings will help to end the disagreements between the Afghan government and the Taliban. However, the Afghan officials criticized the meeting and said that the meeting has no executive ability.

Although the views of Afghan officials regarding the face to face meetings between the Taliban and the U.S. and the criticisms of the Afghan government on the Moscow summit have raised doubts about the government’s intentions, but the government’s call to bring consultative loya jirga in March of this year is something that have increased hopes for the success of peace negotiations.

Here, the meeting of the Taliban and Afghan politicians, the nature of intra-Afghan talks and the direction towards which the peace negotiations are headed, are discussed.

The Afghan politicians, national and religious figures, including former president Hamid Karzai, Hanif Atmar, Mohammad Younus Qanuni, Mulla Abdul Salam Zaeef, Mohammad Ismail Khan, Wakil Ahmad Motawakel, Mohammad Muhaqeq, Ata Mohammad Noor and others, met with the Taliban representatives who participated in the summit under the leadership of Abbas Stanikzai. It was a two days meeting and at the end, they published a mutual resolution which contained nine articles. The participants agreed on the following issues:

First: The participants believe that through intra-Afghan negotiations, a permanent and courteous peace in Afghanistan is possible.

Second: The intra-Afghan meetings are essential for the peace process and will continue.

Third: The Qatar meetings about Afghan peace will be supported.

Fourth: If the peace process succeeds, the defense and other national establishments will be retained and improved.

Fifth: In order to bring sustainable and permanent peace to Afghanistan, the support of regional and other major foreign countries is important.

Sixth:  Both sides must obey Islamic commands in all activities of the government, accept Afghanistan as shared home, emphasize on a strong and all-inclusive central Islamic government, assure unity and Justice, and admit impartiality of Afghanistan in regional and international conflicts.

Seventh: Complete pullout of Foreign forces from Afghanistan, emphasize on prevention of other countries interferences and threats, hindrance of threats to internationals from Afghanistan, freedom of speech according to Islam, Preforming educational, political, Economic and social activities, attraction of foreign aids for reconstruction and development.

Eighth: for building trust issues, releasing elderly, sick and those prisoners whose imprisonment duration has ended or will end in near future. In addition, removal of the Talib leader from UN’s black list and officially opening an office at Duha of Qatar.

Ninth: conducting another intra-Afghan meeting at Doha of Qatar.

Reactions about the Moscow Summit

There were various reacts regarding the Moscow Summit. The Afghan government criticized the meeting and said that the meeting can only be considered as an academic discussion and cannot have executable results. In addition, the government complained to the United Nations about the summit, since some of the Taliban representatives are in the blacklist of the UN and cannot travel freely.

On the other hand, the former president of Afghanistan, Hamid Karzai expressed inclination and told the news reporters “The main solicitation of Afghans is peace and provision of peace was emphasized in the summit”. Similarly, Hanif Atmar, candidate for the presidential election and former national security advisor told the reporters “Taliban were not ready for negotiating with the Afghan government. However, if u see the mutual proclamation of the summit, the Intra-Afghan peace talks are emphasized.

Although Russia’s ministry of foreign affairs said that they haven’t facilitated the summit, but some Afghans believe that the summit is a result of competition between the U.S. and Russia and Moscow is trying to strengthen their position in Afghanistan. Therefore, people demonstrated in some provinces against Russia during the summit.

The struggles to end the war in Afghanistan through intra-Afghan negotiations have started since a decade. The attempts have increased with the establishment of Unity government. The Taliban were pressured regionally and internationally in this period in order to force them to negotiate with Afghan government about peace. However, all the struggles have no satisfactory results yet.

The Taliban have always emphasized on negotiating with the U.S. which the at the end, the U.S. felt need for peace negotiation with the party and introduced Zalmai Khalilzad as special representative of the United States for the Afghan peace four months ago. The Taliban and the U.S. met four times during four months. However, the biggest problem of the so called peace process was exclusion of Afghan government from the process.

Although the Moscow summit can be considered as the first step towards the Intra-Afghan peace talks and significant opportunity to end the current war, but apparently, the views of the Taliban and the Afghan government differs from one another and these differences have led to a sort of dead end of the peace process.

The Taliban considers talks with political groups and leader as intra-Afghan mutual understanding process. Which means, the Taliban do not recognize the current government of Ashraf Ghani. Regarding this, Zalmai Khalilzad, in a TV interview a while ago, stated that the Taliban do not want to negotiate the leaders of the Unity government. According to him, they do not recognize the government as a legal entity. Furthermore, they say that if they negotiate with the government, it will be only be in favor of a particular Candidate, who is Ashraf Ghani. On the other hand, the Afghan government defines the Intra-Afghan talks differently and says that the Taliban should accept the government as legal and negotiate with it about peace.

The peace summit in Moscow between the Taliban and Afghan politicians was a unique meeting since eighteen years because it was the first time that Afghans meet and publish a mutual proclamation in order to end the current war in Afghanistan.

The progressive meetings between the Taliban and the U.S. and their agreement on a general framework, similarly, a meeting between the Taliban and the Afghan politicians for the first time, pleasure of the summit’s participants and emphasized on conducting similar meeting, and additionally, the request for consultative Loya Jirga are issues that have increased hopes for peace in Afghanistan.

If all those articles that were published in the mutual proclamation are honestly implemented, success in ending the current war does not seem far. In addition, it possible that more meetings like the Moscow summit and consultative Loya Jirga can resolve the issue of negotiation between the Taliban and Afghan government and eliminate the current dead end of negotiation.