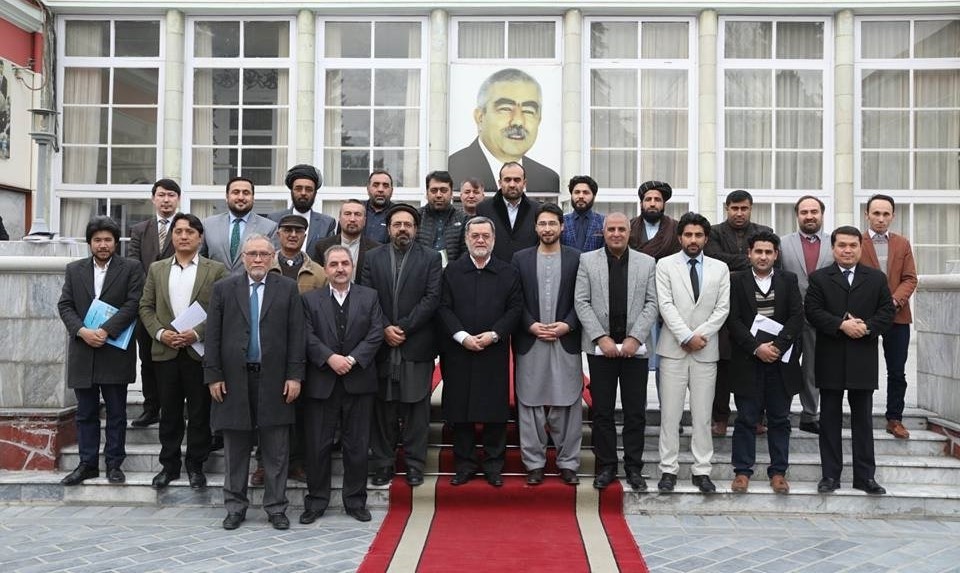 The government, after a number of consultative meetings with some candidates, representatives of candidates, political parties and civil societies, appointed technical committee to reform the electoral law improve the electoral commissions.

The committee which included representatives of political parties, representatives of candidates and other related organs, agreed on and organized the final draft of amendment in the law of commission. Last week, on 12th of February 2019, the cabinet sanctioned the draft and was later signed by the president of Afghanistan.

At the same time, based on a decree of the president Ashraf Ghani, all electoral officials were dismissed and banned from leaving the country by the attorney general.

The electoral system of Afghanistan

Based on the previous electoral law of Afghanistan, the method of elections in the country was Single Non-Transferable Vote (SNTV). This system is applied in countries where elections are newly introduced. According to the system, every voter has the right to use only one vote and the vote is transferable. This means that the vote cannot be transferred to other candidates or political parties. For instance, if there are a specific number of chairs available in elections, those candidates who obtain the highest number of votes, are announced the winners of elections.

After the fall of the Taliban regime, other than Jahadi parties, there was no party who could compete in elections. Therefore, based on political reasons, it was perceived that the best system for the elections in Afghanistan is Single Non-Transferable Vote (SNTV). If this system was not chosen for the elections, the Jihadi parties would have been the winners of the elections.

The implementation of SNTV electoral system after the fall of the Taliban regime and with the establishment of new government, has led the political parties not to grow and develop.

Amendment in the electoral law

After the presidential elections in 2014, the unity government agreed to reform the election commission. However, the government wasn’t able to amend the foundations of the electoral system. Even after three years of delay, the parliamentary elections were poorly held and still, the final results of some provinces are not announced, which indicate the weakness of the commission.

The reforms in the electoral law were one of the promises of the Unity government, a demand of political parties, supervisory and international organs. Thus, a committee was appointed to amend the electoral law.

The second article of president Ghani’s decree regarding the amendment of electoral system says “Elections in future will be held according to MDR system. The independent election commission, with the assistance of political parties and civil societies, should prepare a plan which include the amendment of the electoral law, within a month and present it to the cabinet for approval”.

After the reforms in law of elections, the selection committee has been eliminated. Based on the new law, in order to appoint the members of the commission, electoral complaints commission, and the secretariat of commissions, political parties which are registered with the ministry of Justice will introduce one person, and civil societies will introduce 15 members, among whom, 5 should be female, for the selection process.

Recruitment of permanent employees: Permanent members of Secretariat and provincial offices will be hired according to the joint procedures sanctioned by the independent election commission and the Independent Administrative Reform and Civil Service Commission.

In addition, the commission is responsible to appoint international experts for technical support and evaluation of electronic systems before the usage.

Overall, after an insight to the history of elections, the electoral system of Afghanistan needed reform and amendment. Although the government acted a little late, but apparently, it is a good effort for improvement and have increased hopes for transparency in electoral process.

Although the government, with the agreement of political parties and representatives of candidates and other organs, amended the electoral law of Afghanistan and the president approved the new law, but there are still concerns regarding the implementation of the new law. Since only six months are remaining for the upcoming presidential election, and on the other hand, the commencement of the presidential election process faced plenty of changes, it is certain that the changes will affect the elections of 1398.

According to the new law, the voters should be registered by biometric machines in order to have transparent election. However, the failed experience of the usage of biometric equipment is another issue that raises people’s concerns about the next electoral process.

Besides all the mentioned issues, the schedule of elections is connected to the peace talks between the Taliban and the United States. Zalmai Khalilzad, in his recent statement pointed this issue and said that, in case of peace agreement with the Taliban, the presidential elections will be delayed.

According to some analysts, the recent amendment in the electoral law of Afghanistan was a sort of pressure on the Taliban and the U.S. for the recent negotiations. However, since the government cannot hold the elections without the financial support of Internationals, it is expected that the presidential election will not be conducted on February 18, 2020 but will be delayed for a few months.