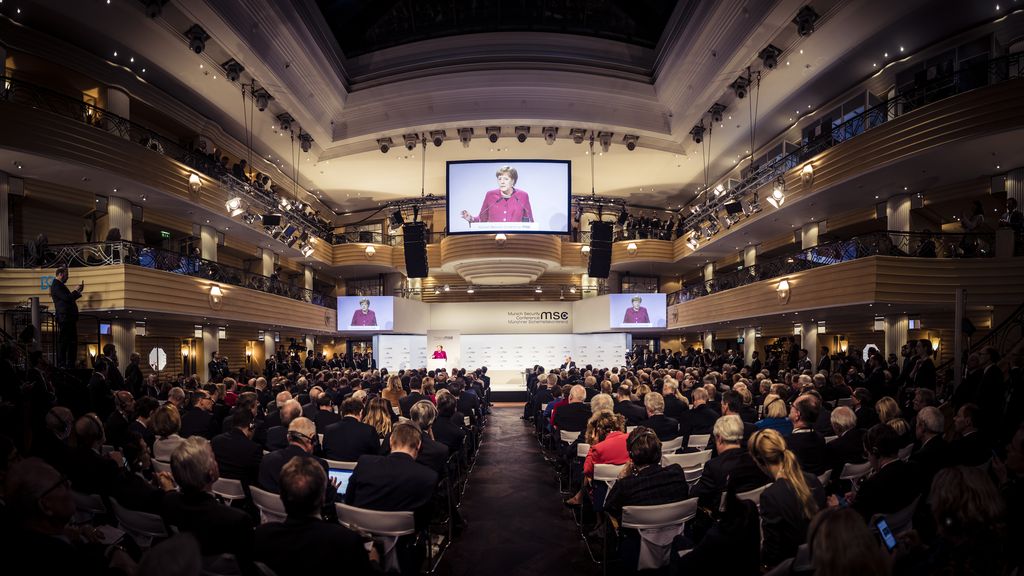 The 55th Munich conference was started in Munich city of Germany, on 15th February and ended on 17th February 2019. The conference was conducted to resolve the current political and security challenges and obstacles. Including 35 leaders of countries, 50 Ministers of foreign affairs and 30 defense Ministers, many other representatives of corporations and Non-governmental organizations participated in the conference.

Ashraf Ghani as the Afghan delegates also participated in the conference. Besides participating in the conference, he met separately with the leaders and high ranking officials of other countries. In these meetings, the focus of Afghan officials was on Afghan peace and its definition.

The 55th Munich Security conference was held in a time, when the Afghan peace and U.S. army pullout issues were the headlines of news in Afghanistan. It was anticipated that the issue of Afghanistan will be a key agenda of the conference, however, there was a minor attention to Afghanistan.

Here, we discuss the 55th Munich Security conference, discussion on Afghanistan, and margins of the conference.

The 55th round of yearly security conference was held last week on 17th, 18th and 19th February, 2019. The issues regarding the future of the European Union, state of trade and international security, weapons control and the likely clash between the United States, China and Russia were main mainly discussed in the conference.

During the conference, the vice president of the Unites States of America, Mike Pence pointed Iran as the biggest threat to peace and security in the Middle East. He objectively requested the European countries to forsake their nuclear agreement with Iran. In his speech, he said “The time has come for the Europe to abandon nuclear agreement with Iran”. On the contrary, Mohammad Jawad Zarif, minister of foreign affairs of Iran refused the accusations of Mike Pence and called Washington as the main cause of instability in the region.

Another issue discussed in the conference was regarding the ISIS, and stressed on the elimination of the ISIS. The conference talked over the strategy of the west about the ISIS.

Although there are no final decision about anything in Munich conference, polling and significant political meeting were held. Afghanistan also participated in the conference in order to attain aids of the international community, especially in the field of peace and security.

It was anticipated that, due to the current condition of peace negotiations between the Taliban and the U.S. and the issue of American pullout from Afghanistan, the issue of Afghanistan was one of the main agendas of the conference. Contrariwise, only Prime Minister Angela Merkel shortly talked about Afghanistan. Merkel, during the last day of the conference warned about the U.S. pullout and said “Great things are accomplished by Germany. The people are now convinced that the security of Germany should be safeguarded in Hindokush.”

Ashraf Ghani, in a questions-and-answers meeting, strived to clarify the demands and expectations of Afghan government regarding the peace process and aids of the west. Ghani tried to explain the definition of sustainable peace to the international community and emphasized that there cannot be sustainable peace without the control of Afghanistan.

Meeting with the U.S. officials: President Ghani at the margins of the conference separately met and discussed about the peace process and reforms in elections with vice-president Mike Pence, Special representative of the U.S. for Afghan peace Zalmai Khalilzad and speaker of the United States House of Representative Nancy Pelosi.

Mike Pence in his meeting with president Ghani appreciated the call for Loya Jirga and attempts of reform in the election commission and promised that the U.S. will not let Afghanistan to become a safe heaven for terrorists. In addition, Zalmai Khalilzad exchanged thoughts with Ghani about the recent efforts for peace, including the call for Loya Jirga and progress made so far. Nancy Pelosi also discussed the peace process and enactment of Loya Jirga and assured that the United States is committed to everlasting aids with Afghanistan, which include the peace process and battle against terrorism. United States is a strategic ally of Afghanistan and will remain one. President Ghani appreciated the support of the U.S. and added that the peace discussions should result a sustainable peace in Afghanistan.

Overall, the focus of meetings were on intra-Afghan peace negotiations, combat with terrorism, Presidential elections, regional aids, development and state of peace in Afghanistan. In addition, every European official promised ever-lasting support to Afghanistan.

Meeting with the officials of other countries and organizations: At the verge of the conference, Ashraf Ghani met bilaterally with NATO’s secretary general Stoltenberg, UAE’s minister of foreign affairs Dr. Anwar Mohammad Qarqash, Emir of Qatar Tamin Bin Hamad Al-Thani and Uzbekistan’s Foreign minister Abdul Aziz Kamilov. In these meetings, the main issues of discussions were the Afghan peace process, mutual support to combat terrorism and strengthening mutual relations of countries

In summary, although there was very little attention to Afghanistan in the conference, the government strived to show the world that Afghanistan is in the front line of war and needs assistance in the field of security and combat with terrorism. By taking the advantage of the recent attacks on Iran and India, the Afghan officials attempted to strengthen their stand and pressure Pakistan through the international community.