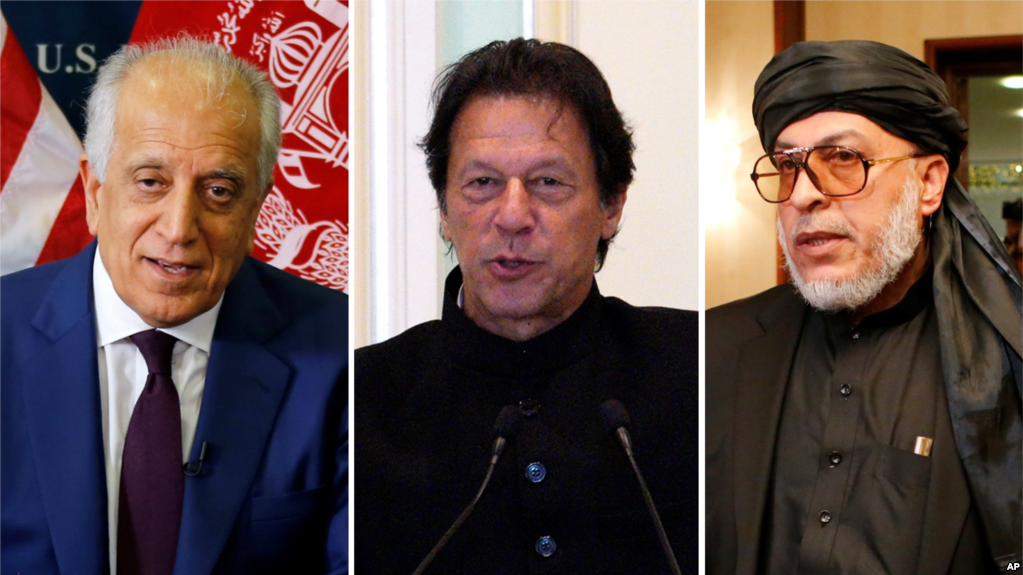 A few days ago, The Taliban stated, in a proclamation that based on the Pakistani government’s official demand, their representatives will meet the U.S. representatives and the prime minister of Pakistan before Doha meeting.

The Islamabad meeting was planed in a time, when the crowned prince of the Saudi Arabia had also a trip to Islamabad. It is being said that the Taliban representatives would have met the crowned prince as well. Similarly, it was presumed that through the meeting, the U.S. and Saudi Arabia were trying to encourage Pakistan to assist honestly for the Afghan peace.

The development in Islamabad coincides with planned meeting of the U.S. representatives and the Taliban in Doha on 25th February, 2019.

Here, we discuss the delay of Islamabad meeting and the main causes of the delay.

Since a few decades, Pakistan is consistently trying to have Afghanistan under their influence. Although Pakistan is pressured by internationals stakeholders to encourage the Taliban towards peace, and the Taliban have agreed to negotiate, Pakistan is now trying to achieve their objectives by involving itself in the peace process.

As the meeting was planned to be conducted on 18th February, the Taliban, in a proclamation said that their representatives would meet the prime minister of Pakistan to discuss the Pak-Afghan relations, Afghan refugees and trade-related problems.

Following the recent proclamation of the Taliban, the Afghan government, people and other stake holders seriously reacted. Many social media users criticized the Taliban. Some former members of the Taliban also expressed concerns regarding the issue. In addition, Ashraf Ghani also criticized the Taliban’s visit to Pakistan and said “Pakistan should explain their links with the Taliban”. Later, the ministry of foreign affairs of Afghanistan officially complained to the United Nation about this visit.

Meanwhile, The former president of Afghanistan, Hamid Karzai also said that through peace talks, Pakistan is striving to influence in Afghanistan. According to him, the Afghan peace should be obtained without the influence of Pakistan and all the problems should be resolved through intra-Afghan talks.

Why the Islamabad meeting got delayed?

Belligerence in the region: Before the Islamabad meeting, in an attack on Indian army in Kashmir, around 45 soldiers were killed. India blamed the Pakistani intelligence for the attack and to seek vengeance, threatened to attack on Pakistan.  In order to lessen the animosity between Pakistan and India, Pakistan requested the United Nations to play a role in eliminating the hostilities.

These conditions have led to two possibilities. Firstly, since India is a strategic partner of the United States, the U.S. might have requested to delay the meeting. They may also have considered to reduce the concerns of the Afghan government through the delay. Secondly, by looking at the circumstances and considering the pressures on them, Pakistan might have decided to relinquish the meeting.

Consideration of the regional competitions by the Taliban: The visit of the Taliban representatives to Pakistan was planned in a time, when the crowned prince of Saudi Arabia had a trip to Pakistan. In addition, a ferocious attack of Jael-Al-Adl group on the revolutionary guards of Iran which killed 27 soldiers. Iran lambasted Pakistan for the attack. It is presumed that, due to the Taliban’s diplomatic relations with Qatar and Iran, the Taliban cancelled the Islamabad meeting. That is because both; Iran and Qatar do not have decent relations with the Saudi Arabia.

Regarding the delay of Islamabad meeting, the blacklist is an issue which was also pointed out by the proclamation of the Taliban. The proclamation said that, as some of the Taliban leaders are in the blacklist, the travel to Pakistan is cancelled and the meeting has been delayed. However the question is: the Taliban, including Moscow, have travelled to many countries, why the U.N. did not stop them from traveling before?

Are the concerns of Afghan government going to reduce?

The decision of the Afghan government to call for the consultative loya Jirga in Hoot of this year, mentioning one year period for peace by Ashraf Ghani in Munich conference, trip of the acting foreign minister of the United States to Kabul, Afghan delegates meeting with the vice president of the U.S., Mike Pence and Zalmai Khalilzad, and Khalilzad travel to Kabul are the indicators that show a reduced in the concerns of the Afghan government towards the peace talks.

Although Ghani was worried about the recent face to face meetings between the U.S. and the Taliban, after meeting with Zalmai Khalilzad, stated that they have agreed on a new working plan.

In his visit to Kabul, Zalmai Khalilzad has also mentioned about a negotiation team for peace talks with the Taliban and said that, for peace in Afghanistan, a national and honest negotiation team is needed. He said that the Loya Jirga should create a team and consider them as their representatives in negotiations.

Regarding the statement of Zalmai Khalilzad, the presidential palace said that based on the need, there can be changes in the peace delegates. In addition, Khalilzad has said, he is trying to pressure the Taliban to negotiate with the government. It appears that the distance between president Ghani and the U.S. is shortening. The United States want the Afghan government to be a supporterer of their peace process, not an adversary.