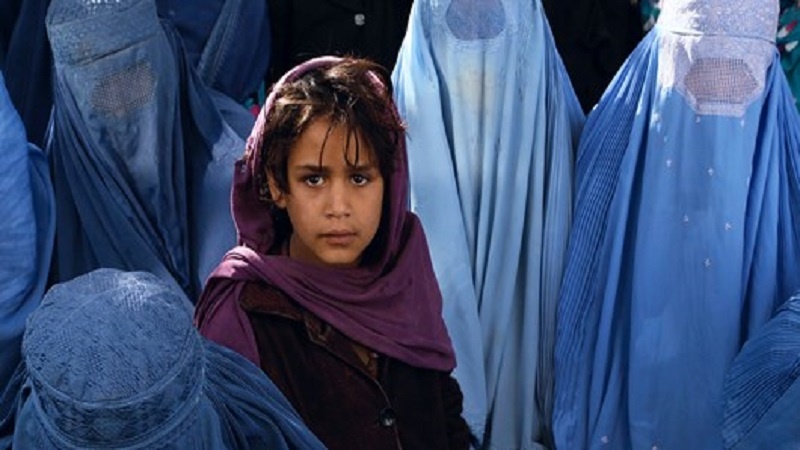 8th March is declared International women’s day. This day is celebrated by many countries annually. Afghanistan is also among the countries where the day is enthusiastically celebrated by the government officials and other institutions to support women.

The day was celebrated this year in a period when UNAMA’s annual report has revealed that 1,152 women were killed and wounded during 2018. Besides war, poverty, drug addiction, illiteracy, violence and other issues which have made women’s lives difficult in Afghanistan.

There are many establishments who operates to support women. However, most of them are project based and functions within a limited circle. In addition, women in villages and rural town still lives deprived of basic necessities and in a difficult condition

Here, we illustrate the true image of women’s condition, violence against women and causes of violence in Afghanistan.

Women’s role in the structure of Afghan government

According to the CSO’s Department of social and demographic statistics, the population of Afghanistan in 2017 was 29.7 Million, among who, 14.5 Million were women.

Struggles for the betterment of women initiated after the establishment of government in 2001. The government opened the doors of schools and universities for girls and increased their recruitment throughout time.

According to the ministry of foreign affairs, Afghan embassies at the United States, Tajikistan, Switzerland, and Norway are led by women. Moreover, three ministries of the cabinet are ran by women and 10 women are deputies in various ministries. The leadership of two commissions is also given to women. The portion of women in the fifth round of Parliament was high compared to some countries including France, India, Russia, Japan, and Pakistan.

Condition of women in Afghanistan

Afghanistan in a religious society where in some areas demand of inheritance by women is still considered vice. This example clearly indicates the level of illiteracy and deprivation from natural and Islamic rights in Afghanistan.

In order to improve women condition in Afghanistan, the Afghanistan establish a special ministry for women’s affairs. Dozens of societies operates to support women and the International community spends millions of dollars for the betterment of women in Afghanistan. In addition, new laws were sanctioned for human rights and support of women. Besides all these however, Afghan women still face difficulties and violence.

According to Afghanistan Independent human rights commission, 5132 incidents of violence against women were recorded in 2015. In addition a horrific incident of Farkhunda occurred near the presidential palace during 2015 Farkhunda was publicly beaten, killed, driven over, and burned due to blame of disrespecting the Qur’an.  The violence cases increased and jumped to 5575 in 2016. However, the number of violence incidents reduced to 4340 in 2017. These violence cases were recorded in cities and region under government’s control. As almost half of the region is under militants’ control, the condition of women is unknown in those areas.

Most of the funds to support women are spent in cities, while 21.1 million of population lives in villages and rural areas. On the other hand, women in cities are stepping away from and have extreme views about our Islamic and national values by using the names of “democracy” and “freedom of speech”. Women in cities are facing sexual assaults under the shades of democracy and freedom of speech. According to “PAYK Investigation journalism center”, every four women out five are sexually abused in military units in Afghanistan

On the other hand, women in rural areas are deprived from their human and Islamic rights. marriages for resolving disputes, child marriages, domestic violence, deprivation from education, absence of health services, performing heavy works inside and outside the house and many other are obstacles that women in villages are facing and have negative effect on their lives.

The four decade war in Afghanistan has negatively affected the condition of every Afghan including women. Thousands of women became widows and lost their sons, lost properties and wealth, and forced to perform heavy works or became baggers to find a piece of bread and food for themselves and their children.

Besides, people in Afghan society are still unfamiliar with the rights of women in Islam. Illiteracy, effects of foreign cultures, corruption, disrespect for the law and many others are issues which has increased violence incidents in Afghanistan.

In order to reduce violence against women in Afghanistan, it is necessary to honestly spend the funds donated to support women. The funds shouldn’t be spent on blustering assemblies and useless projects.  It is essential to upturn public awareness about the human and Islamic rights of women, punish the involved individuals in violence and facilitate basic human needs for women in rural areas.