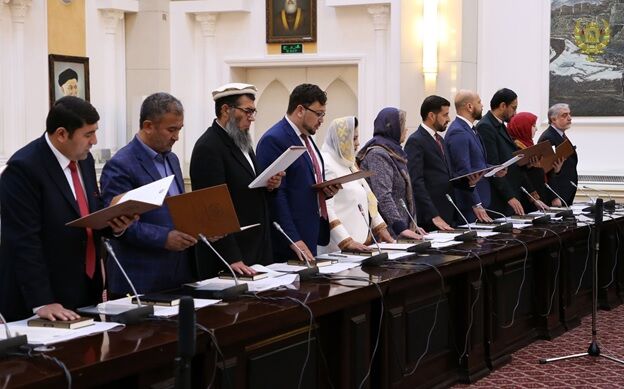 As result of consistent demands of political parties, elections supervisors and international community for amendment of electoral law and reformation in election commissions, the final draft of new electoral law was submitted to the cabinet by joint committee of political parties, representatives of candidates and election supervisors around a month ago and approved by the cabinet on 12th  February, 2019 which was later indorsed by the president of Afghanistan.

Meanwhile, all members of Election commission were dismissed based on the president’ decree and later banned from travelling abroad by the attorney general. After the dismissal of the members of election commissions, new members were appointed for the commission and officially begin their duties on 4th  March, 2019.

Here, we discuss the effects of new changes in electoral system and the fate of elections of 20th  July, 2019.

The ex-members of election commission who were recently fired and later banned from travelling by the attorney general, were appointed at the beginning of December, 2016.

According to the previous electoral law, the former members were interviewed and selected by the president and chief executive, after being shortlisted among 36 candidates by the selection committee.

Among the selected members, 7 of them (Maliha Hassan, Najibullah Ahmadzai, Abdulqadir Qauraishi and Wasima Badghesi for five years and Gulajan Sayad, Rafiullah Baidar, Maazullah Dawlati for three years) were select as the members of election commission and five (Ali Raza Rohani, Abdul Basir Faiz for Ghulam Dastageer Hedayat five year and Hamira Haqmal and Abdulaziz Aryaee for three years) were selected as the members of electoral complaints commission.

Although President Ghani during the oath and introduction ceremony emphasized on government’s support from election commissions and their independence, but corruption and weak management were reported after one year and Imam Mohammad Wareemaj, director of independent commissions’ secretariat was dismissed by the president for his poor management.

Among the new members, Hawa Alam Nooristani was appointed as the chairwoman, Said Asmatullah Mal as the deputy and Musafar Qoqandi as the secretary of Independent election commission. In addition, Zuhra Bayan Shinwarai was chosen as the chairwoman, Mawlawi Din Mohammad Azimi as the deputy and Mohammad Qasim Illyasi was chosen as the secretary of Independent electoral complaints commission. Moreover, president Ghani appointed as the chairman of IEC secretariat and Chaman Shah Etemadi as the chairman of IECC secretariat.

The government to some extent was able to please and gain the trust of political parties, supervisors and candidates by giving them a role in selecting IEC members. Since the candidates of presidential elections were involved in the amendment of electoral law and selection of the members, this will help Ghani not to be blamed and criticized for any occurrence of technical and managerial weaknesses in the commissions. Overall however, there are still concerns regarding the capacity and management of election commission by the new members.

The new commissioners begin their duty when women were selected as the chairpersons of both commissions. Although supervisory establishments consider the members election transparent but are concerned about their capacity. Most of the new members have obtained bachelor degree and do not have enough experience in elections management.

Fate of the upcoming elections

Overall, it can be said that the fate of elections is firstly connected with the political and security condition of the country, and secondly related to facilities, capacity and performance of election commissions.

Political and security condition: Overall, the hostile behavior of Afghan government towards the US-Taliban negotiations and political and security condition are critical. Although the initiation of peace negotiation between the Taliban the United States has increased hopes for the end of war in Afghanistan, but the unfriendliness of Afghan government towards the negotiations, rise of airstrikes of Joint forces on residential and religious places have increased concerns about the upcoming condition of Afghanistan.

Considering these issues, it can be said that the fate of the upcoming elections depends on the results of the peace negotiations. If the Taliban and the U.S. truly reaches a conclusion and sign an agreement, the election may delayed once again for a longer time.

Capacity of New commissions: If the government conducts election in the current circumstances, then the transparency and management of the new members will be criticized or praised. Since the members of commissions are selected by the political parties, it is perceived that the candidates will mentally pressure the members and affect their duty and transparency of the elections. Moreover, since the members of commission do not have sufficient experience of elections, it is less likely for elections to happen according to the specified schedule.

In addition, budget and security condition are other issues that can affect the upcoming elections and Afghanistan is facing serious complications caused by these issues. From one side almost half of the region is out of government’s control, on the other hand Afghanistan hasn’t obtained any final assurance by the international community to fund the elections.