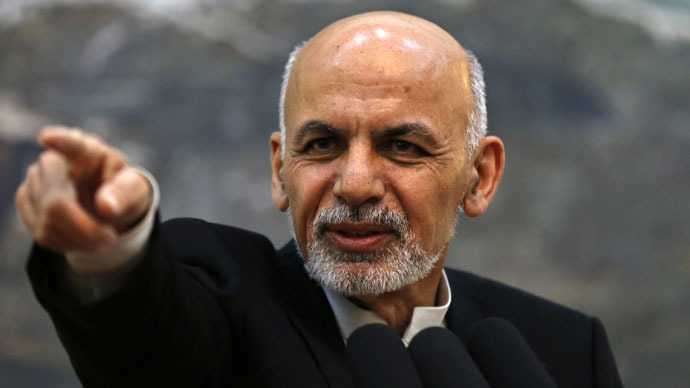 After the Unity Government and especially after the disclosure of ISI-NDS cooperation agreement between Pakistan and Afghanistan, it looks like new era of relations between both countries is begun.

Pakistan’s commitment to peace process in Afghanistan and two rounds of negotiations between representatives of Taliban and the Afghan government as a result of Pakistan’s intercession in China’s Urumqi and Pakistan’s Murree, increased hopes on that both countries are going forward to have insuperable constituent cooperation.

Pakistani high-level officials were talking, from an unexampled closeness, about relations between two countries and they were praising President Ghani for taking courageous initiatives for strengthening ties between the two countries, so President Ghani was calling Pakistan as a new ally in the war on terrorism, however, the relations has gone on obscurity in the last week.

Following the latest attacks in Kabul which killed a lot of servicemen and civilians, Afghanistan, once again, accused Pakistan for supporting terrorism and requested Pakistan to eliminate the compounds of Taliban in Pakistan, immediately and effectively.

The Death of Mullah Mohammad Omar came out at a time, when the next round of peace negotiations between the Afghan government and Taliban were expected to be started due to Pakistan’s facilitation, soon. Therefore, some people considered the disclosure of this secret as an attempt of Pakistan to postpone the peace process and connect this with the latest harsh waves of attacks in Kabul.

President Ghani, during a press conference, considered these attacks as a “war message” from Pakistan and, with a virulent tone, accused Islamabad that it supports terrorism. The compounds of terrorists beyond the Durand Line should be eliminated, he said. It seems that Ashraf Ghani is not satisfied with criticizing Pakistan through media only; Pakistani media reported that Ashraf Ghani, on Monday, complained to John Kerry, Director of the US Department of State about the existence of terrorists’ centers in Pakistan. Then, John Kurbi, the spokesman to US Department of State, said that Afghanistan and Pakistan should cooperation in eliminating centers of terrorists on both sides of the border. Quoting Kurbi, America supports the peace process between the Afghan government and Taliban and that it hopes the latest attacks of Taliban would not make the peace process vulnerable.

These expressions of the spokesman for the US Department of State in response to the request of President Ghani and CEO of Afghanistan that say, the center for equipping and supporting terrorists are located beyond our border, in Pakistan.

From the other hand, missile and artillery attacks of Pakistan on the border areas in Kunar province are restarted from the last one month. These attacks are reminder of Hamid Karzai’s era when both countries have convulsive relations.

One thing that caused the Afghan government to become furious with Pakistan is the gathering of Taliban outside Pakistan’s Quetta City of Baluchistan province, where Akhtar Mohammad Mansour, was appointed as the new leader of Taliban. This adventure followed by the deadly attacks of Taliban in Kabul has provided opportunity for those who were always raising their voice against making a peace deal with the Taliban.

This evolution has empowered the ideas of the people that previously believed that Pakistan should not be trusted. Dr. Abdullah Abdullah, CEO of Afghanistan, during a speech, harshly criticized Pakistan and accused Islamabad with supporting and equipping Taliban against the Afghan government.

Some domestic and Western media consider the latest words of President Ghani as setback in his policy on establishing close ties with Pakistan; however, Pakistani officials have had soft language in this regard.

The Peace Negotiations and Ties with Pakistan

One of the core issues that can put ties of both countries under pressure is the postponement of peace process. Disparities in the Taliban’s ranks that are interpreted as scrimmage on power inside this movement have caused the peace process to be suspended until uncertain future.

In the past few months, the peace negotiations with the Taliban due to Pakistan’s facilitation have empowered the idea in Afghanistan that the policy of Pakistan toward Afghanistan is changed, however, suspension of these negotiations from one hand and continuation of war in Afghanistan on the other hand will cause the ties to become iced to a large extent.

In the past, Pakistan could have some individuals in their control who were being made to participate in the negotiations on behalf of the Taliban and, also, these representatives were claiming that they are the real representatives of Mullah Mohammad Omar. However, Pakistan, after the death of Mullah Mohammad Omar revealed, lost this opportunity. Now, the individuals that have more support of the Taliban militants are needed to participate in these negotiations. Pakistan have make this kind of individuals to join the peace process, however, considering the morale of the Talban and the problems they have faced after death of their leader revealed, doing this job won’t be easy.

Perhaps, Pakistan would try to divide Taliban into two parts in order to get out from this problem, and then they would try to make one of these parts to participate in the peace process and thus reduce the importance of Qatar Office. Previously, Pakistan had started this job with those who were not representing the armed Taliban, however, now, when the government of Afghanistan wants to have negotiations with members of the Taliban which have the power of “ceasefire” , it is not easy for Pakistan to pressurize and bring these to the negotiations table.

Dividing the Taliban into two groups does not mean that they would rival for having peace negotiation and/or understanding with the Afghan government but such a divergence would cause every group to repeat slogans of war and anti-peace in order to not lose the support of its warriors.

Beside the virulent expressions of the leaders of the Unity Government against Pakistan, it does not seem that Ashraf Ghani is going to adopt the policies of Hamid Karzai between 2003-2014 regarding Pakistan.

The Meeting of Afghan ambassador to Islamabad with Mawlana Samiulhaq and the telephonic conversation of the Afghan Foreign Ministry with Mawlana, obvious and secret contacts of Ashraf Ghani with Pakistani officials in the past days and the high-level Afghan delegation’s visit to Pakistan shows that the virulent speeches of Ashraf Ghani were for calming the people inside the country and Pakistani officials, realizing the pressures put on Ashraf Ghani inside the country, preferred not to take these words seriously and so they avoid to have a virulent response.

Pakistani officials, besides condemning the latest attacks in Kabul, expressed their sympathy with the government and people of Afghanistan. They were insisting that Pakistan, itself, is a big victim of terrorism.

Pakistani media broadcasted the words of President Ghani and Dr. Abdullah alongside with the expressions of Pakistan’s foreign ministry where the latest attacks on Kabul were condemned.

From the other hand, a high-level delegation including the acting-minister of Defense and the director of NDS heading by Salahuddin Rabbani, the Foreign Minister of Afghanistan attended Islamabad to have talks with Pakistani officials. However, the spokesman for the Afghan Foreign Ministry said this is a vital visit in relations between two countries and he added that the delegation would have serious negotiations with Pakistan, but considering the problems of National Unity Government (NUG), a significant achievement could not be expected from this visit.

At all, it can be said that beside the latest tensions in relations between the two countries, the secret of understanding exists between Afghan and Pakistani officials; as a result, the virulent expressions of Afghan officials against Pakistan are not considered serious by Islamabad.