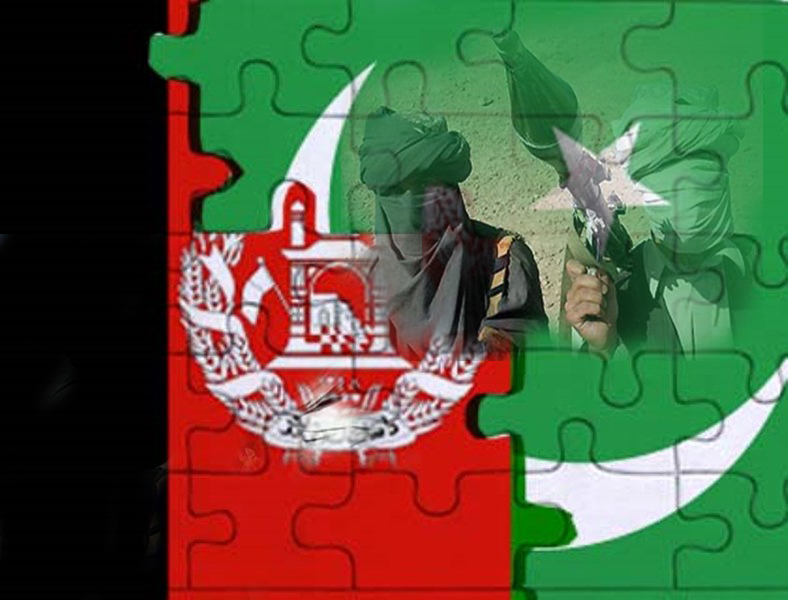 After a serious of deadly attacks in Kabul, President Ghani, unlike past 10 months, used harsh language against Pakistan for the first time. He said, a war is being declared against us from the territory of Pakistan; it is an obvious enmity with a neighboring nation.

Two days before Ashraf Ghani’s press conference, a series of heavy explosions shocked Kabul and according to UNAMA’s research it as the deadliest day for civilians since 2009.

Before Ashraf Ghani’s harsh expressions and a serious of explosions in Kabul, the started peace talks in Islamabad was delayed due to revealing the secret of Mullah Mohammad Omar’s death. Besides that, disagreements in Taliban ranks have raised, also. For now, the question is that which direction the peace process would take in the light of latest evolutions and incidents?

From the day the Taliban regime had been toppled and then, after some years, when they started armed struggle against NATO forces, some authorities of the Taliban left their ranks, for example, Mutaseem Agha Jan separated from Taliban ranks due to some disagreements in 2010 and started struggles for establishing an inter-Afghan peace process from the countries in the region. But, these internal disagreements didn’t influenced Taliban badly, because of the existence and leadership of Mullah Mohammad Omar.

Following these disagreements, head of the Qatar Office, Said Tayyib Agha, had also resigned due to secretly keeping Mullah Mohammad Omar’s from him and why the new leader of the movement was appointed outside the country, Pakistan.

Now considering these disagreements, the new concerns on the peace process are on the rise that with the division of Taliban, who would Afghan government, now deals with for the sake of peace talks. Beside Taliban’s disagreements, Mullah Akhtar Mohammad Mansoor has received support of most of the Taliban military commanders and provincial governors; the reason is that he had direct contacts and better relations with Taliban’s military commanders since the last last five years. On the other hand, the leader of Haqqani Network, Sirajuddin Haqqani became appointed as his deputy and so a huge part of Taliban’s military has pledged their allegiance to him.

On August 13th, Aiman-ul Zawahiri, leader of Al Qaeda, through broadcasting a video, pledged his allegiance to Mullah Akhtar Mohammad Mansoor and called him “Amir-ul Mumineen (Supreme Leader of All Muslims)”. Allegiance of Al Qaeda’s leader to Mullah Mansoor has challenged the existed disagreements. It looks like Mullah Mansoor will solve his disagreements with Mullah Mohammad Omar’s family through a group of religious scholars, and therefore the disagreements between the Taliban would decrease slowly, and they would not have any impact in the battle ground anymore.

The Deadly Explosions in Kabul

Last week, deadly explosions in Kabul had impacted the foreign policy of Afghanistan toward Pakistan. On August 7th, three explosions occurred in Kabul within 24 hours, the first explosion was in Shah Shaeed locality, the second was in Qasaba locality and the third one was on Police Academy. Taliban claimed responsibly for the last two attacks but the first one had a lot of civilian casualties and economical losses, Taliban rejected having hand in this one. On August 10th, an explosion occurred in the Kabul Airport, which Taliban claimed responsibility for.

The followings explain the aims behind series of serious explosions:

First: Some people opposed Mullah Akhtar Mohammad Mansoor for playing an obvious role in Islamabad’s Murree peace talks and showing green light to Taliban negotiators. Therefore, he, after becoming the new leader of Taliban, in his first audio message considered the peace talks as “enemy’s propaganda” and with these explosions in Kabul; he tries to gain support of his opponents.

Third: Naturally, Taliban warriors might have lost their morale with the death of their leader, Mullah Mohammad Omar, and on-going disagreement; therefore, the Taliban want to increase morale of their armed fighters through these attacks.

Fourth: However, the Taliban participated in Murree’s peace talks that this would not be leaked to the media, but when it was leaked and broadly broadcasted by domestic, regional and international media; the idea of that Pakistan can make the Taliban to have peace talks empowered. Hence, they, for weakening this thought, speeded their attacks.

The Change in Policies of Unity Government

The series of such attacks in Kabul changed not only Ashraf Ghani’s foreign policy, but it did also impact the Kabul policy on “terrorism”.

The deadly attacks in Kabul, delay in the second round of peace talks and criticism on Ashraf Ghani’s Pakistan policy inside the country has caused Ashraf Ghani to change his policy toward Pakistan.

Ashraf Ghani, in a press conference, used harsh language against Pakistan and said, “Still meetings are held in Pakistan and continuation of war is being insisted from there. It has proved that there are still safe shelters for terrorism is Pakistan”… ”training centers of terrorists are still functioning in Pakistan”… “We hope for peace but war against us is being declared in Pakistani soil, in reality, it is an obvious enmity against a neighboring nation and country.”

Besides that, Dr. Abdullah, CEO of NUG criticized Pakistan and said that we should review our Pakistan policy. On the other hand, Ahmad Zia Masoud, special representative of the President also said that Pakistan had deceived Afghanistan under the name of peace process.

However, this policy of the Afghan government yet to be changed completely; but the upcoming two weeks will determine the course of Kabul-Islamabad relations. Following this aim, on August 13th, President Ghani sent a high-level delegation to Islamabad and perhaps this visit would be the last ditch attempt to repair ties with Pakistan.

Afghan officials’ harsh reaction against Pakistan is being supported by the people. Before that, former President Hamid Karzai and his team were continuously criticizing Ashraf Ghani in order to stop the present policy toward Pakistan. For the first time, after Hamid Karzai had left the Presidential Palace, the government has taken such a position.

The bleak Future of the Peace Process

President Ghani wanted to have peace talks with the Taliban via China and Pakistan, and this was his policy toward peace. This is the reason why he provided Pakistan with a lot of privileges, however, his policy became criticized inside the country and it had not had any obvious fruit except Murree’s first round talks. Meanwhile, this policy instigated the Afghan Taliban against the Afghan government. Hence, Taliban follow two wars: one, their normal/previous war and second, war for proving that they are not puppets of Pakistan.

First: Efforts on dividing the Taliban would speed up, in order to gain from the Taliban’s disagreements, but it would not be so fruitful.

Second: Karzai’s former policy would be followed and relations with Pakistan should become worsen.

Third: Kabul would get use of diplomacy and put pressure on Pakistan through Pakistan’s strategic friends.

Fourth: it is that Kabul would keep Pakistan’s door open and only request help from it in order to eliminate Taliban’s compounds, and from the other hand, it would start face-to-face talks with the Taliban on the peace process.

Fifth: Kabul would receive assurance from Pakistan and Ashraf Ghani’s policy toward Pakistan will continue until several months.