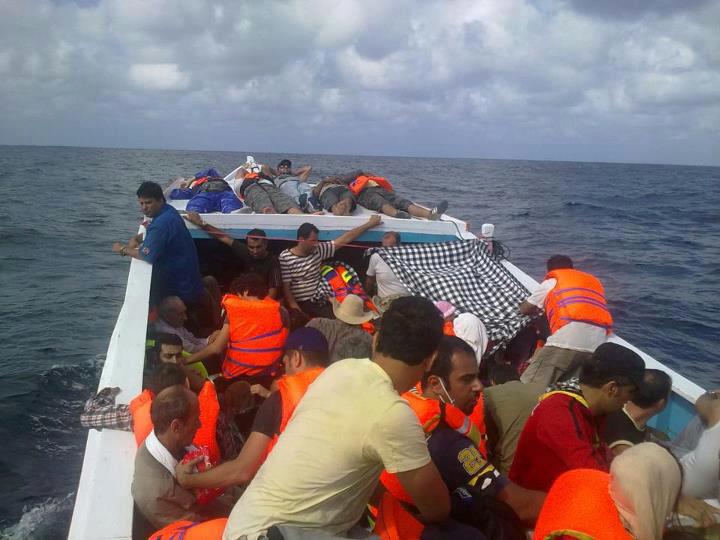 According to a research conducted by EU, the numbers of migrants at the EU’s borders have reached a record high of 107,500 in July, 2015.[1] For the first time, the number of illegal migrants has surpassed the 100,000 mark in a single month. According to this research, Afghans are the third highest source of immigration to Europe. The 2015 Trafficking in Persons Report released by the US State of Department considered the condition of these migrants “very bad” and it considered Afghanistan among those countries whose governments do not fully comply with minimum standards and are not making significant efforts to do so.[2]

The series of migration is increased in the world at all, and most of the migrants are migrating from Asia, Middle East and Africa to Europe. We would discuss about the factors behind the International Migration and the situation of Afghan migrants in the world here.

Factors behind the surge Immigration into Europe

The series of migration toward Europe is intensified; the immigration routes to Europe are including Eastern, Western and Central Mediterranean and Balkans. There are two reasons behind the increasing migration: Push and Pull factors.

Push factors are those that force the individual to move involuntary, and in many cases, they are forced because the individual risk something if they stay. Push factors may include civil war, dictator regimes, political intolerance, disobedience of human rights norms, various diseases and etc.

On the other side, pull factors can be named as economic, security, political and etc.; however, here are the reasons why migrants from Middle East, Africa and Asia flew into Europe:

Second: Start of civil war in the Middle East after Arab Spring, Tyrant governments, diseases and economic problems in some African counties and insecurity in Afghanistan made a lot of international migrants to go to Europe and this number increases as these recently-mentioned factors increase. 100000 migrants entered Europe just in July, 2015 and the German government had earlier forecast that 450,000 asylum seekers could arrive in 2015, but is now set to increase that to 650,000 or higher.[5]

Third: Migrants’ ships were sunk in Mediterranean Sea and caused 3072 people die in 2014 alone.[6] According to Telegraph, this number is increased by 2000 in ongoing year. Last week, a ship was sunk in the Mediterranean Sea that claimed 49 dead. This situation has turned the series of migrations into a crisis.[7]

Fourth: Most of the countries have launched anti-immigrant policies and they, to a large extent, do not accept illegal migrants. For example, Hungary has planted barbed wire alongside its border with Serbia. Besides that, Europe’s economic crisis has played its role in this process, also.

Reasons for Migration from Afghanistan

If we consider records of the past two years, it would become clear that most of Afghans have migrated to Europe through illegal means. However, it is too hard to learn about the exact number of people which fled from Afghanistan toward Europe; but then, some administrations has conducted surveys, and according to one survey, about 26215 people were asylum seekers in Europe in 2013. This number reached to 41370 in 2014 and by 2015, in which the factors that forces migration has increased, and this would further forces a number of people to leave the country.[8]

The following are the main reasons which have forced Afghans to leave the country:

There are three kind of Afghan migrants: refugees in Iran, refugees in Pakistan and immigrants in Europe.

The 2015 Trafficking in Persons Report released by the US State of Department discussed the overall condition of migration in the world. It writes about Afghanistan: Afghanistan is a source, transit, and destination country for men, women and children subjected to forced labor and sex trafficking. The majority of Afghan trafficking victims are children who end up in carpet marketing and brick factories, domestic servitude, commercial sexual exploitation, begging and transitional drug smuggling.[10]

Iran: Afghan refugees are not in a good condition in Iran. Some of them are in prisons and some of them are sentenced to death. Besides that, there is news published in domestic and international sources that Afghan refugees in Iran are sent to the war in Syria for the sake of money. This might be the reason that 137803 unregistered Afghan refugees returned to their country through Islam Qala and Meelak Ports between January 1 and June 30, 2015.[11] However, last week, the Iranian officials accepted that Afghan registered and unregistered refugees would be returned to Afghanistan voluntarily.

Pakistan: After attack on a military school in Peshawar, Pakistan, the policies on terrorism and Afghan refugees intensified; returning of Afghan refugees from Pakistan is started once again. According to the records of UNHCR, about 91485 Afghans were returned to their country through Torkham and Speen Boldak Ports between January 1 and June 30, 2015. These records show a 418% increase compare to 2014.[12] However, Pakistan had promised the Afghan Minister of Refugees, in his visit to Islamabad that it will start the registration process of unregistered Afghan refugees soon; but this process yet to be started, and considering the latest political changes, this process might not be started in a near future.

Registered refugees are returning to the country, also; however, they are valid to stay in Pakistan until by the end of 2015. Of course, they face an unknown fate by the end of 2015 that whether their cards would be renewed or extended, their fate would be left unknown or would they be forced to return to their country.

Rest of the World: The majority of Afghans go to Europe through dangerous ways and most of the time, they became killed by police or their ship is sunk in the waters. However, if they became able to reach to Europe, they, to a large extent, remain without any destination and reside in jungles.