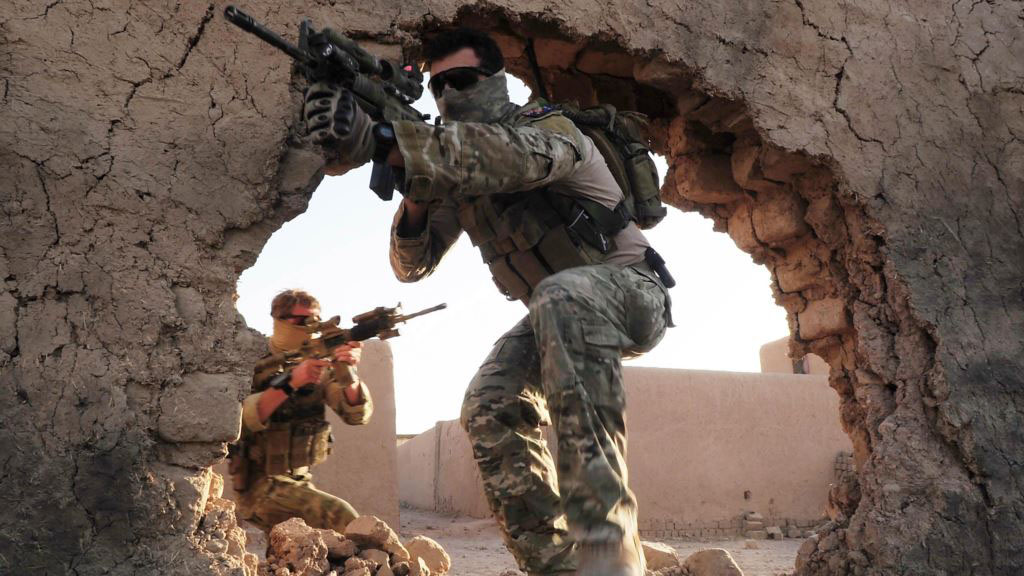 Like BSA agreement with USA, the entire aspects of SOFA agreement with NATO were too not reviewed; and, the esoteric points with multiple meanings and different interpretations and perceptions were not questioned, also. To deceive the public, like  every other agreements, only those points were highlighted that were apparently on the benefit of Afghanistan, including “shared commitment” to a sovereign, secure and democratic Afghanistan.

Preface of this agreement states: “Confirming the shared understanding of the Parties of the threat to the international community posed by terrorism and their shared commitment to taking effective action to counter that threat and to ensuring that Afghanistan never again becomes a safe haven for terrorists; Recognizing that the mission of the ISAF will be concluded by the end of 2014;

Recalling the commitment of NATO and other members of the international community to standing with Afghanistan and the Parties’ agreement at the NATO Summit in Lisbon to renewing and building a robust Enduring Partnership complementing their past security cooperation and continuing beyond it; …”

The end of this preface states: “Reaffirming, finally, the Parties’ agreement on the value of NATO leading a non-combat, training, advising and assisting mission in Afghanistan beginning after 2014;…” [1]

NATO’s officials were always emphasizing that the purpose of NATO presence would not entail a combat mission in the post-2014 Afghanistan, it would only be a ‘non-combat’ mission.. However, the two clauses  of Article 2, is contradictory with the NATO’s new ‘non-combat’ mission, because in the  case of shared understanding, NATO forces can have a combat mission in Afghanistan, also.

On October 27th, 2014, BBC reported that the last British combatant soldiers had left Afghanistan and the war is over for British forces in Afghanistan.

But, British Special Forces are Back in Helmand

According to this agreement, NATO, apparently, has ended their war in Afghanistan and was supposed to return to their countries, however, it did not happened; American Special Forces have continued their military operations in the villages of Afghanistan and recently, the British forces have also joined them.

According to English newspaper, “Mirror”, the British Special Forces are back to  war in Afghanistan, fighting both Islamic State’s terrorists and the Taliban. However, the exact numbers of these troops are not yet known, but,  Taliban claims in its statement regarding the 96th Independence Day   that recently more than 2000 fresh British soldiers have arrived in Afghanistan” [3]

The Emergence  of “Daesh”  in Afghanistan

When NATO announced that it is going to change its  combat mission to a non-combat one and would only be training, advising and assisting the afghan security forces,  and American officials declared that from now onwards they do not recognizes Taliban as their enemy anymore, and the war of Afghan forces against the Taliban, is related to themselves. NATO carries out the non-combat training, advising and assistance mission only.

Since last year, the suspicious movement under the banner of Daesh has taken place in Eastern Afghanistan, and the Afghan officials have also propagated about this  this new group. Now, some political analysts think that the emergence of this group is a subterfuge for foreign forces to return to Afghanistan and to continue their military activities. American and British forces that were busy in the ‘night raids’ and and killing and arresting suspicious people by the name of Taliban in the past is now doing the same due to Daesh . However, this time  the new government is silent and does not criticize their actions.

Some analysts believe that  the return of British troops has connection to narcotics.

Gordon Duff, a senior editor in Veterans Today, in one of his analysts said that the United States wants to stay in Afghanistan in order to keep its profitable heroin business in the country. In his interview with the Press TV, he said: “The only reason the United States would stay there, frankly, is to keep its multi-hundred-billion-dollar heroin business. The ‘opium’ has always been a portion of Afghanistan’s trade.

When the United States went came to  Afghanistan in 2001, Afghanistan had almost ended  every aspect of narcotics production,” Duff said. “As of last week, Afghanistan was producing 98 percent of the world’s heroin. Cultivation of opium poppies, which are processed into heroin, amounting to 209,000 hectares that causes Afghanistan to remain as the world’s largest opium producer, He added. [4]

Abby Martin, in his article “How Opium is Keeping US in Afghanistan: CIA’s Shady History of Drug Trafficking” wrote: “War has always been about resources and control.” [5]

He said, as reported by Global Research: “Immediately following the October 2001 invasion, opium markets were restored…By early 2002, the opium price (in dollars/kg) was almost 10 times higher than in 2000.” The writer said, back in the fifties, the CIA turnedblind eye to drug trafficking and  flew the drugs all over Southeast Asia; during the eighties, the CIA financially and logistically backed anti-communist contras (well-known as Iran-Contra) in Nicaragua who also happened to be international drug traffickers. CIA is busy with this job in Afghanistan, also, he added.

Though, analysts’ considering the return of British troops to Sangin District of Helmand Province in Afghanistan solely due to drugs and opium  cannot be considered as a reason for the return of British troops, because the British servicemen, besides fighting the armed oppositions, were responsible for tackling the narcotics in the past 13 years, also; however, they were not that much successful in its war on drugs.

Return of British fresh troops in Afghanistan is an effort to re-extent their military presence in the country with different subterfuges including fighting the Islamic State group of terrorists. In the case, they, in the past 13 years, could not control the activities of anti-government elements (AGEs) in the areas of its responsibility (mission).

Therefore, the people expect the government to control the recent presence of these forces in a way that  they would  not be able to conduct operations other than what is mentioned in the agreements.