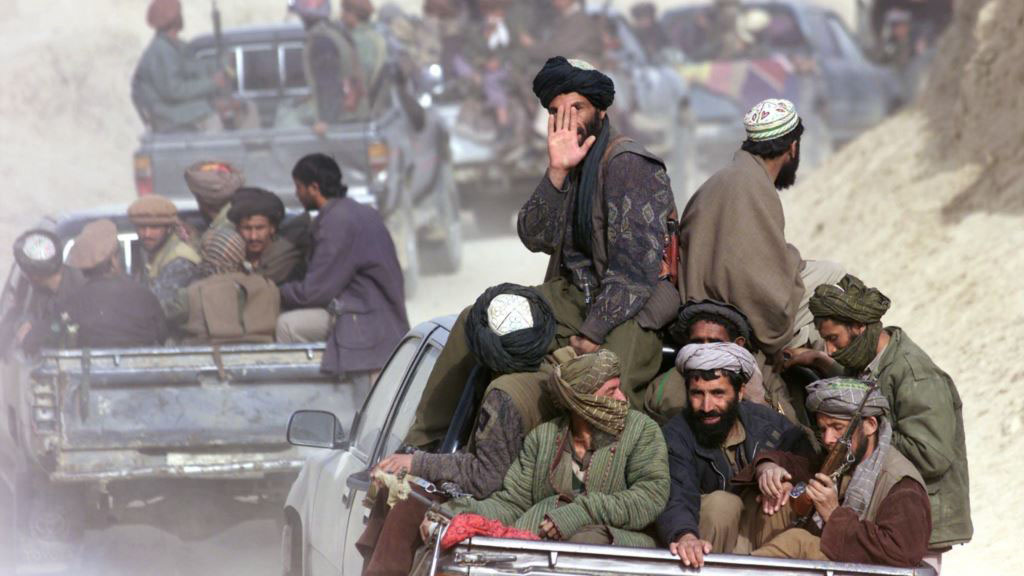 After the death news of Mullah Mohammad Omar, the former leader of the Taliban, was revealed, some of the important figures in the Taliban’s movement opposed the appointment of new leader, Mullah Akhtar Mohammad Mansour. These figures were arguing that the successor’s appointment method was incorrect.

Creation of disputes after the death of the leader is not that much unusual in every group, however, keeping the secret of the death of Taliban’s leader hidden for more than two years could be one of the reasons behind these disputes, although, other issues came out that increased these disputes, then.

Said Tayyib Agha, the general director of the Qatar Office and one of the close friends of Mullah Mohammad Omar did not became dissatisfied just for the death of Mullah Mohammad Omar that was kept hidden from him but he also raised some questions on the appointment of new leader inside the soil of Pakistan. The family of former leader of the Taliban announced that it is impartial in the disputes on the leadership in the Taliban’s movement.

At the beginning, these disputes had political approach and due to this a number of religious scholars held meetings with opposite sides in order to solve the problems. On the other hand, the opponents of Mullah Akhtar Mohammad Mansour did not have a complete understanding among each other and so the objection was not considered seriously, because these disputes were not permeated to the rank of the Taliban at the battle-ground, however, these disputes became broader gradually.

Disputes in the Lines of War

At the beginning, it was looked like that perhaps Mullah Abdul Qayoum Zakir, that the rumors about his opposition with Mullah Akhtar Mohammad Mansour were heard years before, would stand against him. Abdul Qayoum Zakir is considered as an influential personality in the ranks of the Taliban, his objection could be very effective, however, that did not happen. Zakir, considering the objection of his to some opponents of Mansour, preferred to pledge his allegiance to Mansour.

Mansour Dadullah in his remarks that broadcasted from the media claimed that the leaders of the Taliban are elected in Pakistan and by ISI. Considering the increasing irritation of the Taliban from Pakistan, this pretension of him would be an effort for encouraging the Taliban warriors to join the group which is under his command. He also mentioned the promises of ISI with him; he claimed that ISI was providing him with one third of the facilities given to the Taliban, but he rejected this request of Paksitan.

The Influence of Mansour Dadullah’s Opposition

The question is that whether Mansour Dadullah would be able to have a huge company of other Taliban with him and actuate it against the new leadership of the Taliban? Considering the personality of Dadullah, performing such a great job by him seems impossible.

Mansour Dadullah is the elder brother of Mullah Dadullah, the well-known commander of the Taliban. During the Taliban regime, he became accused with killing civilians in the North of Afghanistan, therefore, Mullah Mohammad Omar disarmed him, then.

In 2007, Mullah Dadullah died as a result of fighting with foreign forces in Nahr-i Saraj District of Helmand Province and Mansour became his successor, then. His fame was for the activities of his brother and he inherited the title of Dadullah from his brother, also.

In 2008, Mansour Dadullah became dethroned by Mullah Mohammad Omar and his armed men left him alone after the news on his meeting with two English officials named Mikael Sampel and Marwin from the office of European Union in Kabul revealed. After the releasing of a video message from Mansour Dadullah, the Taliban also released a voice message of Mullah Mohammad Omar about dethroning him which was probably recorded in 2007. [1]

After Mullah Masnour Dadullah along with his elder brother, Haji Lala, returned to the Baluchistan State of Pakistan, became arrested by Pakistani forces and remained in prison till 2013. When the government of Afghanistan requested Pakistan to release the leaders of Taliban imprisoned in Pakistan, Pakistanis sent a message to the tribe of Kakar resident in Baluchistan that they are going to release Masnour Dadullah, if it guarantees that he is not going to have activities against foreign forces in Afghanistan. (Mansour Dadullah is from the tribe of Kakar). The elders of the tribe should have the support of the Afghani Taliban, however, the Taliban, considering Mansour Dadullah’s whim, refused giving of such guarantee; as a result, Mansour Dadullah remained in prison for some more months and Pakistanis told him that the Afghani Taliban do not consider him as one of them.

After Mansour Dadullah released from the prison, he started living in Zhob locality of Baluchistan and according to the promise he gave to the tribal elders, he did not have military activities; however, he then went to the Khak-e Afghan locality of Zabul Province and armed men, which more of them were from his own tribe, joined him. Previously, the media was reported that Mullah Mansour Dadullah started supporting Daesh in Khak-e Afghan District, however, he, in his interview with the media, rejected these allegations and claimed that he is still loyal to Mullah Mohammad Omar.

After the news on death of Mullah Mohammad Omar revealed, he recognized that Mullah Akhtar Mohammad Mansour had not wanted him to become released form the prison and due to this, he has put rancor of Mullah Akhtar Mansour in his heart and has done activities against him.

The Future of Taliban’s Internal Disputes

However, Abdulhey Mutmaeen, one of the close friends of Mullah Akhtar Mohammad, with speciosity, said that those who were busy with business instead of battle in the ground do not have right to question the new leadership of the Taliban. He was aiming those leaders of the Taliban who had participated in peace negotiation with Afghanistan which were controlled by Pakistan.

But, now, the objection is being reached to the battle field and this matter can be challenging for the Taliban and their future. If Mansour Dadullah succeeded in having a number of Taliban’s military commanders, of course, the new leadership of the Taliban would face more serious challenges and perhaps it would cause the Taliban to become divided at least into two parts. Daesh can benefit this weakness of the Taliban. Daesh, which could not have significant presence in Afghanistan due to the unity among the Taliban, would be able to consider itself as a successor of the Taliban and it would spread its activities in the entire country with a full confidence, if a group of the Taliban separated from its system and joined Daesh.

The important point is that whether the weakness of the Taliban could have any positive impact on the peace process? Some analysts believe that the government of Afghanistan should get use of this opportunity and through spy agencies, speedup the process of separation and ramification in order to facilitate the ground for those Taliban who want peace to join the government of Afghanistan.

If ramification really occurs in the rank of the Taliban, it would be considered as an achievement for the government of Afghanistan in short-term because it would decrease the pressure of war, however, it, in long-term, would cause the more extremist groups, which would never have an intention for peace, to come to the ground.