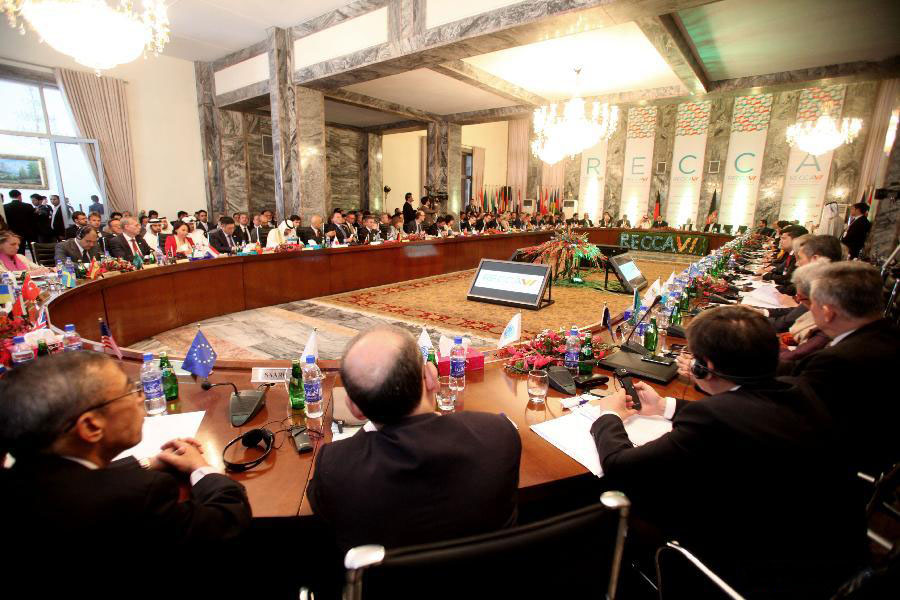 The important conferences of RECCA and SOM were held in Kabul on September 3, 4 & 5, 2015. The first conference was about regional economic cooperation for Afghanistan and economic integration of the region. This was the 6th conference of RECCA that is being held by the Foreign Ministry of Afghanistan in the countries of the region since 2005. High-level officials from these regional countries participated in this conference, also. The conference lasted for two days.

Although, a lot of conferences are held about Afghanistan, however, these two conferences germinated hopes once again. The short, mid and long-term probable impacts of these conferences on Afghanistan’s economic and political situation and its future perspective are discussed below.

The Economic Cooperation Organization (ECO) was established in Iran in 1985, Turkey, Pakistan and Iran were its members at that time; but, after the Red Army withdraw from Afghanistan and the Soviet Union collapsed, seven newly established Central Asian countries were given membership, also. Thus, the efforts on economic integration in the region speeded up and rivalry of Unocal and Bridas started on the TAPI Project, also. Besides that, Pakistan, China, India and Iran also tried to reach to the markets and natural resources of the Central Asia.

The Central Asia Regional Economic Cooperation (CAREC) Program is an Asian Development Bank (ADB) supported initiative which was established in 1997 to encourage economic cooperation among countries in the Central Asian region. The ADB supports it in the fields of transport, trade and energy and has a plan for 2020 in this regard. The Conference on Interaction and Confidence-Building Measures in Asia (CICA) founded in 1999, the Shanghai Cooperation Organization founded in 2001 and the Asian Cooperation Dialogue was established in 2002. However, Afghanistan was in a very bad situation at the times, its transport and infrastructures were destroyed during 10 years of war between Soviet Union and Afghans, it was hit by civil war and was in isolation in international relations. Therefore, Afghanistan could not participate in the mentioned organizations at that time.

In Hamid Karzai’s interim government, Afghanistan made some efforts on becoming member and participating in regional economic cooperation organizations and became a member of SAARC in 2007 and Observer in SCO in 2012.

The first Regional Economic Cooperation Conference for Afghanistan (RECCA) was held in Kabul on December 5, 2005 and six of these conferences are held yet. Overall, the main points of the declarations of these six conferences are as follow:

Also, Fourth Regional Economic Cooperation Conference on Afghanistan (RECCA IV) was held in Istanbul 2010, November 2-3. RECCA participants recommended to improve the a) Infrastructure (Regional Roads, Railways, Extractive Mine Industry, Public-private partnerships and investment to enable commercially viable), b) Trade, Transit and border management (Regional Transit and Trade Agreements, Trade Facilitation, Customs and Transport Infrastructure Harmonization and Upgrade, Enhancement of Border Cooperation), c) Education and vocational training, d) Agriculture, f) Small and medium enterprises and others. And, the fifth conference (RECCA V) that was held in Tajikistan 2012 targeted the similar projects in these fields. At all, we can say that the projects mentioned in the declarations of these conferences, to a large extent, are yet to be implemented.

RECCA Conference and their impact on Afghanistan’s Economy

If the promises given in RECCA are implemented, it would have profound impact on the country’s economy; from a hand, the infrastructure of Afghanistan would be built and from another hand, Afghanistan would become the regional center in the fields of transit, trade and energy. However, Afghanistan yet to be achieved this goal due to lack of fulfillment of these promises on the way they should be.

Afghanistan could receive membership and observer position in some of organizations due to these conferences. A lot of promises regarding TAPI, CASA-1000 and other projects have been made, however, the practical work on TAPI and CASA-1000 projects is yet to be started.

Of course, the main difference of the RECCA VI Conference with the previous conferences is that, this time, Afghanistan has reviewed the economic integration and the projects in the region well. This was the reason that the Chabahar Port, the Lajward Road and the China new Silk Road was discussed in this conference and Afghanistan, due for regional economic integration, did not emphasized on Afghanistan-focused issues, but, it used the term of regional hub instead.[4]

Why the Region does not move towards Economic Reintegration?

The presence of roads, security, peace and political stability are the most important factors for integration in the regional economy; but unfortunately, Afghanistan is lack of all of them. Besides that, there are series of historical problematic cases present in the region that are considered as obstacles toward regional integration; like:

And there are several other reasons that do not let the region to move toward economic integration and that’s why these conferences have not got any significant achievement yet.

SOM Conference and the future of Assistance with Afghanistan

The representatives of donor countries were participated in the SOM Conference, also. The Afghan government presented its performance of the past eleven months and reviewed the promises given in the London Conference (2014) and made other promises for the future, also.

This conference is a preparedness to next year’s Brussels Conference and a struggle for attracting international assistance. The National Unity Government by reopening the case of Kabul Bank and introducing some of the corrupt officials of the Urban Development and Housing Ministry to the Court shows that it is serious in struggle against corruption.

Beside that, the government of Afghanistan gave promises on issues the international community is interested in including human rights and women and children rights, some of them are as following:

First: Afghanistan would prepare a trustworthy budget in the upcoming Brussels Conference;

Second: The situation of human rights would become better until the upcoming Brussels Conference and the government would present a better picture of women rights, then. A new law on children rights would be ratified and the law on preventing violence against women would be implemented well, also;

Third: The peace talks would be improved and the government would take serious steps toward eliminating war until the Brussels Conference.[5]