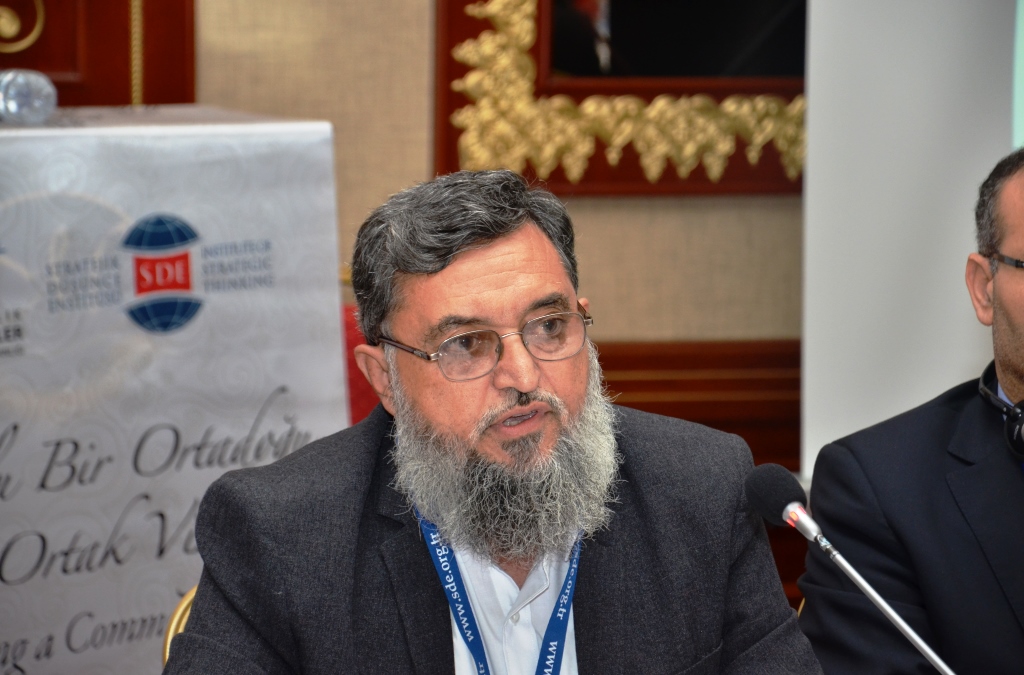 A delegation of Center for Regional and Strategic Studies (CSRS) participated in a two-day International conference in Ankara, Turkey.

The ‘Turkey, Central East, and North Africa relations’ conference was launched in Turkey’s capital, Ankara on 16-17 September. Eighty-five representatives of 24 research centers from 17 countries participated in the conference.

The two-day conference had different parts and representatives from every participated country talked about their countries and the region. Issues like the regional role of Turkey, Arabic world, Afghanistan, India, Yemen, Palestine, and cooperation between research centers were discussed in the conference.

Dr. Sefatullah Qanit addressed the conference on the second session of the second day representing CSRS and Afghanistan. He first talked about historical relations of Afghanistan and turkey and then briefly explained Afghanistan’s current situation. He highlighted need for peace in Afghanistan and role of Turkey in Afghan peace talks.

The participants who made questions and comments about the issue warmly welcomed his speech.

A joint-statement released at the end of conference, which was stressing on the need for such conferences to solve Islamic World problems and for development of research centers and think tanks in the Islamic countries.

Erdogan talked about Islamic world’s situation and highlighted Turkey’s role in the issues of the Islamic countries. He answered participants’ questions at the end of the meeting.

CSRS delegation traveled to Istanbul on 18 September where they met a number of personalities and institutions and returned to Kabul on 19 December 2015.