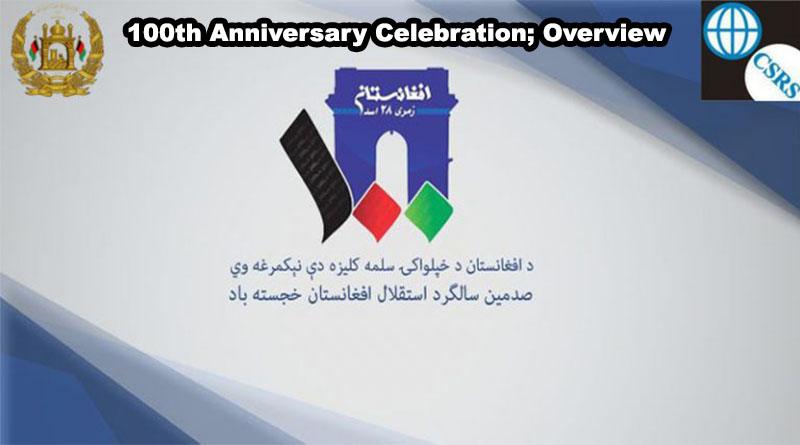 Amanullah rose to the throne in February 1919 after the assassination of his father, King Habibullah. As a fervent nationalist and reformer, he immediately declared full independence from the British, triggering the war of independence (known by the British as the Third Anglo-Afghan War). (2) It was a short war lasting from 4 May to 3 June 1919, and resulted in the end of British control over Afghanistan’s foreign affairs. The war that Amir Habibullah Khan did not do, he defended the war King Amanullah Khan in his style, the Gaza Nara was a heavy cry when the British were in India and the army was invading Iran. Ghazi, who sent a letter of review to the Treaty to England, did not wait and immediately declared his independence.If you compare the strength of the Afghan forces with the British, then the war with the British can only be considered the weakness of the Afghans, a great empire that defeated Germany, Austria and Turkey in Europe, as it did with the Ghazi Aman. Army’s drop, that’s a surprise. The war was unprecedented in every direction; the British and Indian forces and weapons were far greater in every front, they were regular armies, and they were trained soldiers, and they were in a very high position in terms of wealth and supplies. However, the Afghan army, whose total number was more than 60000, was poor and its food and clothing were poor and self-sufficient, and their weapons and supplies were very poor and they could not be fought on account of the British army. Not only in this war, but also in the first and second wars, Afghans were armed with such weapons, and full-handed invaders beat them in the face. Fighting was confined to a series of skirmishes between an ineffective Afghan army and a British Indian army exhausted from the heavy demands of World War I. Nevertheless, the monthlong war gained the Afghans the conduct of their own foreign affairs. A peace treaty recognizing the independence of Afghanistan was signed at Rawalpindi (now in Pakistan) on August 8, 1919, and was amended in 1921. Before signing the final document with the British, the Afghans concluded a treaty of friendship with the new Bolshevik regime in the Soviet Union. Afghanistan thereby became one of the first states to recognize the Soviet government, and a “special relationship” evolved between the two governments that lasted until December 1979, when the Soviet Union invaded Afghanistan.If you follow the second Anglo-Afghan War, history will show you the entirety of the Anglican armies throughout this route; Look, but it does everything Afghans do to help and support them. There is no world power to train, and support them. And this is a continuation of our history, showing us how the Afghans crush huge forces with empty hands.

The greatest achievement of Ghazi Amanullah Khan was freedom of the country. Ghazi had many achievements in business, economics, education, culture, administration, military, air force, routes and communications, city planning and various fields; Ghazi saw great dreams of development for Afghanistan, and those with no passion. And the national sentiment worked to this dream. It is unique in the history of Afghanistan .In the economic sector, work on companies, factories, railways was started, with the aim of connecting railroads to the south of the country. Electric stations were set up and electricity was provided to the factories, several water dams were constructed such as Ghazi Dam and Ghazni Siraj Dam. Aircraft repair and parts factory was established, vehicle repair and parts factory was established, textile factory was established. In order to connect the provinces with the center, work on the telephone and telegram began.

French and German teachers were taught in Habibia and Amaniya high schools in the field of education, 322 primary schools were established all over Afghanistan and by 1927 a total of 51,000 students were studying. There were 3,000 students in vocational schools. Several hundred students were sent to Turkey, Germany, France, Italy and the Soviet Union to study. The budget for education was considered to be the third largest budget after the defense and court budget. A medical school was established and a large library was opened in Paithat.Cultural section has 13 journals published in Kabul and provinces, among them Ershad Al-Nuswan journal, 1919: Mahmud Tarzi handed over the editorship of Siraj-ul-Akhbar to Abdul Hadi Dawi (President of the Upper House of Parliament). The name of the newspaper was changed to Aman-i-Afghan (Afghan Peace) and it replaced Siraj ul-Akhbar. The new paper now served as the official publication of Amanllah Khan. 1925: Radio Afghanistan (Kabul) was established in Kabul by Amanullah Khan.Alongside this came Anis Azadi Opening Week, which was in charge of this week’s Ghulam Mohiuddin Inies? Naseem Sahar was chaired by Ahmad Raab Khan and Nawroz 7 days was led by Mirza Mohammad Nawroz.For the first time during Ghazi, a radio was made and a cinema was performed. The art became the name.During the reign of Ghazi, a constitution was formed, a Loya Jirga was convened, a Shura-e-Khas, or a State Council of Parliament, and several laws were passed. At the time of Ghazi, Afghanistan had 11 aircraft, sending 65 people to Turkey, France, Italy and the Soviet Union for aviation training. The tactical factory was set up, and heavy air guns and thousands of invisible vehicles were imported into the army. Salang and Paktia highways were built and work began on other routes. The Darul Aman was built, civil and military hospitals were established, an X-ray machine was imported to Kabul, and Dar al-Mujunin and Dar-ul-Aitam were built. Ghazi was then employed by the Turks, Germans, and French in the fields of health, education, the army, technical and archeology.

Amanullah Khan’s first major mistake was to leave the country on a six-month-long official visit to Europe, on the one hand to release the plot of Ghazi opponents inside the country and on the other. Ghazi was influenced by the culture and traditions of Europe, and where he took the colors, the paintings of these colors emitted sensitivities in Afghanistan before his arrival.The second major mistake was the Ghazi clash with the traditions and saints of the people, you suppose, if a policeman stops in Kabul city for 7 years and remove the blankets from the heads of the women, and it will be the same across the country. Have a reaction? Then imagine this reaction in verse 5, what was the reaction of people and spirits at that time? Ghazi Amanullah Khan did not remove his wife’s banner in Paghman and urged the people to release his wife from Hijab.This was in sharp contrast to the traditional and traditional condition of the people.At large gatherings, people were forced to remove their clothes, wear trousers, put on night skirts and carry a sash, they were told that others would be wearing night skirts instead of salaam, and this was the case. In Afghanistan, there were no trousers in these numbers and trousers of this size, which made all the new sophisticated reforms funny.Shah extended his holiday on Thursday and forced a bearded rally into the army, calling it all Ghazi as a person who started a dispute with religious clerics. This was a very sensitive issue concerning the marriage which prohibited four women; it was a conflict with religious sects and caused a great deal of debate among the spirits.

Why the 100th Anniversary Was Important?

This year marks the 100th anniversary of the victory of freedom, the anniversary of our ancestors’ 100-year-old sword, this celebration is important because we understand the value of independence, which is why we want freedom. Emotions, emotions, and emotions survive as a national security and keep them in the process and movement throughout the ethnic process.

This summer’s event provided a great opportunity to publish a variety of books and articles on the struggle for independence, and cultural events, roundtables and conferences. Has been. Such a celebration of freedom was also important in responding to the tendencies of those who redefined independence in the demands of modern times and globalization, independence, independence and the Afghans who had defeated the Anglo-Saxon trilateral. The Soviets also defeated, and now the United States is looking for ways to get out of bed, all of which means that the essence of independence has not changed in our country.Regardless of the style and style of the liberation ceremonies, the Ghazi time building was rebuilt, Afghanistan’s ceremonies were seized and a special arrangement was made, so it was a spiritual reconstruction of our history, and it was a healing day of the wounded. The wars of the last half century, such as the Darul Aman, were also inexorably suppressed … In the evil of wars it was necessary to re-assert the great national significance of the faith that was celebrated. On that account, this grand arrangement will not be forgotten by the memory of history….

The observance will celebrate

In the contemporary history of nations, what are some names that they wear on national codes? On this account, it is a national code for Afghans.Generally, there are some mothers in the celebration of freedom that are not given much attention, some of which are mentioned below:First, Ghazi should be referred to the archives of the then powerful writers, historians and commentators of the Islamic world, their books have much to say about them, for example the great historian of the Islamic world at that time and Muftiqar Amir Shakib Arsalan Khatre, Allama Iqbal’s letter on the Amir, Khan Abdul Ghafar Khan’s writings, Khatiq’s movement leaders’ letters and so on are many other sources, among which the Ghazi memorial is unknown.

Second, it is important to have historical interviews with members of his family and especially members of Princess India, Prince Najia and other members of Ghazi Amanullah Khan.The third point is that the war of liberation was a war of the whole nation led by Ghazi, and it is important to consider this war as Afghan, meaning that a comprehensive and united history of winning independence in the future should be talked about. , That all the characters and personalities of freedom should be preserved alive and that this issue will become a common theme all over Afghanistan, and it will be possible for other tribes to join in the war of liberation.The fourth point is that after many and profound achievements, unfortunately the latest reforms that Ghazi Amanullah Khan had invaded Europe, he did not have a national recession at that time, nor was anyone ready to accept him now. The mistakes that Ghazi made in relation to the Slavic Reforms should be analyzed not emotionally but in a scientific and scientific way, and brought about by the euphemism and derision.