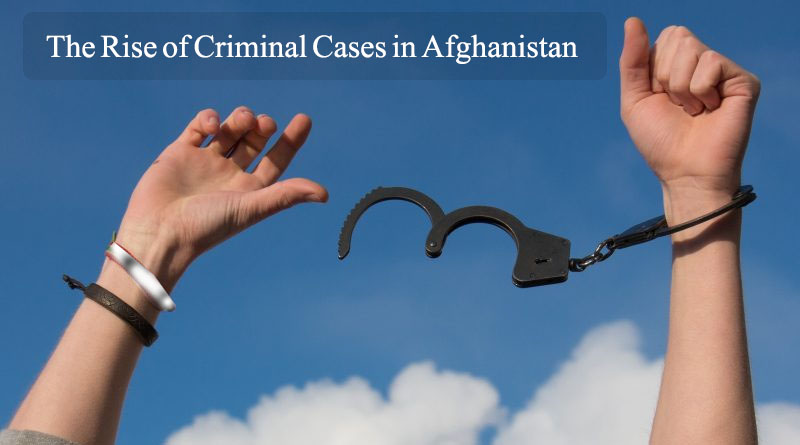 In recent time, the rise of crime in many parts of the country, including the capital of Afghanistan (Kabul), is a problem that has put ordinary people’s lives at risk. In some areas this problem can be exacerbated by the plundering of the country’s wealth, the loss of business burdens, and even the cost of living for the citizens. In this weekly analysis, we have analyzed the causes of crime, the responsibilities of concerned agencies and communities and the Ministry of Interior’s future plans, and the solutions that can effectively draw the graph of these traumatic events.

Criminal events in various countries around the world are referred to as problems that endanger the lives of ordinary people of different communities, impede business engagement and impede the overall security of one community as a whole. Criminal events in Africa, Europe, and Asian countries are known to be a disturbing problem where each year as a result of criminal incidents, Thousands of people are robbed, injured and even killed. Accordingly, under the United Nations Habitat Program in 2016, in the next twenty years, the leaders of countries should play a major role in providing and saving safe cities to the people and the topic of safe cities is the agenda of this year’s meeting. This was discussed among the leaders of the countries as a matter of urgency, The Habitat Program has come under the guise of criminal cases in most African countries since the debate over safe cities, and the reason is for municipalities in these countries to implement the Habitat Safe Cities plan effectively. According to the data, over the past 20 years, 50 percent of the world’s population has come from rural area to urban area. And on average, more than five million people around the world migrate to cities every month and choose urban living, with 95 percent of the population opting for urban living in growing countries. The basic amenities, such as health care, food, public transport, which are the backbone of a city and the region, and the lack of security or the lack of police in the area, are the reasons for the crime. Leads directly, In addition, social oppression, economic problems, unemployment and the like are referred to as problems that can lead to crime in a society.

Other than the ongoing decades of war, one of the main problems facing people across the country is the rise in crime. The reasons for the increase in criminal cases in Afghanistan are also evident; among them are the weakened of the country’s economic situation and rising unemployment, as well as the presence of mafia circles, prolongation of war, and the rise of drug addicts and the public. The lack of awareness can be noted, one of the major problems that has directly contributed to the rise of criminal cases in the country is the dependence of the public on security agencies. While civil society, local leaders and elders, and scholar, without security agencies, are also responsible for criminal incidents that they must do. Afghanistan, which occupies the vast majority of the population, and most young people on the brink of being unemployed, is required to join the bonds and mafia groups that conduct crime in big cities. If the country’s security situation is changing and peace is on the way, it is not far off that the young crusader will find huge job opportunities and this can play a major role in reducing crime. Due to the proliferation of war in remote parts of the country and lack of basic living facilities, the citizens or capital of many provinces have fled to Kabul or settled in the provincial centers as compared to other provincial centers, including Kabul. Are indirect populations settlements in cities, urban systems, public transport and the absence of address and addresses in cities are other problems that have contributed to the increase in crime cases in many parts of the country.

Need for Coordination of Relevant Agencies

On the other hand, the lack of coordination between the representatives of people (Member of Parliament) and the security agencies has led to an increase in criminal cases. However, acting interior minister Masood Andrabi says his administration’s recent achievements and future plans for graphical crime graphs have been discovered so far and more so in the form of constituencies. Style has destroyed it. There are 45 steps to be taken for employment of security agencies, in which the future stages will be reduced to six and civil society and the general public will be accommodated as well. And in the future, co-ordinates, meetings and assistance of the scholar along with the general public, the local leaders and the countrymen will be received. Meeting with various families and getting help from families around the age of 18 who have young children and children make knives, box paws and other smashing tools. And in order to divert young people from these devices, educational institutions will also be conducting various public awareness programs. And in the next few months, all the constituencies in Kabul will change, if there is indeed such mistrust and mafia interference between the security agencies and the Wolesi Jirga, then the campaign to arrest the perpetrators of crime will remain just as a slogan. In order to truly reduce crime rates, it is important that all parties, and especially the Wolesi Jirga, not only direct the attention of security agencies to the downfall of criminal cases, but also to security agencies. Also help to find those who conduct criminal cases against the Ordinary people.

Criminal events that have recently triggered widespread fear across the country, and especially in the capital city of Kabul, require that the government take all relevant agencies seriously to reduce these incidents. First of all, all sides of the ongoing war must increase their efforts to end the war. To facilitate peace that effectively contributes to the reduction of criminal cases, So far, combating criminal cases is not only the work of the Interior Ministry, but many national agencies have to put their efforts in this regard, from their group: