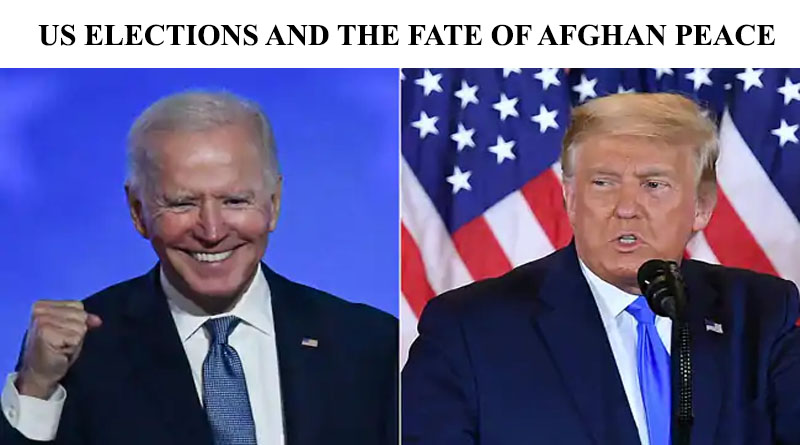 Although the US elections begun on 3rd November, 2020, but the results have still not been officially announced even after 12 days. Preliminary results show that Joe Biden, Candidate of Democrat Party has attained higher votes compared to his rival President Donald J. Trump. However, Trump does not concord with the results and accuses Biden’s campaign of fraud. The clash over the results magnifies while votes are still being counted in some parts of the US. Here, we discuss effects of results of the US elections which are seemingly won by Joe Biden.

Trump vs Biden; US Presidential Elections

Competition between Republican Party’s Donald J. Trump and the candidate of Democrats Joe Biden in US presidential elections of 2020 was tight enough that political analysts could not project the winner. The elections had 65% eligible American voters and had the largest number of participants after 1900.

Donald J. Trump seem to have attained lesser votes due to rise in unemployment rate in US, poor administration of Covid-19, fall in trade with other countries and having the slogan of “America First”. The Coronavirus killed more than 242 thousand Americans. President Trump and First Lady Melania also tested positive for Covid-19 recently. Earlier, President Trump used to consider the virus as ordinary. According to a survey of ABC News, 72% of Americans believed that president Trump did not consider Covid-19 as a serious threat. On the other hand, the “America First” policy shaded relations of the US with the world and affected US’s reputation worldwide. Joe Biden has declared that he will not pursue the policy of “America First” and will have close relations with the allies of the United States.

President Trump has made corruption claims and has expressed that his 2.7 million votes have been deleted from the Dominion Voting system. On 14th November, 2020, President trump spoke to a Covid-19 Media conference about the plans of his future administration regarding the Coronavirus. His speech indicates that he implicitly accepts his loss in the elections. On the other hand, the cybersecurity agency of the electoral system has expressed that elections 2020 were the most transparent elections in the history of the United States and rejects the claims of President Trump.

Biden’s Policies for the US and the World

If Biden wins, the greatest challenge for his administration will be combating Covid-19 which has infected 10.7 million Americans. In addition, reducing unemployment is another challenge for Biden.

Converse to Trump’s foreign policy, Biden has expressed that he will sanction the Paris agreement about climate change which was previously declined by Trump’s administration. This will be a remarkable development in efforts for fighting climate change.

In addition, Joe Biden used to criticize Trump’s policy about Iran. During his electoral campaign, Biden expressed that he will commit to the Nuclear agreement of 2015 with Iran. He accused President Trump of incongruously pressuring Iran and has expressed that he will work on a policy will secure interests of the US in the Middle East. Hassan Rohani, President of Iran is optimistic for the US elections and has stated that new administration in the US will restitute its previous mistakes. However, US’s green light for Iran may not please Arab countries and may have negative impact on the security of the region.

The issue of Kashmir is another complicated matter between India and Pakistan. President trump has previously made statements that he will arbitrate to resolve the issue. On the other hand, Biden has expressed that minorities are oppressed in Kashmir and he work to resolve the issue. Therefore, Pakistani officials are optimistic for Biden’s win and strives to attain support of US’s new administration regarding Kashmir.

Reconstructing political and trade relations with China is another great challenge for Biden’s administration. China has congratulated Biden, though, late compared to other countries.

The Russian government has not congratulated any of the candidates and emphasizes that we should wait for official results of the elections. While during the US election 2016, President Putin was the first to congratulate Trump for his win. Biden has previously accused Russia of interfering in US elections 2016. Hostile and distant relations between the US and Russia can affect their ties and condition of the region.\

Biden and for Afghanistan

As Biden was vice president of US between 2009 and 2017, he therefore has sufficient information about the situation of Afghanistan. He has traveled to many areas of Afghanistan.

After the September 11 incident, the US commenced attacks on Afghanistan and Iraq. During his Vice Presidency, Biden was against the attacks on Iraq.

In 2012, he expressed to CNN during an interview that the US should withdraw all its forces from Afghanistan.  He stated that US’s purpose of attack on Afghanistan was to eliminate Alqaeda. As Alqaeda is currently in weakest state in Afghanistan, responsibility of security should be submitted to Afghan forces and the US no longer wants to remain in Afghanistan. However, in order to eliminate threats, the US will support Pakistan in order to combat terrorism. Biden has previously stated that Afghanistan should be administered by Pakistan, which faced serious condemnations of Afghans.

Earlier in 2011, he expressed to Former President hamid Karzai that Pakistan has 50% greater importance for the US compared to Afghanistan, the golden age of George W. Bush has ended and the Taliban are your problem, as Alqaeda is ours. Hence, His previous statements are seemingly not in favor of a better system in Afghanistan.

Considering his statements, security of Afghanistan may not get better during his administration and bloodshed may persist.

On the other hand, President Ashraf Ghani has congratulated Biden and has hoped that the US will continue its strategic support from Afghanistan.

Biden’s Standpoint about the Doha Agreement

The Doha agreement was signed during Trump’s administration. Considering Biden’s prior statements about Afghanistan, the Afghan nation may not witness a greater advancement in the peace process. The Taliban have proclaimed the US elections are their internal issue. They have requested the US to respect the agreement because some groups whose interests are connected to war are striving to sabotage the peace process, which is not in favor of the US.

On the other hand, 2nd Vice President Sarwar Danish has requested Biden’s administration to reassess the peace agreement with the Taliban and pressure them to reduce violence.

After Danish’s statements, First Vice President Amrullah Saleh during a security conference in Herat expressed that the Afghan government does not officially recognize the Doha agreement because the Afghan government released 5000 prisoners of the Taliban in concord with the international community. Yet, violence still persists.

Such statements of the Afghan officials during the intra-Afghan dialogue can give opportunity to the US to easily discard the peace agreement for their own national interests.

On the other hand, US security officials believe that the US pullout is based on consideration of circumstances. If interests of the US are threatened, they will stay in Afghanistan.

After the Doha agreement, violence is still intensifying in Afghanistan. A former security advisor of the US National Security has expressed to BBC that the Doha agreement was the biggest failure of Trump in foreign politics. He believes that the Taliban and the US have allied against the Afghan government.

Mark Esper, Former US secretary of defense has sent a letter to the white house and has expressed his concerns about the US pullout. He has stated that the US should not haste while withdrawing from Afghanistan.

Considering Biden’s prior statements about Afghanistan, his administration may not be interested in the success of the peace process. As a result, the current peace efforts may face dead-end. By bearing in mind US’s security officials declarations, Biden will therefore allow presence of a certain number of troops in Afghanistan, converse to the Doha agreement. Later, further steps regarding the future of Afghanistan will be taken considering the interests of the United States, since their interests are always prioritized compared to the Afghan peace.

Henceforth, the Taliban and the Afghan government should take effective step for the success of the peace process. Both sides must declare ceasefire because victims of both sides are Afghans. If the war persists, it will give opportunity to the enemies to interfere in the peace process for their own interests and somehow eliminate the Doha agreement which was considered as an important step towards peace.