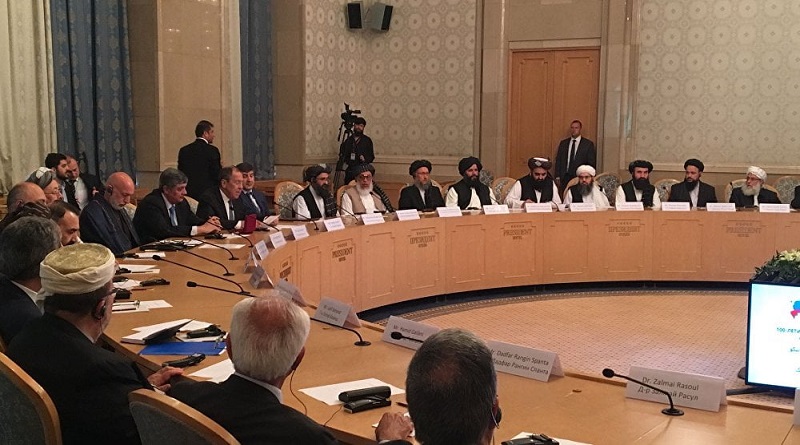 Although the intra-Afghan dialogue did not commence according to the expected schedule, but even with its late instigation, so far, the Taliban and the Afghan government have only been able to work on the agenda of the dialogue. The talks were later affected by the results of US elections which were won by the democrats and Joe Biden was elected as the president of the United States. Both sides were waiting for the new government’s foreign policy about the Afghan peace process. The United States government proclaimed that the Doha agreement will be reviewed and reevaluated. This proclamation apparently indicated that the agreement may face challenges. As a result, the Taliban regressed from the talks visited some countries while the delegation of the Afghan government was still in Qatar.

Policies of the New US Government About the Doha Agreement

Apparently, there is no dramatic change in the policies of the United States about the Doha agreement and Afghanistan. Some points of the agreement such as, the US pullout in May 2021 might be reconsidered. The US officials have also expressed that the withdrawal schedule of the US forces will be reevaluated, since implementation of the pre-agreed schedule will lead to various challenges in Afghanistan. The foreign forces will probably stay for the duration of one year or less and the Taliban will also have to accept the new timeline.

On the other hand, NATO member states also did not take a solid stand about Afghanistan and depended their decision on the future circumstances. The US has also assured its allies that they will be consulted before a decision is made. Therefore, decision of the NATO member countries is linked to the US and they will together decide about the future of Afghanistan. US secretary of State has declared that they are committed to peacefully and diplomatically resolve the issue of Afghanistan.

Although it has been a while since the result of US elections, but the peace process has not progressed as expected. The Taliban and the Afghan government are seemingly passing time and the process is nothing but a drama.

Latest of the President With Prominent Figures

President Ashraf Ghani had several meetings with prominent political figure in the presidential Palace recently. Rumors are that soon there will be a gathering of well-known politicians of the country which will accelerate efforts to establish an alliance under the leadership of the Afghan government.

To end the prolonged calamity of Afghanistan, both sides need to make sacrifices. If the Taliban are waiting for a change in circumstances and strive to attain bigger portion in power without considering other aspects of the war, any beneficial outcome, therefore, cannot be expected. Similarly, if the Afghan government persist to make excuses to reach an agreement until the government completes its duration of power, the people will not witness a peaceful resolution. Therefore, both sides should sacrifice some of their demands and desires and should feel for their war-torn nation. They should unstiffen their standpoints and put an end to the pain and sorrow of their people. In order to do so, national sides and parties should not be disregarded and demeaned, as doing so can lead to anarchy and civil war.

War Is in No One’s Interest

The bloodstained war of Afghanistan takes the lives of dozens of people every day. Many academic figures, scholars, civil activists, and journalists are being killed in the rising number of targeted killings and assassinations. Afghans have lost their patience and stagnation in the peace process has led to further anguish and distress. Although every Afghan sees peace negotiations as the only solution to war, but converse to people’s hopes and expectations, the Afghan government strives to remain in power and the Taliban have increased their efforts to have a bigger portion in the upcoming government of Afghanistan. The current peace process is nothing else but to deceive the people.

Since the first day of intra-Afghan dialogue, it was expected that the talks will not have fruitful results and the negotiations will be affected by political pressures of the international community. And as expected, the talks seem to have no convincing results. Apparently, a conference similar to the well-known Bonn conference is expected to be conducted to decide the fate of Afghanistan.

Even if to is decided to conduct another Bonn conference or a similar event, the main focus should be to avoid extension of war and facilitate a political concord. The war is in one’s interest. None of the sides can reach their objectives through bloodshed, neither they can resolve the problem through eliminating their opposition. In addition, the current opportunity of peace and negotiations should not be wasted, as it is probably impossible to find a similar opportunity in the future.