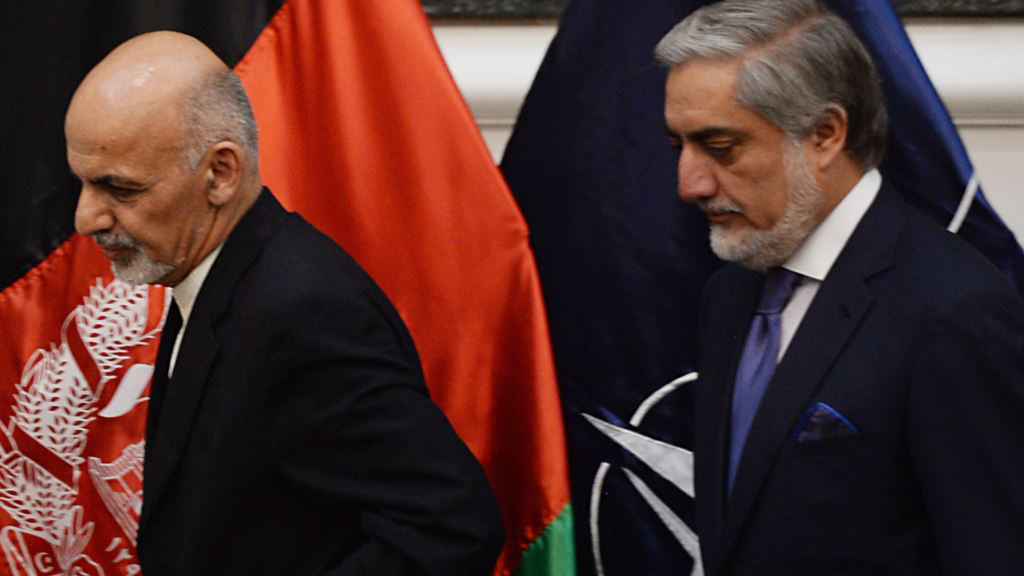 A year has passed, however, the National Unity Government (NUG) is yet to become a symbol of unity; moreover, inconsistency and differences in the position of its members on important and critical issues in the country is sign of deep differences among them.

That’s why every time one of NUG’s members talks and gives a promise to the nation, the people do not take these promises seriously, because, perhaps, another member of it, with a contradictory word, is rejecting this promise.

However, it is not only NUG that is affected, but the foreign countries are also faced with a similar problem when it comes to the matter of Afghanistan; and the reflection of this confusion has reasons in such a situation. The foreigners, sometimes by leaving the country and sometimes by continuing their presence, give the impression that the International Community is also extremely confused in Afghanistan.

From Disputes to Lack of Coordination

The Deep frictions among the NUG is emerged from the lack of planning that has caused this government to go towards an entirely uncertain course. The people of Afghanistan had thought that it would witness a brighter future in Afghanistan, if only Hamid Karzai leave the power and Ashraf Ghani, who was emphasizing on meritocracy and plan during his presidential election campaign, became the President. However, the lack of coordination in the conduct of the government increased after a while. Today, a few people in Afghanistan believe in the promises given by the government and this issue has widen the gap between the government and the people more than Hamid Karzai’s era.

President Ghani, during his election campaign, was considering peace as a first priority of his government, however, after he took power, he chose, according to his own perception, the easiest mean to achieve the peace, and it was providing privileges to Pakistan. Two meetings that were held in China’s Urumqi and Islamabad’s Murree had not got any achievements. This policy, which caused the relations to become cooler with India, faced a total failure after the disclosure of the death of Mullah Mohammad Omar and, then, the relations between Kabul and Islamabad also badly deteriorated.

The friction over signing the intelligence agreement with Pakistan became problematic for the government and hence the NUG’s CEO Dr. Abdullah criticized it. The Ashraf Ghani’s party became obligated to deny the signing of any kind of MoU with Pakistan and to consider inking of a document for exchanging intelligence only as a primary step in order to build confidence between the two countries.

While Ghani calls the armed opposition as (political opposition) and keeps the door open for negotiations, however, his senior adviser Ahmad Zia Massoud says that efforts to make peace with the opposition are vain and waste of time.

Salahuddin Rabbani, the Afghan foreign minister, in his meeting with the Chinese government’s special representative for Afghanistan and Pakistan, Deng Xijun said that the Afghan government has open the doors of peace to those who want to return to a peaceful life. However, it will fight against the elements and individuals that disrupt peace and security in the community.

On the other word, the government makes peace with the opponents that surrender and fights against those who fight. In this case, peace should be made between the government and the group which it fights.

The fight against corruption was another important slogan that Ashraf Ghani was chanting during the Presidential Elections, and was calling on the people to support him. In his first action against corruption, he tasked the judicial institutions to review the biggest corruption scandal of Afghanistan’s history, “the Kabul Bank Scandal”.

Although, the review of this case had a more symbolically aspect, and Ashraf Ghani, by reopening the Kabul Bank Scandal wanted to convince the international community; because the international community conditioned its aid to Afghanistan to tackle corruption, and specifically solve the Kabul Bank Scandal. But suddenly people saw on TV news that Khalil Ferozi, the biggest embezzler of Kabul Bank that the court had sentenced him to ten years of imprisonment, was freely standing alongside the senior government officials including Ahmad Zia Massoud, the Special Representative of the President of Afghanistan in Reform and Good Governance and the Minister of Urban Development Affairs and Housing and, was inaugurating the township in the capital Kabul called “Smart City”!

The outcry of media prompted the president to cancel the contract of this city with Ferozi; in the case, the people close to the President were involved in this adventure. When the Minister of Urban Development Affairs and Housing was asked about this issue, he said that the Legal Adviser to the President sent three letters to him and asked him to sign this contract with Ferozi.

The question is that how can the Legal Advisor to the President violate the decision of the Court and not only release this person (Ferozi) from the prison, but also order a contract worth tens of millions of dollars to be signed with him? If it was his personal decision, he should be tried in court; but if he was ordered by the president, Ashraf Ghani should answer the people of Afghanistan and the international community in this regard.

The Afghan Minister of Refugees and Repatriation said regarding those Afghans who, by accepting the risk of death, has reached to Europe that the return of these people should be in accordance with the international conventions on refugees and they should not be forcibly returned to Afghanistan; however, the President of Afghanistan said that the government of Germany has the right to not accept the refugees and to return them to Afghanistan.

On Wednesday, November 4, Jeff Davis, the spokesman for Pentagon in a press briefing in Washington answered the questions asked by the reporters and said some things that was widely coverage in the international media. He said that the Washington considers the Afghan Taliban as an important partner in the peace process in this country and it does not account this group as “terrorist”. America does not intend to target the Taliban. It named only Al Qaeda and Daesh as groups targeted by Washington in Afghanistan.

Three days after this press conference, the press office of the Defense Department of America said that these words of the mentioned spokesman of the Defense Department were not accurate. For the justification of these words of Mr. Davis, it was told that his aim was that the Taliban does not have other choice but to join the peace process, if it wants to have legitimacy.

Although, the American Defense Department justified or corrected the expressions of its spokesperson, but it is remembered that the spokesperson for the Pentagon earlier in December, 2014 has said that his country, after January 2, 2015, will target those Taliban whose actions are a direct threat to U.S. security.

The conclusion of this discussion may be short. Considering this, the situation in Afghanistan would not become better and its main factor is also the structural problem in NUG. Overthrowing the government is not a solution to this crisis, but it can also expand the scope of the crisis. However, bringing reforms in the government would tackle to some extent the crisis the country is faced with, but how should this be done? The key to this is again in the hands of those who have established this government.