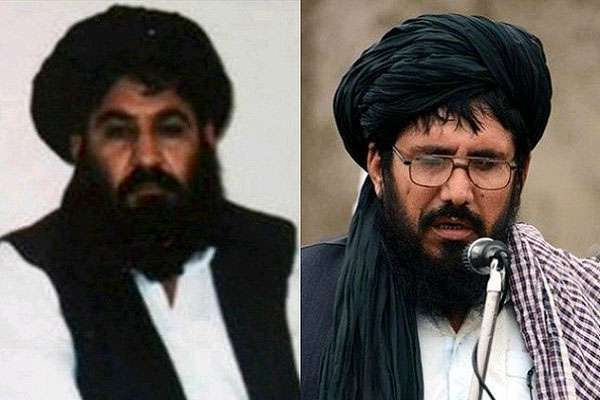 Last week, the news on the breakaway group of the Taliban widely broadcasted in Afghan and international media. The Taliban splinter group which names itself “the High Council of Afghanistan Islamic Emirate” appointed Mullah Mohammad Rasool as its leader in a meeting in Western Farah Province.

Before that, a lot of the leaders of this new group were against the leadership of Mullah Akhtar Mohammad Mansour; however, in practice, these disputes opened a gateway for a new group to be separated from the Taliban, now.

Taliban was the only group in Afghanistan that yet to face a breakaway and fraction; however, it seems now that this group is also passing through this experience. What would be the impact of the Taliban splinter group on the Taliban itself and the peace process? It is discussed in this analysis.

The Background of the Taliban Internal differences

The family of Mullah Mohammad Omar cleared in its position that: “We neither support nor oppose any party, whether it’s Mullah Akhtar Mohammad Mansour’s or others”. The disputes among the Taliban increased specifically after the Mullah Mohammad Omar’s family announced its impartiality and both Mullah Akhtar Mohammad Mansour and the opposition started its efforts to gain the support of this family.

Mullah Abdul Qayyum Zakir, the former head of the Taliban Military Committee that had resigned a few months ago and was considered as an important opponent of Mullah Akhtar Mohammad Mansour and there were also rumors about him that he oppose the new leader of the Taliban. On July 31, 2015, he clarified his position in an official declaration and said “these rumors are baseless…I serve with my entire energy…I obey well than every other” [2]. This letter of clarification of Mullah Abdul Qayyum Zakir strengthened the position of Mullah Akhtar Mohammad Mansour to a large extent.

Tayyib Agha, the former head of the Taliban Political Office (TPC) in Qatar had resigned at that time, also. He, in his resignation letter that was broadcasted through media, considered keeping the death of Mullah Mohammad Omar secret for two years and appointing the new leader outside the country as a “historical mistake”. Besides that pointing to the present disputes among the Taliban, he said that “he will not support any party in the present internal disputes among the Taliban” [3].

The Breakaway faction of the Taliban Movement

Taliban was the only group in the modern history of Afghanistan that has not experienced breakaway and fraction; however, some individuals like Mullah Mutaseem Agha Jan separated from the Taliban and a lot of efforts on splitting this group were done; but the Taliban was still able to save its rank from the fraction.

Support in the Battle Field

Basically, the power of the Taliban is based on Ulema, the Ulema Council, military commander and fighters. Every group that has a lot of support of the mentioned parties would be the most powerful group.

However, the breakaway faction of the Taliban does not have the support of a lot of the Taliban fighters in the battlefield; but some individuals like Mullah Mansour Dadullah can be considered as a potential threat to the Taliban in some provinces. Therefore, after the splitter group officially appointed its leader in Farah province, the pro-Akhtar Mohammad Mansour Taliban and Ulema held a gathering and once again declared their support from Mullah Akhtar Mohammad Mansour[5]. Need to be mentioned that Mullah Mansour Dadullah will not be able to gain the support of the Taliban fighters because he was dismissed by the late leader of the Taliban, Mullah Mohammad Omar and his actions were also criticized in one of Mullah Mohammad Omar’s voice messages. On the other side, Mullah Mohammad Rasool appointed Shir Mohammad Akhundzada, the son of Mawlawi Nasrullah Mansoor from a famous Jihadi family as his military deputy, in order to gain some support for his group; however, the family of Mawlawi Nasrullah Mansoor denied its relation with this new group and said that “it rejects the efforts that cause separation in the Jihadi rank”.

The Breakaway Group and Daesh

Soon after the splitter group of the Taliban announced its existence, the international media broadcasted some news which showed this group has joined Daesh; however, the newly appointed political deputy and spokesman of this group, Abdul Manan Niazi, in an interview with Aljazeera, denied the ISIL association and added that “We will never join them. Their ideologies are different; they come from a different background and a different history, we can never ask for their support” [7].

However, the breakaway fraction denies the ISIL association; but Mullah Akhtar Mohammad Mansour consider Mullah Manoor Dadullah, one of the splitter group’s leaders associated with Daesh and call the latest clashes between the Taliban in Zabul province as fight against Daesh and Mansoor Dadullah, who they claim associated himself with Daesh, not against the breakaway group [8].It seems that there is a probability of joining this newly breakaway group with ISIL, and this is likely to be after the breakaway fraction is subdued by the group of Mullah Akhtar Mohammad Mansoor.

Impact on the Taliban and the Peace Process

What would be the impact of the breakaway group on the Taliban unity and military power? As for the first time the group separates it from the Taliban due to deep frictions with it, now the Taliban would try to subdue this new faction and would fight with this splitter group as like it fights with ISIL. Thus, they alongside the Afghan government, foreign forces and ISIL would also be involved in a new fighting with this group.

[1] The letter of clarification by Mullah Abdul Qayyum Zakir, a member of the leadership council of the Taliban, See Online:
http://shahamat-english.com/letter-of-clarification-by-the-respected-mullah-abdul-qayyum-zakir-a-member-of-leadership-council-of-islamic-emirate-of-afghanistan/

[5] For the report of this gathering, see: