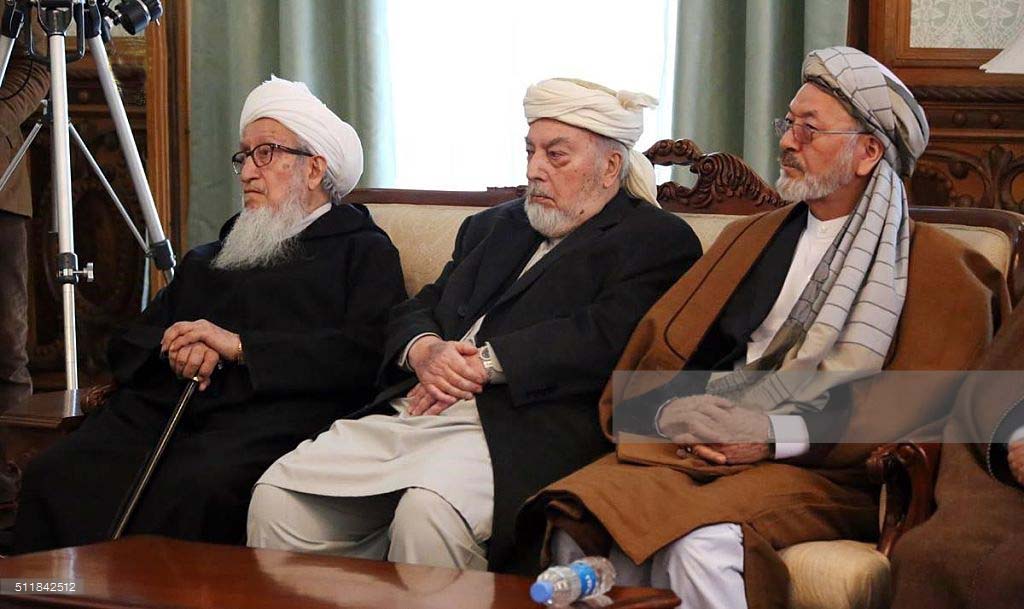 The National Unity Government (NUG) announced the new chairman and authorities of the Afghan High Peace Counci (HPC) after one year delay during a special ceremony on Sunday 22 February 2016. Pir Sayed Ahmad Gailani, a former Jihadi leader is appointed as the chairman of the HPC and Mohammad Karim Khalili, Habiba Surabi, Ata-Ullah Salim, Malawi Khayber, Haji Din Mohammad and Malawi Khedam are appointed as the deputy chairmen of the council.

The Afghan government appointed the new authorities for the HPC two days before the fourth quadrilateral meeting and according to the joint press release of this meeting, the Afghan government and the Taliban are to talk directly in the first week of March in Pakistan.

What role has the Afghan HPC played in the Peace Process? What will be the impacts of the new structure of the HPC on Afghan peace process? These are the question we try to answer here.

The need to form HPC!

The years after 2008 were the bloodiest years for American soldiers, as in 2009, an American soldier Bowe Bergdahl was captured by the Taliban in Paktika. Thus, Americans were also convinced to include negotiations in their “war strategy” against the Taliban.

On the other hand, the Afghan government also began talks with individual Taliban members. However, most of the talks were conducted with fake Taliban (who were not real Taliban) but some real Taliban members were also among them. Later in June 2010 the Afghan government called the “Peace consultative Loya Jirga[1]” and due to the recommendation of this Jirga the Afghan HPC was established which was later followed by the “Peace and Reintegration Program”.

Evaluation of the Afghan HPC

If one evaluates the Afghan HPC briefly,he would recognize that:

Based on the statistics of the United Nations Development Program (UNDP), from 2010 to the third quarter of 2015, approximately 10578 armed individuals joined the peace process, 988 of which were the leaders of the armed oppositions and they have also handed over around 8101 light and heavy weapons to the Afghan government. [2]

The terms “armed individuals” and “their leaders” can be questioned; it is also a question whether have this number of the armed opposition leaders really joined the peace process because according to the local experts, in the areas where the program was implemented, it was politically dealt with and thus the responsible authorities distributed the money among their own followers.

From the very beginning of its establishment, the HPC has spent a large amount of money, but it still has failed to bring the Taliban to the negotiation table and thus all these monies are wasted.

Although, neither the Afghan government nor the HPC has informed the Afghan people about the expenditures of the HPC; but according to the statistics provided by NGOs, about $782 million are spent for the” Peace and Reintegration Program”. [3] Based on the statistics of UNDP, the donor countries have donated $131.766 million to Afghanistan in connection to its peace and reconciliation process. [4]

Reasons behind the failure of the Afghan HPC

Due to the following factors the Afghan HPC failed to bring peace in the country:

Lack of a specific mechanism and policy for peace: since its establishment on 5 September 2010, the Afghan HPC does not have a specific and comprehensive policy to bring the government’s armed oppositions to the negotiation table. In this regard its major policy was the “peace and reintegration program” which the Taliban considered “complete surrender” to the Afghan government and not the program for peace. Thus, lacking a realistic policy was a main factor of HPC’s failure.

Lack of independence competence: beside the lack of policy on peace and reconciliation, the HPC was not offered competence and independence required to act independently in the Afghan peace process.

Anti-Taliban figures in the council: most of the HPC members are anti-Taliban figures who precede fighting against them; and the Taliban does not trust them and are suuspicious about their will for peace. Thus, this is one of the main reasons for the Afghan HPC’s failure.

Lack of coordination: generally people with conflicting thoughts are gathered in the council. On one hand a number of the former Taliban (such as Abdul Hakim Mujahed who was formerly acting HPC head) owns the membership of the HPC; on the other hand, some anti-Taliban elements such as Usrad Sayaf are gathered in the HPC. thus non coordination and contradictory thoughts of the council’s members have led to major problems.

Political bribery: judging the people who were appointed as the HPC’s head by the Afghan government, one can conclude that this position was used as a political bribe. On the other hand, the provincial authorities of HPC used the council for their own political interests and thus financially benefited their followers.

The new leadership and the council’s role in peace talks

The former Afghan president always emphasized on the Afghan HPC as the only address for negotiation with the armed oppositions, but when Ashraf Ghani came to power, he relied on Pakistan and China and mostly carried out the peace talks through representatives of the Presidential Office and the Afghan Ministry of Foreign Affairs. Thus the Afghan HPC was marginalized from the Afghan Peace Process.

In the Murree talks where for the first time the representatives of the Afghan government talked face to face with the Taliban the council’s role was limited.

The very fact that the representatives of the Afghan Foreign Ministry participate the quadrilateral peace meetings between the Afghanistan, Pakistan, the United States of America and China, on one hand shows that the Afghan government does not trust the council and on the other hand it explains the council’s role in the Afghan peace process. On the other hand, no remarkable change has occurred in the structure of the HPC and still it seems that the positions in this council is being offered as political bribe.

[1] Loya Jirga is the grand assembly in Afghan traditions.

[2] Read the UNDP report by clicking on this link:

[3] In this regard see the Pajhwok report: